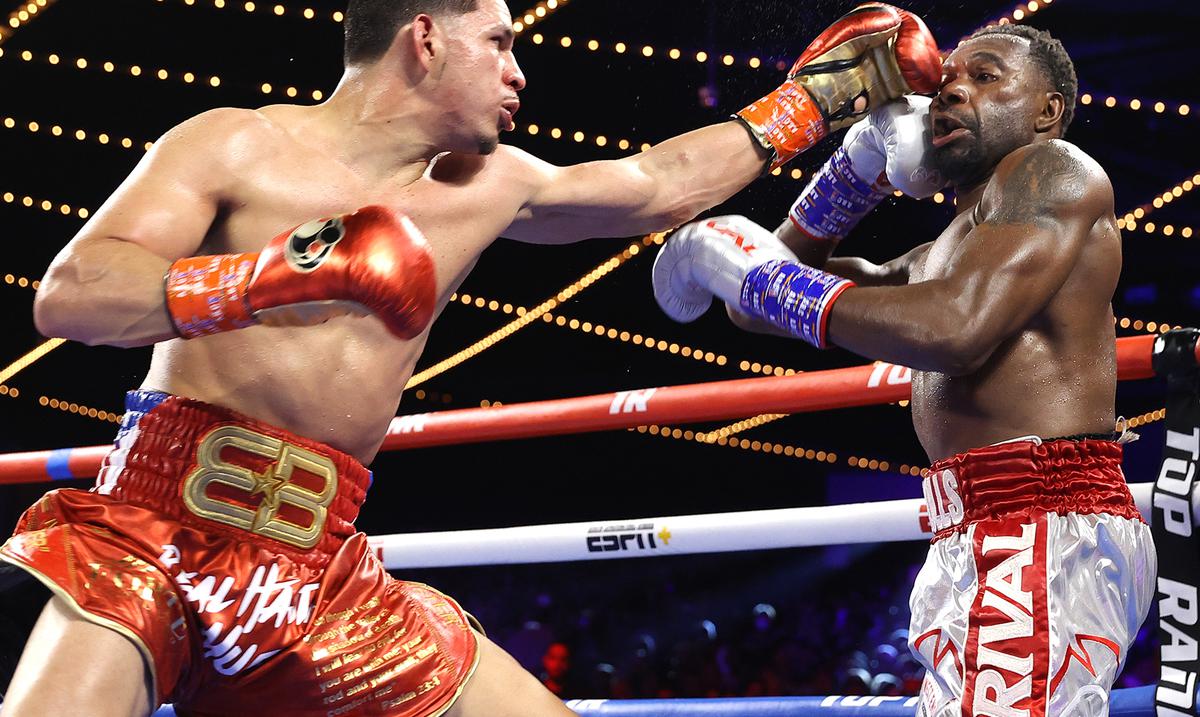 The traditional boxing cards on the eve of the Puerto Rican Parade in New York will return.Puerto Rican boxers Edgar "The Chosen One" Berlanga and

The traditional boxing cards on the eve of the Puerto Rican Parade in New York will return.

Puerto Rican boxers Edgar “The Chosen One” Berlanga and Xander Zayas confirmed separately that they will participate in a card that Top Rank will present on June 11 in the Big Apple.

Berlanga, NABO World Boxing Organization (WBO) champion at 168 pounds, was at promoter Bob Arum’s office to sign the contract. The heavy hitter is coming off a 10-round unanimous decision over Steve Rolls. In fact, it’s Berlanga’s second fight in a row going to the max after starting his career at a paid level with 16 first-round knockouts.

Meanwhile, Zayas also posted on social media that he will share the stage at Madison Square Garden with Berlanga again. The 19-year-old is in Sydney, Australia, training for his return to the ring.

Camp has begun here in Australia down under. See you guys June 11th puertorican day parade in NYC.🇵🇷🗽#boricua #watchmerise#TeamXander #YoungKing

Camp has started here in Australia. See you June 11 at the Puerto Rican parade in NYC🇵🇷🗽 pic.twitter.com/Yw054mSSyg

“Camp has started here in Australia. See you on June 11 at the Puerto Rican Parade in NYC,” Zayas wrote.

Holding boxing events the night before the Parada that runs along 7th Avenue was popularized by Top Rank with figures such as Miguel Cotto and Iván Calderón, among others.

Loading...
Newer Post
MotoGP – Portuguese GP 2022: In Portugal the kings are the children
Older Post
Tyson Fury: Boxing has been both the creation and salvation of Britain’s arguably greatest heavyweight of all time.