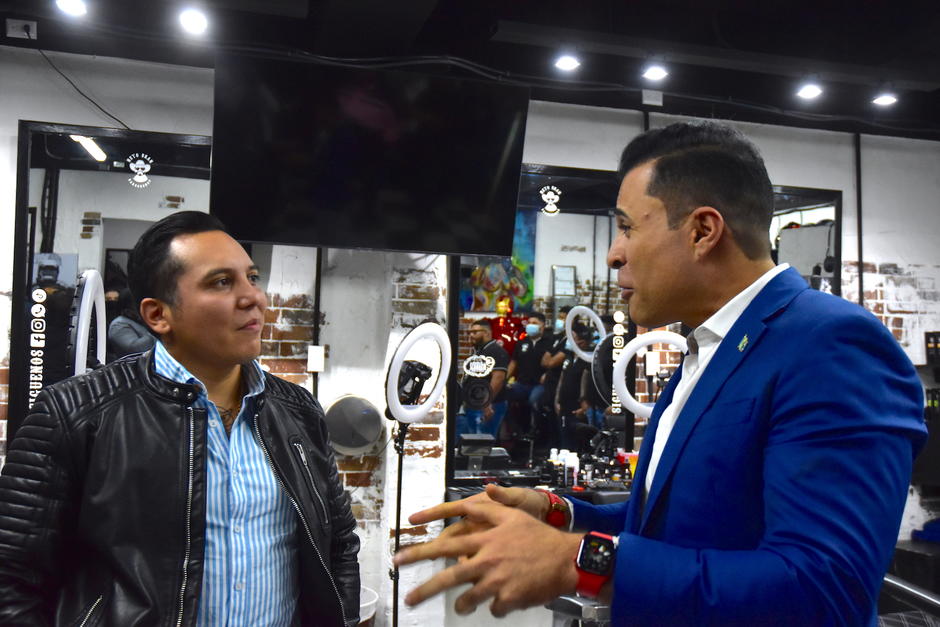 The Mexican singer Edwin Luna paid a visit to Guatemala to talk about various topics about his career. IN CONTEXT: This is how Guatemalan followers

The Mexican singer Edwin Luna paid a visit to Guatemala to talk about various topics about his career.

IN CONTEXT: This is how Guatemalan followers received Edwin Luna

Edwin moon, vocalist of La Trakalosa de Monterrey, was the first international guest on a podcast that he directed Neto Bran, mayor of Mixco.

However, what was not expected by the mayor of Mixque was the series of jokes played by the guest.

One of the most prominent in the conversation was when Moon told Bran that you had to prepare for everything, even to get into the boxing ring.

In addition, the Mexican told Bran that he was very brave to keep a photo where he is with the boxer outfit on display.

Edwin Luna added that he has seen in networks that there is another mayor who has challenged Bran to a fight, so he advised him to prepare a little more if he decides to fight again.

Bran, who spread his combat readiness on social media, was defeated in the first round.

Tags: Edwin moon, fight, Net Bran
Andrew Lewis. The day a glass of milk made him lose a fight
National Youth Boxing Championship will have its final day in La Magdalena
Boxer dies after receiving a knockout in a fight without gloves
BOXING 1362

Loading...
Newer Post
Golf course companies expose need for water to CHS while concessions are resolved
Older Post
Jazz and Clippers stay in the fight on an easy day