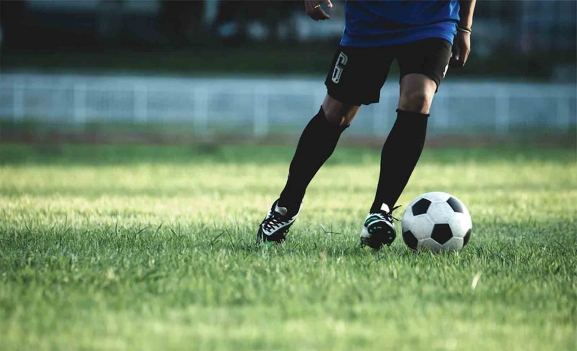 The veteran futsal marathon from the province of Soria returns to El Burgo de Osma on the weekend of August 20 and 21. The XXVII Edition of the 24

The veteran futsal marathon from the province of Soria returns to El Burgo de Osma on the weekend of August 20 and 21. The XXVII Edition of the 24 hours of Álvaro Aparicio futsal return this month to the sports facilities of the Dehesa de Osma where they were born in 1991.

The winners of the championship will win a cash prize of 800 euros and a commemorative trophy. The second classified will receive 500 euros and a trophy and the third and fourth 250 and a trophy. There will also be recognition for the tournament’s best player, top scorer and sportsmanship.

The councilor of the branch, Luis Cuesta, recalls that it is a dean tournament at the provincial level since it was the first experience of this type that was launched in Soria. This year celebrates its XXVII edition after starting in 1991 and only with the interruptions derived from the pandemic and the works in the sports facilities.

Cuesta recalls that the championship is important because of its experience and tradition, but also because of the high level of the participating teams. Groups arriving not only from other parts of the provincial territory but also from Zaragoza, Guadalajara, Madrid, Bilbao, Segovia or Barcelona have traveled to this tournament. Up to 37 teams have participated in some editions of the 24 hours of El Burgo de Osma, extending its duration well beyond one day.

In addition, the quality of the facilities in which the tournament will be held cannot be ignored, with two very well-equipped sports centres, one of them recently renovated, and an outdoor court. We must also value the experience of the organization since some of those who are part of the team have been working in this tournament since its creation in 1991. Luis Cuesta highlights the great fans of futsal in the town and recalls that during some years, two local leagues were even held: the first and second divisions, far exceeding twenty participating teams.

Another fundamental point in favor of the tournament is that of the professional who gives it its name: Álvaro Aparicio, with roots in El Burgo de Osma and who is always present in the competition. Aparicio played as a professional in teams like El Pozo Murcia, Caja Segovia and Inter Movistar; in his record he has 3 European Cups, 4 Leagues and an Intercontinental Cup. In addition, Álvaro Aparicio was one of the most recognized players of the Spanish Futsal Team, wearing his shirt 120 times.

Those interested in participating must formalize their registration, with a fee of 50 euros per team, before August 18. Requests are collected on the telephone numbers 678012052 and 686015089. The 50 euros include the refereeing, the timing and two bottles of water per team and match. In addition, the organization guarantees that each formation will play a minimum of two games in the competition.

You can check the tournament poster here.