El Chino Maidana, from his nights of glory to his present as a promoter 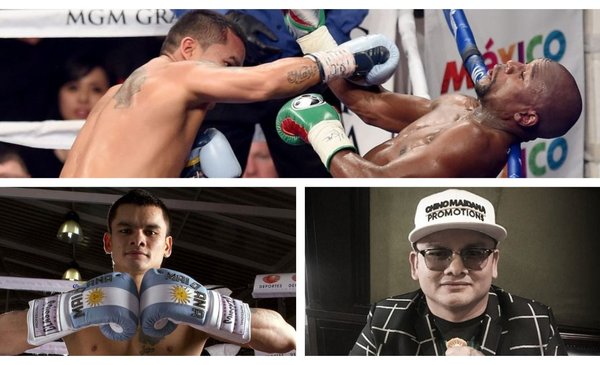 El Chino Maidana, from his nights of glory to his present as a promoter

Marcos René “Chino” Maidana turns 39 this Sunday, July 17. The Argentine boxer born in Margarita, province of Santa Fe, made an important journey at the boxing level since its inception as amateur to what was achieved as a professional. In this note, El Destape details what were the high points of his career, the two historic fights against Floyd Maywheather and also his present as a promoter in the sport of fists.

In only 10 years since his debut in the ring as a rented boxer, the santafesino left on the way several men in the ring who at some point set a trend. With the occasional controversial ruling -as is usual when fighting as a visitor- Maidana never stopped going to the front and fighting for his goal, to be world champion. And boy did he pull it off, since he did it in two different categories and against important rivals that did not make it easy for them.

After having an interesting amateur journey, in which he won two national championships (2002 and 2003) and was part of the national team, “Chino” took the big step to professionalism. His first 16 fights were held in our country and, later, much of his career was spent in the Old Continent and the United States. Most of his victories were on the fast track. (31 knockouts in 31 wins) and its five defeats were given through the cards -almost all with controversy-.

Maidana had epic crosses that are worth highlightingsince they forged the boxer who later made history in Las Vegas. June 12, 2004the ring of Corrientes Regatta Club received a young Marcos Maidana who was looking for his first triumph as a professional and He did it against Adan Basilio Mironchik by KO in the first round. His first title shot came just two years later. In the Buenos Aires Lawn Tennis Club was measured against the Panamanian Miguel Callistbeat him via chloroform in the third round and He won the World Boxing Association (WBA) Fedelatin super lightweight belt.

In 2009, he arrived as a candidate and undefeated for the chance to be world champion and was not far from winning it. He faced before the Ukrainian Andreas Kotelnik and lost in a split decision (and for others controversial). They deprived him of the chance to win WBA super lightweight world titlebut nothing stopped him and he went for more. Four months later he waged a real war against Víctor Ortiz and kept the interim crown of the aforementioned entity, which it withheld three times.

In 2010 he lost for the second time in his career and went for the regular title against the British Amir Khan in Las Vegas. He recovered shortly after with a memorable victory against a historic as Erik “Terrible” Morales and then added one more victory against the Russian Petr Petrov. The change of category for the next duels, “Chino” Maidana did very well. He started to fight welterweight and before coming to the fights with Maywheather he was measured against Adrien Broner.

The confidence of the American overflowed the ring of the MGM Grand in Las Vegas. The world title of said division, for the World Boxing Association, was at stake and the Argentine was going for the heroic, as a visitor and against an experienced and self-confident rival. All his confidence came crashing down when Maidana outclassed him throughout the 12 rounds and kept the belt. Of course, it was just an appetizer for what came after.

If something characterized this duel and marked the career of the Argentine boxer for the rest of his life, it was the money that was at stake. a lot of people in the world paid to be able to watch these exciting crosses and only in the first of them about 63 million dollars were raised, which were divided among the long-distance runners. Beyond the defeat, unfair indeed, it served “Chino” a lot for the future.

Already in the second fight the story was different, but the result was not. Floyd won with ease and it was the last official fight that the Santa Fe made. Maywheather won three more and never entered the ring again. to fight professionally. Both of them they faced their lives to be promoters and the Argentine stands out in our country and in the world.

Chino Maidana Promotions, its beginnings and its present in Argentine boxing

With the premise of changing the conditions for the boxers and that they win as they deserve, Marcos Maidana started his promoter at the end of 2018. With several evenings on the back, and the unconditional support of the CEO of the company, Jorge “Acero” Cali, the “Chinese” embarked on a well-known path, but from the manager side. Although he lost to the side of him, for the death of the former athlete in 2021the native of Daisy flower he never stopped thinking about the sport of fists.

Today, The former boxer has several fighters in his squad, who have already gone from being promises to reality. One of the most recognized is Fernando “Pumita” Martínez, who became world champion in February 2022. Also, he is part of his team, the Olympic champion in the Youth Games Buenos Aires 2018, Brian Arregui, and one of those who fought in the Tokyo Olympic Games, Francisco “Bebu” Verón, with an enormous projection for the future.

Union Belt, a special trophy for Fury or Whyte
The Municipal School of Esquel will organize sparring with local pupils
With technical and cerebral boxing, Danny Garcia won by…
BOXING 3701