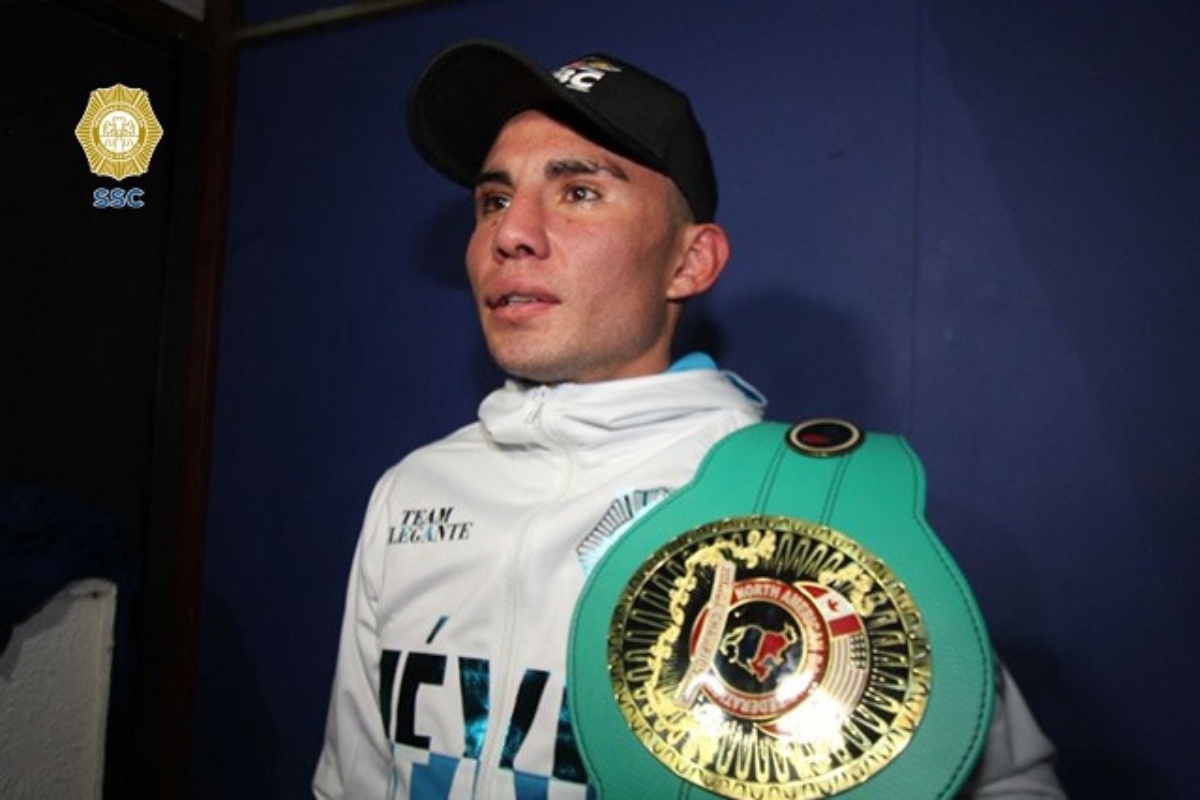 John Francis MartinezIn addition to keeping guard against insecurity, he is an officer of the Secretariat of Citizen Security (SSC), stood h

John Francis MartinezIn addition to keeping guard against insecurity, he is an officer of the Secretariat of Citizen Security (SSC), stood high high in the ringand became champion of the category Bantamweightof the North American Boxing Federation (NABF) of World Boxing Council.

YOU MAY BE INTERESTED: An alleged plastic surgeon from the Unión Tepito falls, accused of the death of a woman

In the ring, only ten rounds were enough for Juan Francisco to demonstrate his boxing skills and that, «The Elegant» Martinezwill take the championship by unanimous decision.

Juan Francisco, “El Elegant” Martínez, has been practicing this sport since he was only 12 years old; and when he is not in the ring, he is in the streets fighting crime, at the service of citizens, as an agent of the Auxiliary Police.

The ten-round contest took place on July 23 in a city hall arena Alvaro Obregonwhere «El Elegant» Martínez, showed a clean technique and after ten rounds, he took the ballots in his favor obtaining a unanimous decision that awarded him the championship, snatching the belt from alexis peter Chein the category Bantamweight.

In his career towards this championship, he has had ten fights, of which he has won nine, and in the last three he knocked out his opponents on the canvas.

Already with the belt in his hands, the boxer said he was very proud of the great achievement, in the same way he thanked his family, his commanders and warned that he would continue training as far as life wants to position him, he declared.

“From the Secretariat of Citizen Security, we congratulate our colleague Juan Francisco “El Elegant” Martínez for his courage, commitment and dedication, and for raising the name of this Institution,” García Harfuch reported.

This police force, whose sky is the limit, thanked Omar García Harfuch, head of the Citizen Security Secretariat, and his direct superior for the facilities provided so that he can perform and stand out in his passion, which is boxing.

World Boxing Championship: Six Cubans will fight this Tuesday for bronze
He returned triumphant from ‘Differently Capable Champions’
The Boxing Gold Belt Cup in the junior and youth categories will be held in Portoviejo | Other Sports | sports
BOXING 3645