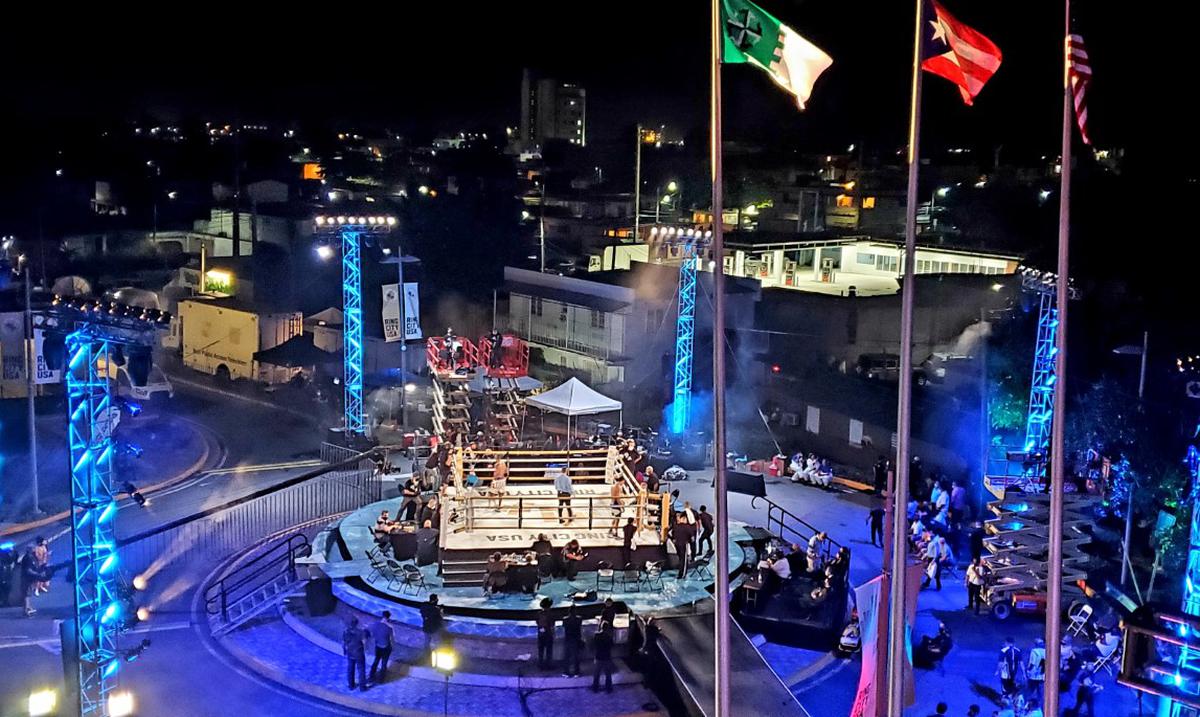 2021 was not an outstanding year for Puerto Rican boxing.Some glimpses of good things did occur, but they were sporadic and rare, led by the select

2021 was not an outstanding year for Puerto Rican boxing.

Some glimpses of good things did occur, but they were sporadic and rare, led by the selection of Miguel Cotto to be inducted into the International Boxing Hall of Fame in June 2022.

The year began with a golden opportunity for McWilliams Arroyo. Last February, the Puerto Rican was in line to challenge Julio César Martínez for the title of the World Boxing Council (WBC) at 112 pounds, however, a hand injury forced the Mexican to cancel his participation days before the fight.

Arroyo then received the offer to play the interim version with Abraham Rodríguez and scored a technical knockout in the fifth round. Nine months later, Martínez stepped into the ring to risk his belt against the Puerto Rican. Both peelers visited the canvas in the first round, but during the next, Arroyo suffered a cut from an accidental head butt. The lawsuit ended in a ‘no answer’.

Jonathan “Bomba” González was the only one who added a world belt. Last October he beat Mexican Elwin “La Pulga” Soto by split decision to clinch the World Boxing Organization (WBO) belt at 108 pounds.

In fact, Wilfredo “Bimbito” Méndez saw his 105-pound reign ended when he lost to Japan’s Masataka Taniguchi via technical knockout in the eleventh round.

The COVID-19 pandemic that began in 2020 continued to wreak havoc for local developers.

Of the few live boxing events that were staged in Puerto Rico, the main ones were thanks to the “Ring City USA” series that began in Los Angeles, California. The tour in association with Miguel Cotto Promotions had stops in Guaynabo, Salinas and San Juan. The events were outdoors and without spectators.

During the first performance on March 4, Danielito “El Zorro” Zorrilla had a scare. He received repeated blows to the back of the head from his rival Ruslan Madiyev. In the eighth, Zorrilla fell to his knees after a punch behind his head and did not continue. He was carried out on a stretcher to receive medical attention.

Danilieto Zorrilla received medical attention because he received several blows to the back of the neck during the duel against Ruslan Madiyev. (Carlos Gonzalez)

Meanwhile, at the performance on the grounds of the Albergue Olímpico in Salinas, former world champion Alberto “El Explosivo” Machado was defeated by knockout. Now look towards 140 pounds in 2022. On the same night, Angel “Tito” Acosta outpointed Gilberto Mendoza by decision to pave the way for a date with Japanese Conjunto Nakatani for the WBO title at 112 pounds.

This duel occurred in September and Acosta lost by technical knockout in the fourth round.

The closing of the “Ring City USA” series occurred in the Plaza del Quinto Centenario in Old San Juan with Amanda “The Real Deal” Serrano as the main attraction. The seven-time champion won the vacant International Boxing Organization title when she stopped Argentine Daniela Rodríguez. 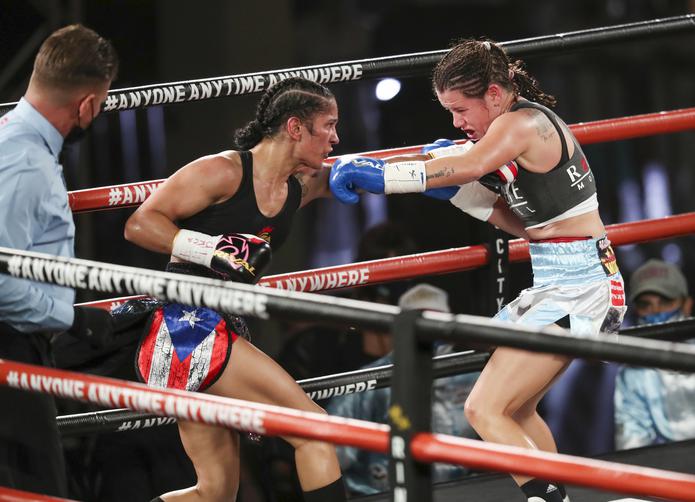 In fact, Serrano made two additional fights in 2021 and it is speculated that he is on his way to a date with Katie Taylor during the first quarter of next year, possibly at Madison Square Garden in New York.

Edgar “The Chosen One” Berlanga, Xander Zayas and Henry “Moncho” Lebrón combined to finish 2021 with a 9-0 balance.

In fact, Zayas fought six times and is under consideration for “Prospect of the Year” in various specialized boxing publications. Berlanga, meanwhile, won both of his commitments although he visited the canvas for the first time in his career and also suffered a left arm injury that required surgery.

On the other hand, Oscar “El Pupilo” Collazo, who fights under the banner of Miguel Cotto Promotions, obtained a solid victory against the Ecuadorian Pedro Villegas to win the WBO Latin championship in the mini flyweight division. Collazo climbed to fifth place in the rankings and a starting opportunity could emerge in 2022.

The family of the immortals grows

The Boxing Writers Association of America (BWAA) selected Miguel Cotto, Roy Jones, Jr. and James Toney as the main members of the 2022 class for the International Boxing Hall of Fame in Canastota, New York.

In May, Félix Verdejo was arrested for the alleged murder of Keishla Rodríguez Ortiz with whom he had a relationship for 10 years.

According to the complaint filed in federal court, the FBI accuses the boxer of carjacking and kidnapping that resulted in the death of a person. Legal penalties include the possibility of life imprisonment or the death penalty. Meanwhile, the intentional murder of an unborn child includes the possibility of life imprisonment. Verdejo also faces a possible life sentence for the firearm violation, which must be imposed consecutively to any other crime related to the conviction. 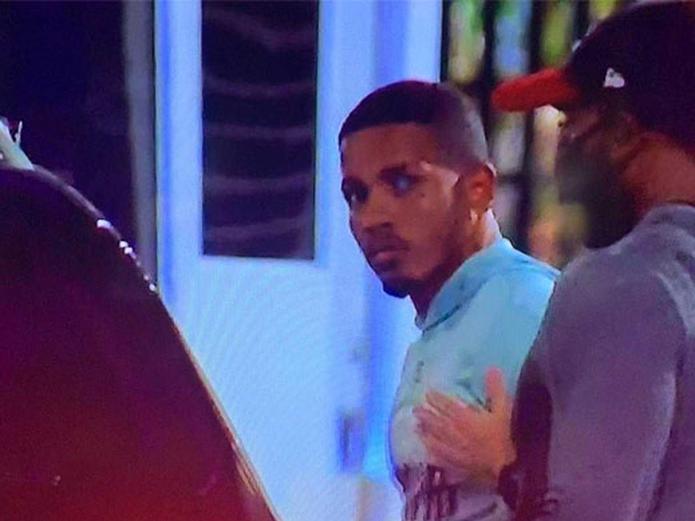 Felix Verdejo turned himself in to the authorities days after the discovery of the lifeless body of Keishla Rodríguez. (Capture / Telemundo) (Capture)

The two-time world champion Juan Manuel “Juanma” López was also arrested on six counts of violation of article 3.1 (mistreatment) and one for article 3.3 (mistreatment by threat) of Law 54 for the Prevention and Intervention with Violence Doméstica, for four incidents against her ex-partner Andrea Ojeda Cruz, better known on social networks as La Peki.

After posting a $ 35,000 bond, López was released. The trial is scheduled to begin in March 2022 at the Court of First Instance in Caguas.

Miguel Cotto Promotions predicts a good year for several of his boxers: “2022 is going to be the year of Oscar Collazo and Danielito Zorrilla”
Boxing: Damin Biacho maintains the title of Spain with a remarkable performance
Naoya Inoue finished in eighth with Aran Dipaen
BOXING 1346