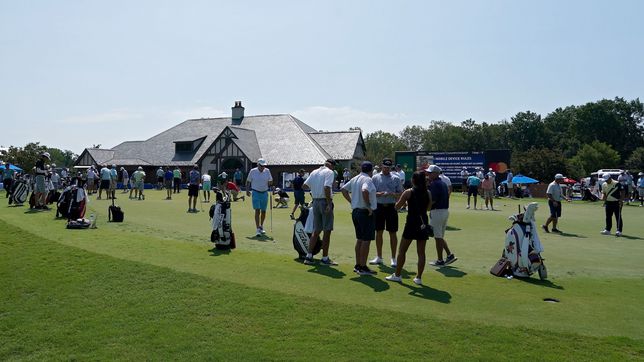 The tug of war between LIV Golf and the PGA Tour is served. After the arrival of this new, innovative championship in this sport and despite not b

The tug of war between LIV Golf and the PGA Tour is served. After the arrival of this new, innovative championship in this sport and despite not being recognized by the Official World Golf Ranking (OWGR), the body in charge of preparing the world ranking of the sport, eleven LIV golfers have stepped forward and have filed a lawsuit against the PGA to challenge their suspensions.

Phil Mickelson, Bryson DeChambeau, Talor Gooch or Matt Jones are some of the athletes who have filed a complaint with the aim of obtaining a temporary restraining order to be able to play in the PGA Tour FedEx Cup Playoffs. This comes as a result of some golfers like Gooch, Jones or Swafford managing to qualify for the playoffs before leaving for LIV, since the postseason of the three PGA Tour events begins next week in Memphis.

The lawsuit says so. “As the Tour’s monopoly power has grown, it has used its dominance to create an arsenal of anti-competitive restrictions to protect its long-standing monopoly. Now threatened by the entry of LIV Golf, and diametrically opposed to its founding mission, the Tour has ventured to harm the careers and livelihood of any golfer, including Plaintiffs Phil Mickelson, Talor Gooch, Hudson Swafford, Matt Jones, Bryson DeChambeau, Abraham Ancer, Carlos Ortiz, Ian Poulter, Pat Perez, Jason Kokrak and Peter Uihlein (“Plaintiffs”), who have the temerity to challenge the Tour and play in tournaments sponsored by the new entrant. The Tour has done so in an intentional and relentless effort to crush nascent competition before it threatens the Tour’s monopoly.”

Salamanca Golf launches a capital increase of 750,000 euros
Magic Box. Transparency is the key to this pure white house at the Pacheco Golf Club
Jon Rahm: “There is a lot to learn from Rafa Nadal”
GOLF 1214