Embiid squeezes himself to win 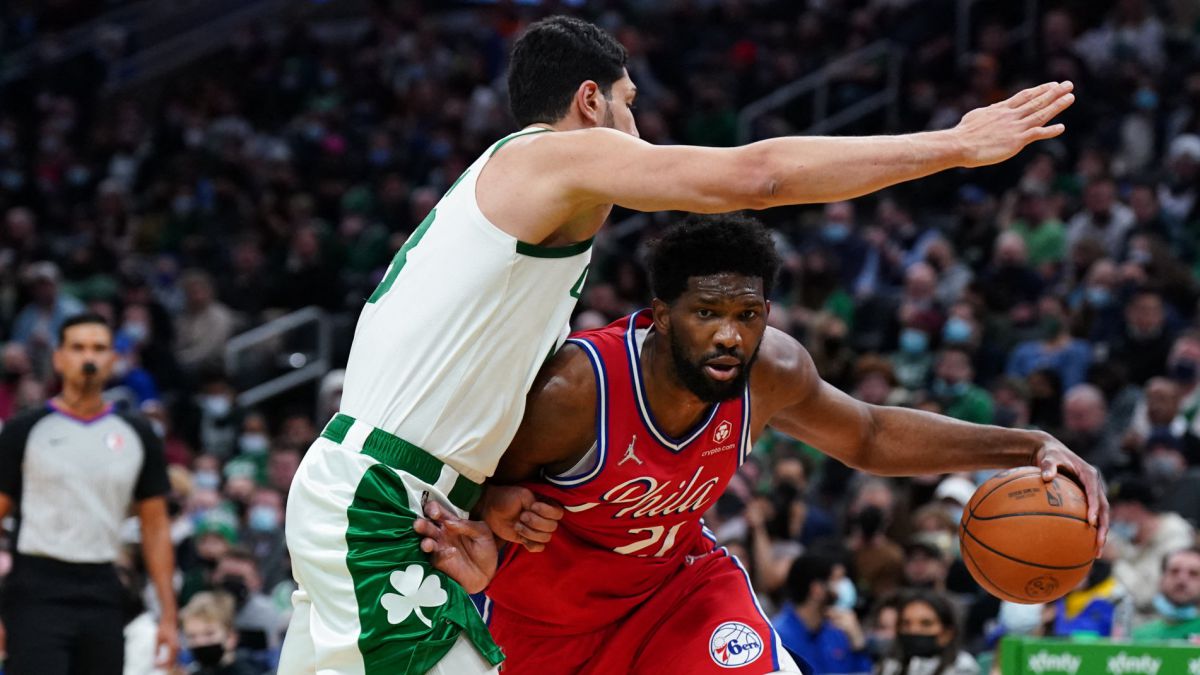 One of the most intense games of recent years in the Eastern Conference was also hit, in a way, by the losses of both teams by the protocols again

One of the most intense games of recent years in the Eastern Conference was also hit, in a way, by the losses of both teams by the protocols against COVID-19. Not in an extreme way, seven in the Celtics and three in the Sixers but keeping the best players on the court. The minutes had to be distributed differently in the two teams, especially by a Rivers that tightened the nuts on his team seeing that they could take an important victory from TD Garden. So it was. Those of Philly add one more, the tenth at home, after signing 103-108 after Joel embiid, one of the four 76ers starters who exceeded 40 minutes, gave a recital.

Defense was lacking in Boston. They let the rival exceed 40% in shots of three and 50% in total shots in play. The comfort led not only Embiid but two squires like Curry and Harris to have a satisfying night. These two scored 26 and 25 points, respectively, while the Cameroonian center closed his performance with 41 points and a good 14/27 shooting with 17 in the decisive period. Five actions with his signature in the last minutes helped tie the game. With him the Sixers surpass in the classification of the now on the rise Eastern Conference to the Celtics in which it will continue to be a fight of direct rivals throughout the course.

If with the coronavirus we did not have enough scares, this game was delayed a few minutes because a fire alarm was activated without there being one. For this game, the great novelty, within the tidal wave in which the League lives with the people who enter and leave the COVID protocol and the signings that must be made to solve it, was CJ Miles, a veteran guard but who had been in the dry dock and has been recovered by the Celtics, although today he did not debut, with a ten-day contract.

In the place where one trio was, the other was not. In the one of the premises, formed by Tatum, Smart and Brown and if we take their three best men, only the last one was up to the task. That irregularity is killing them this year as it did in previous years, with Udoka it does not change. Tatum, for example, returned to throw too many circus shots. The NBA is these types of players at their finest as well as their bare minimum, and Jayson has been navigating between the two all season.

In the first half, a room for one and another for another. In the second half it could be said that too, but adding more nuances. That Green, although he runs less and less, is a lung for the defense: 3 steals and 2 blocks are no coincidence for a player who is usually used, especially to throw three, goes in the same package. The Sixers did not need to search the bench, who contributed only one point to the locker on this Monday day, they found them in, for example, Seth Curry. Going into the last period from behind on the scoreboard he engaged in a beautiful exchange of shots with Payton Pritchard (14) that ended up winning the visitor, annihilating from distance and adding a 3 + 1 against Jaylen Brown who also sting.

With Embiid holding the duel against an Enes Kanter Freedom that could not stop him, something both coaches counted on, the turning point was reached with just under four minutes to go. Jaylen Brown (30) hit the second of a short series of triples that propelled the Celtics to +7 and it was time to see the reaction of the Philadelphia team. Thybulle was commissioned first and Green later with the same sequence to respond, two triples, and Embiid gave Kanter two in a row with the same stroke: one-legged shot leaning back from the left low post. To top it off, also from the left, he scored the sentence with a six-meter shot in which he was defended by two.