Emiliano Linares signed a contract with Alex Davis, one of the main promoters of the UFC | Other Sports | sports 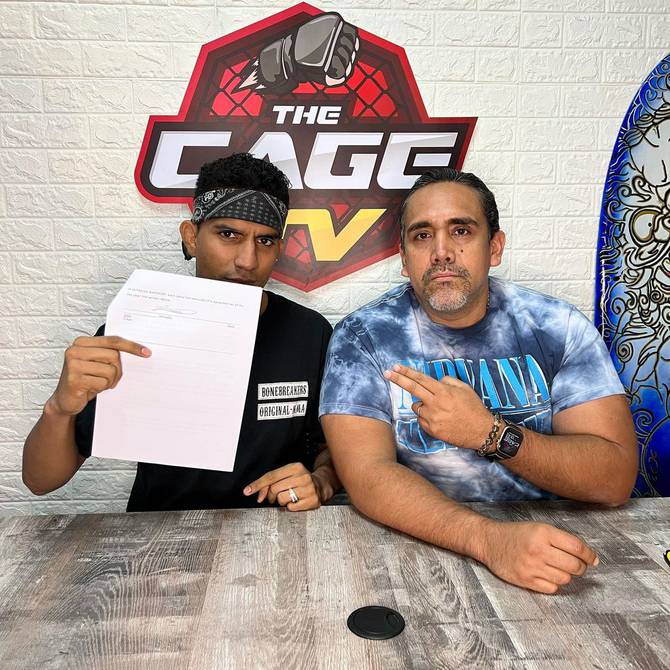 The Guayaquil featherweight environment has several options for his arrival in the UFC to materialize directly in the coming months.December 29, 20

The Guayaquil featherweight environment has several options for his arrival in the UFC to materialize directly in the coming months.

Through a video posted on Instagram, businessman Julio Molina revealed that Linares’s bond with Davis is two years long, but if the fighter joins the UFC, the contract “is anchored as long as he is within the company. ”.

Linares (24 years old), who last October won the belt of the 145-pound MMA division of the Budo Sento Championship in Mexico, has serious aspirations and possibilities of reaching the franchise in 2022.

The Guayaquil featherweight environment manages several options so that his arrival at the UFC can be made directly in the coming months, although it is not ruled out that he will intervene in the Dana White’s Contender Series program in search of the contract, as Michael did last September. Morales, the orense fighter who will debut on January 22 at the UFC 270 event.

The duty of his new manager will be precisely to locate the Linares folder in the UFC offices in Las Vegas at the right time.

Davis is considered one of the main promoters of the UFC and currently works with Brazilians Amanda Ribas, Thiago Marreta Santos, Polyana Viana, Norma Dumont, Edson Barboza Jr., among others. Davis is also known to have a close relationship with Sean Shelby, one of the franchise’s matchmakers.

After signing the contract, Linares has to coordinate his return to Mexico City to continue with training at the central academy of Bonebreakers, under the command of Dodger Augusto Montaño and the master Raúl Senk until first notice, because the slogan of his environment is to send him to the American Top Team gym in Miami.

The reigning Budo Sento Championship monarch has a professional MMA record of seven won and one loss. (D)