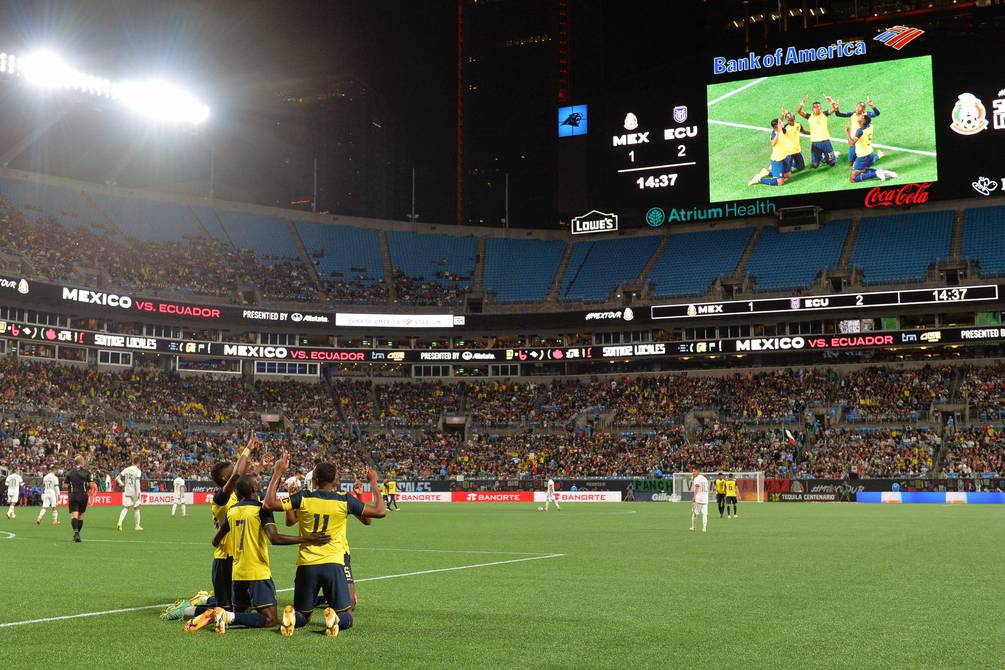 The Spanish-Ecuadorian Diego Almeida entered after 75 minutes of play and made his official debut with the senior team.AgenciesDecember 4, 2021 - 8

The Spanish-Ecuadorian Diego Almeida entered after 75 minutes of play and made his official debut with the senior team.

The teams of Ecuador and El Salvador will hold an international friendly this Saturday, December 4 (9:00 p.m.) at the BBVA Compass stadium (United States), ahead of the qualifying commitments towards the Qatar 2022 World Cup that both will face in the month from January.

Ecuador vs. El Salvador: schedules and channel to watch the friendly match

La Tricolor, which began to dominate from the start of the game, took the lead in the 17th minute. After taking a corner kick, Michael Carcelén appeared to beat the Salvadoran goalkeeper. After the goal, the team trained by Gustavo Alfaro had a couple of actions to increase the advantage but without much clarity in the last meters, but little by little it was losing ground.

El Salvador took advantage of those spaces and also billed through the stopped ball. Villalobos executed a free kick strong and low from about 25 meters that went under the barrier and was impossible for Galíndez to contain (42 minutes).

At 64 minutes Michael Estrada put the Salvadoran defense in trouble with a header that the goalkeeper saved in two halves.

The Spanish-Ecuadorian Diego Almeida made his official debut with the Ecuadorian senior team. The defender from La Masía of FC Barcelona entered after 75 minutes of play.