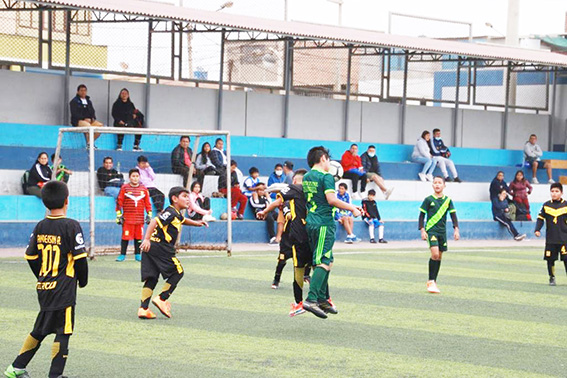 In Miramar field:Today, Saturday, the opening tournament of the minors' championship, Growing up with Football, comes to an end, so the Head of the

Today, Saturday, the opening tournament of the minors’ championship, Growing up with Football, comes to an end, so the Head of the Sports Department of the Provincial Municipality of Santa, Víctor Guanilo Duran, has been invoking the leaders to confirm their participation in the tournament. closing tournament.

The grand finale of the opening stage of the Championship Growing with Football will be played on Saturday 27 at the Miramar sports complex, where a sports party will be held starting at 9:00 in the morning, the same one that is organized by the Municipality province of Santa, in agreement with LIDEFA and FPF.

In the Sub 6 category, the cast of the Ben Águilas de Ben Academy is the champion, while the runner-up is the Daniel Paredes School, so this category is defined.

In the Sub 8 category, those who will compete in the final will be the teams from the Francisco Ríos Academy and the Sport Pacífico Academy of San Pedro. This match was scheduled on field 1 of said complex, and starts at 10:40 in the morning.

In the Sub 10 category, the semifinals will be played, where the first duel will feature the José Balta Youth team and the New Inter Academy of Chachapoyas, who start the day at 9:00 in the morning, on field 1.

In the same field, at 9:50 in the morning, the Cruzado School of San Juan will be facing the Valle Santa School of the District of Santa, for the pass to the final of this Sub 10 category.

The semifinals in the Sub 12 category will be played on field 2, where at 9:00 in the morning, the Academia Cantolao Filial Chimbote will face the Valle Santa School of the district of Santa, and at 9:50 in the morning , the Roncal de La Victoria Training Academy will be facing the Chimbote Royal Society Academy.

The entire Chimbotan community is invited to enjoy this post-pandemic sports party after two years and see the future footballers of our province. The participating teams are asked for good behavior and respect for rivals, referees, the general public and organizers, said Guanilo Duran.

Meanwhile, the person in charge of organizing the tournament also called on the leaders and representatives of the clubs to confirm their participation in the Clausura tournament.

The teams participating in the Opening are reminded that the Closing Stage begins next week, for which they have to confirm their participation since they have until tomorrow, Saturday at 2:00 in the afternoon, so that they can be taken into account. , declared Victor Guanilo.

“Espanyol has a beautiful team to play football”
Soccer, Argentine Professional Soccer League Tournament
“In Barcelona they are worried about Madrid…”
FOOTBALL 3667

Loading...
Newer Post
Belgian GP F1 2022: Checo Prez fails to beat Sainz and will start second in Belgium
Older Post
Cristiano plans to buy and demolish a golf course to build the house of his dreams