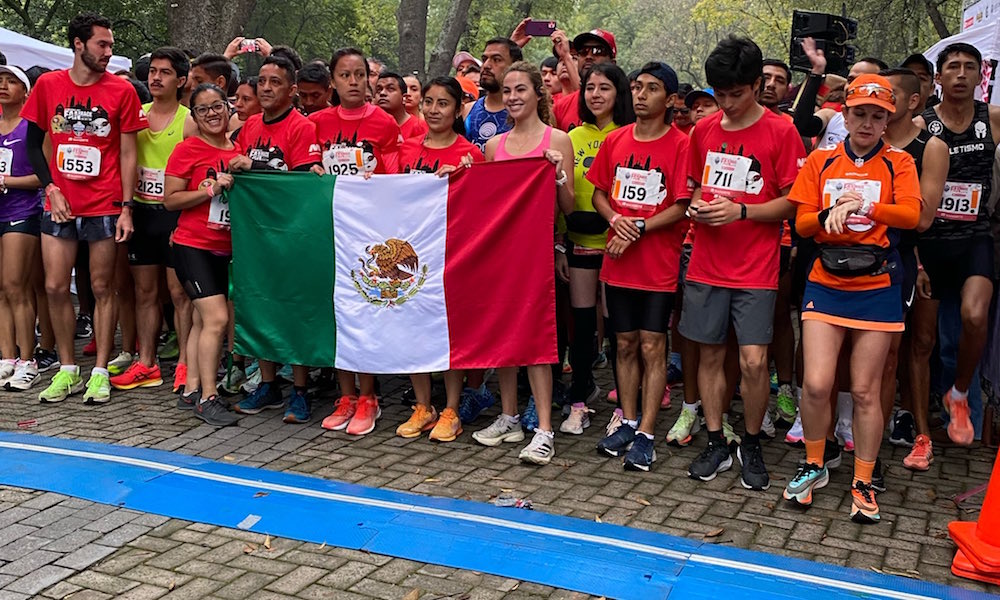 More than 4,000 American football fans and families from the capital were part of this Sunday's party at the Monument to Hope, inside the First Sec

More than 4,000 American football fans and families from the capital were part of this Sunday’s party at the Monument to Hope, inside the First Section of Chapultepec, where the NFL Fan Race 2022, as part of the Monday Night Football activities between the Arizona Cardinals and the San Francisco 49ers.

After a pause of about two years, the response of the fans summoned by NFL México and Banorte was a complete success, so that entire families, runners and even pets lived and enjoyed the commemorative 5k and 10k race, as well as a 2.5k walk, which took place in a festive atmosphere.

The Cardinals and 49ers cheerleaders and their mascots, Big Red and Sourdough Sam, respectively, were in charge of giving the cheerful and dynamic touch to the sports fair that began and ended the competition at the Monument to Hope, within the First Section of Chapultepec.

The winners in the men’s 10-kilometer freestyle were Rodrigo Villegas García, who stopped the timer at minute 31’20”; Christian Castro Ramírez, with a time of 31’46”; and third place went to Diego Garduño, with a mark of 31’51”.

In the women’s category, also 10 kilometers long, the place of honor went to Mariana Barrios Nieves, with a time of 38’50” minutes; Second place was obtained by Rebeca Escobar Tarinda, with a time of 41’45” and third place went to Niccol Baptista Yapour, who covered the circuit in a time of 42’42” minutes.

All participants who crossed the finish line were awarded the 2022 NFL Fan Race Commemorative Medal.

Analytics, the (not so) new name of the game in the NFL
This is how the panorama looks towards the Playoffs
This is how the NFL is living before the Mexico Game 2022
NFL 622

Loading...
Newer Post
F1 2022: How did the Drivers’ and Constructors’ Championship fare in the 2022 F1 season?
Older Post
Rio Ferdinand, the soccer legend who tried to be…