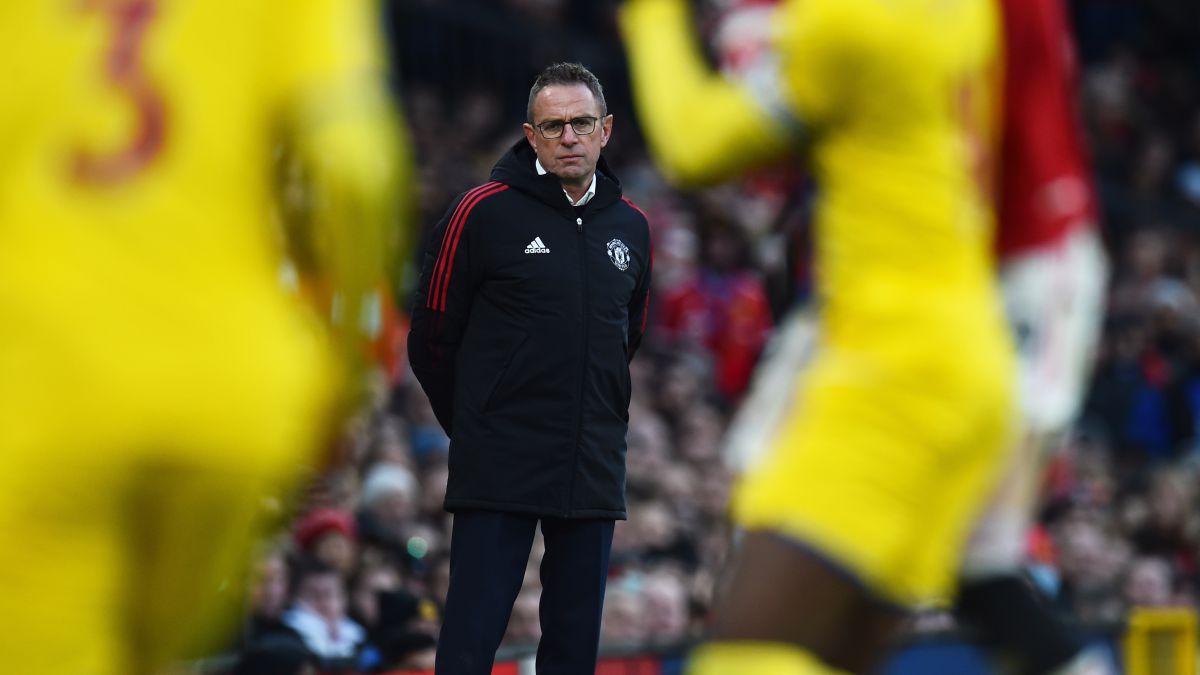 Teams like Manchester United are used to playing a large number of games each season. In addition to the meetings of the official competitions th

Teams like Manchester United are used to playing a large number of games each season. In addition to the meetings of the official competitions that take place during the course, the increasingly prolonged pre-season tours are added. The calendar is almost endless and the players do not stop, hence one of the solutions proposed by Ralf Rangnick is to eliminate a competition with 50 years of history. “Currently we are the only country that plays two cup competitions. This is something that, perhaps, we could talk and discuss again”, said the new technician of the Red devils. In addition to the FA Cup, the oldest football tournament, the EFL Cup is held in England, in which the 92 teams from the first four categories of English football participate. A single game and without extension until the semifinals, the elimination of the 7-round tournament (including the final) would be one of the measures that the German coach would take.

🗣 “We are the only country who plays two [domestic] cup competitions … “

“I know that the League Cup, which is now the Carabao Cup, is still a cup that serves the third and fourth division teams to especially improve their financial situation. But I still think that if we are talking about a tight schedule, maybe because we have to play many games this is something we could talk about and discuss “added the Manchester United manager. Interestingly, Rangnick downplays a tournament from which the Red Devils have been knocked out this season in the first round. Last September, in the round of 32 and still with Ole Gunnar Solskjaer sitting on the local bench at Old Trafford, the Mancunian side fell 1-0 to West Ham. In addition, of all the national tournaments (Premier League, FA Cup, Carabao Cup and Community Shield), this is the one that the Red Devils have managed to win the least. The last one to win the League Cup was in 2017, with José Mourinho on the bench.

But this is not the only modification that the German proposes upon arrival in England. The Premier League only put the five-change rule into operation during the final leg of the 2019/2020 season, following the resumption of football during the pandemic: “The five substitutes were implanted when the Covid began, and I think it was a wise decision to save energy for the players, especially if they have just recovered from COVID”. However, once the 2020/2021 began, and also during this course, English teams only had the possibility of making five substitutions in European competitions. In this way, as Pep Guardiola and Jürgen Klopp have already done in previous appearances, Ralf Rangnick claimed the return of this rule to English football.

“Now the same thing happens. We are in a situation similar to that of a year and a half ago, so I do not see why it should not be like a year and a half ago.. As far as I know, in Europe, England is the only country where only three substitutes are allowed. ” head. The Manchester United manager wanted to reveal in the microphones of Sky Sports that “eight outfield players are still allowed on the team sheet, so you should be able to substitute five. You will always have five players on the bench who cannot be substituted and cannot play. “.