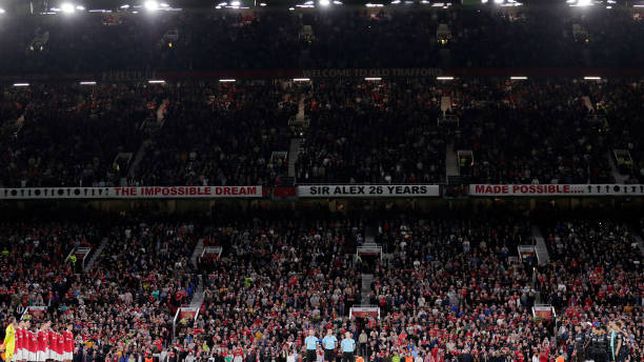 The Football Supporters Association of England (FSA, for its acronym in English) has protested the postponement of this weekend's football match, b

The Football Supporters Association of England (FSA, for its acronym in English) has protested the postponement of this weekend’s football match, because they believe it is “a missed opportunity” to honor the memory of the Queen. The Premier League, as well as most divisions in England, has suspended the day scheduled for September 9, 10 and 11 due to the death this Thursday of Elizabeth II, who has reigned in the United Kingdom for the last 70 years.

This decision has not pleased the FSA, which has expressed its sadness at the death of the queen, but has affected the role that football plays in uniting people. “We believe that football is the best way to bring people together at moments as important as these, whether they are moments of joy or mourning,” the FSA said in a statement. “Our opinion is that the majority of fans would have liked to be able to go to the matches this weekend and be able to show how respectful she is to the queen along with the rest of her teammates.”

“Not everyone will agree, so there was no perfect decision for the authorities, but many fans feel this has been a missed opportunity for football to pay tribute.” Football has not been the only one affected by the death of Elizabeth II and the vast majority of sporting events scheduled for this weekend in England have been postponed.

Peter Crouch in favor of the protest

The former Liverpool and Tottenham soccer player, among others, Peter Crouch, has given his opinion about the suspension of the day and questions whether stopping the Premier League is the best decision. “I know it’s just one game and some things are much more important, but imagine all of our games took place this weekend. Black armbands, observed silences, national anthem, real band playing, .. Isn’t that a better farewell?”, he commented on his Twitter account.

Chivas: The expensive signings that failed in the Flock
programming for Monday, October 18, live football on television in Peru
Real Sociedad B – Eibar, live
FOOTBALL 3755