Erik “Terrible” Morales reveals: This was the cause of his son’s death 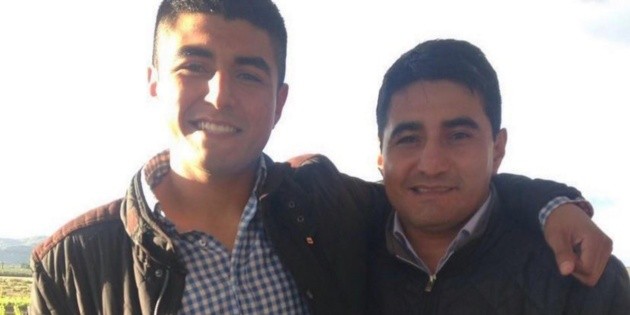 One week after the death of his son José Fernando, Erik "Terrible" Morales revealed the cause. He also took the opportunity to tha

Erik “Terrible” Morales reveals: This was the cause of his son’s death

One week after the death of his son José Fernando, Erik “Terrible” Morales revealed the cause. He also took the opportunity to thank all the people who gave him words of encouragement in the face of the difficult situation he is going through.

The former boxer noted that the death of his son It was due to a cardiac arrest that he suffered at home. The event occurred without anyone in his family noticing the exact moment it happened.

Morales stressed that his son was a good and healthy young man, and that the only difference they had was that he did not want to see him as a boxer, and that he preferred that he study.

Former WBC and WBO Super Bantamweight World Champion Spoke For The Show “One more round”, to avoid speculation.

“Unfortunately, my little boy José Fernando I was at his house and I say unfortunately because he passed away. Around three or four in the afternoon he came down from his room and said to his mother, ‘I’m going to go to the Oxxo, I’m going to go for a coffee, do you want something?’ He said ‘yes, bring me toilet paper and various things’. He went to the Oxxo, came back home and forgot his toilet paper. He returned to the Oxxo, bought the paper and other things. He came back to the house and said, ‘I’m going to be upstairs in my room.’

“He went up at eight or nine at night, my eldest son went to José Fernando’s room so that he could come down to dinner and He found him in a rigid state and this means that some problem had happened to him for a long time. The fact was very simple, he was at home, he was on his bed face down, he squeezed himself and he surely had a sudden heart attack that nothing happened to him. He went stiff and that’s exactly what happened to him. Fortunately, it was at home, on his bed. It was something that nobody noticed. We have the peace of mind and patience to understand that it was something that no one could do anything and unfortunately it happened. I thank you all for your understanding and thank you very much for all your expressions of affection “, concluded the” Terrible “.

Tags: Erik morales, boxing, Deaths
Voted best boxer of the year by the WBC
Boxer offers millions to Canelo to challenge him in the ring
What would be the next fight of the Mexican boxer?
BOXING 1348