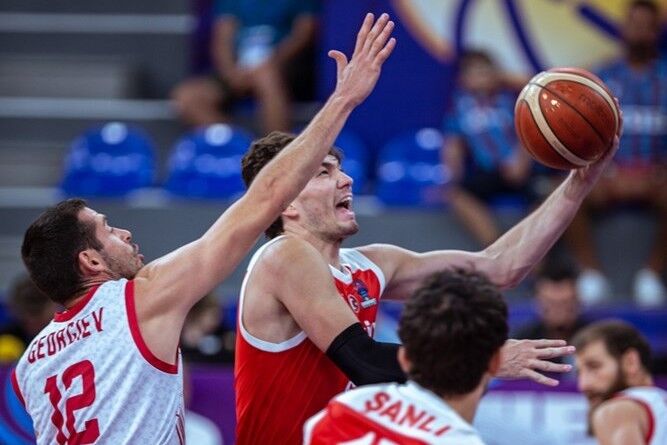 The NBA Cedi Osman and Alperen Sengun put down the rebellion Bulgaria and avoided the chime in the group of Spain. Turkey ended up defeating by 87-

The NBA Cedi Osman and Alperen Sengun put down the rebellion Bulgaria and avoided the chime in the group of Spain. Turkey ended up defeating by 87-101 to the worst selection of eurobasketball according to the ranking FIBA. For many minutes the Ottomans suffered from their defensive weakness. His rival’s was known, but not his. They had to be the players of the Cavalierswith 25 pointsand the Rockets (20+9+4) the ones that will get you out of trouble.

Bulgaria had it easier than against Spain. Bost (12 points and 13 assists) and Vezenkov (28+15 rebounds) felt comfortable and from there the illusions of his selection were born, which lasted until the middle of the third quarter. They came to dream with 44-37 in the 17th minutebecause Turkey did not defend, Korkmaz was low and Larkin did not score in the game until the 35th minute.

In the second half, the Turks came out with more intensity, but the exchange of triples and a monumental Vezenkov kept Bulgara in the match (69-73) until the gasoline ran out and the sengun sparkles. A couple of his baskets and a masterful assist They served to take off Ataman’s men: 73-84.

The final touch was put by a mate from Osman and the awakening of Larkin, who until the 35th minute had only scored five free throwsbut who appeared to execute with a 2+1 and a triple (79-95). Bulgaria had competed, but took another cart of points against. Turkey saved a difficult day.

Tags: basketball/euro basketball
It was just a paperwork for LeBron
The Suns take the duel of leaders, and GS Warriors adds the 9th in a row
NBA: On the horizon a possible All Star Game between the NBA and the Rest of the World
NBA 3441