Eurobasket: Turkey denounces aggression against Korkmaz and threatens to withdraw 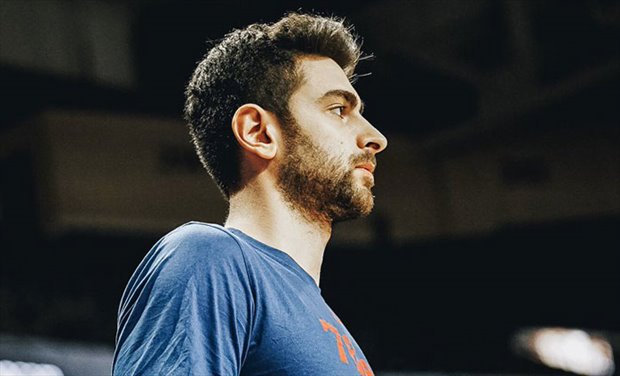 Hellish day at Eurobasket 2022, a day full of surprises and riddled with scandal, with Turkey threatening to withdraw from the tournament and with

Hellish day at Eurobasket 2022, a day full of surprises and riddled with scandal, with Turkey threatening to withdraw from the tournament and with an alleged assault involving two NBA players.

Group A Georgia-Turkey was played on Georgian soil, specifically in Tbilisi, and the circumstances in which the match took place could not have been less edifying, with the fans throwing objects onto the court.

For starters, expulsion from the NBA Furkan Korkmaz after an incident on the track with the local Sanadzewho was also sent off, as was also the case with the Turkish coach, Ergin Atamar.

As a result of that expulsion, trouble between the players of both sides on the track and with the game stopped by the discussion… the clock passes from 4:48 to 4:26! The last quarter was played and those 22 seconds stolen from the game were never recovered. The never seen.

As if that were not enough, after the expulsion there was a monumental row in the locker room.

The Turkish delegation affirms that the NBA Korkmaz was attacked in the locker room tunnels by the Georgian Sanadze and by two other Georgian players who were not on the record of the match, one of them the NBA Goga Bitadze.

The Turks assure that the pavilion security members helped the local players when they took the aggressive action against Korkmaz, and warn that if they do not have access to the security cameras and the aggressors are not sanctioned… they will leave the Eurobasket . Georgia beat Turkey 88-83 after 2 overtimes.

As if that were not enough, another big refereeing error was recorded in the Germany-Lithuania match in which the Germans, who play as locals, won 109-107 after a couple of extra times, with great performances by the NBA Franz Wagner (32 points and 8 rebounds) and Dennis Schroder (25 points and 8 assists), as well as the NBA Jonas Valanciunas (34 points, 14 rebounds and 5 assists) for the Lithuanian side.

The referees forgot to give a free kick to Lithuania after a technical to Germany. FIBA has recognized the gross error.

The day was amazing, with Slovenia losing to Bosnia-Herzegovina, Spain losing to Belgium and France suffering to Hungary! I said, a busy Sunday.