“European basketball is more difficult than the NBA” 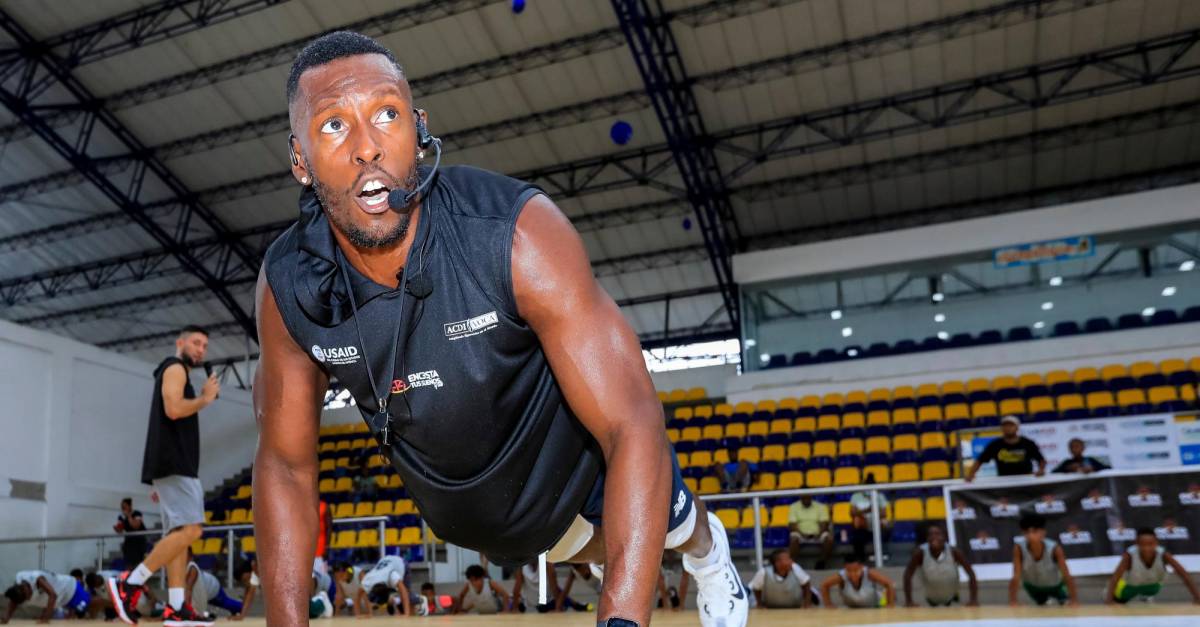 Juan Diego Tello is a cheerful, serene and simple man. He draws attention in the places he reaches because of his 2.05 meters height. He is stoc

Juan Diego Tello is a cheerful, serene and simple man. He draws attention in the places he reaches because of his 2.05 meters height. He is stocky and greets people who approach him asking for photos and autographs with kindness.

Many consider him to be the best player in the history of Colombian basketball, and now he is the captain of the Colombian National Team that will begin its participation in Group B of the FIBA ​​World Cup qualifying window next Thursday, facing Mexico. Then they will fight against the United States in Barranquilla.

Tello, 37 years old, spoke with EL COLOMBIANO about his life, the process to become a professional player, his time in European basketball and the plans he has for his future.

Your roots are in Chocó. How did you get to Medellín?

“Yes, my mother is from Puerto Nuevo, but when she was a few months pregnant she left for Medellín. I was born there, and while I was growing up she worked in family homes and later in a company. I never lacked for anything because she made a lot of efforts. I have a lot to thank him for.”

How did you start in basketball?

“I first played soccer, like most children, but one day, when I was 11 years old, my mother, who is almost 1.80 meters tall, found herself in the back of a bus with Don Ángel, a soccer coach. basketball. He asked if she had children and if they were as tall as her, to which he said yes. She then told him to take me to train at the Sports Unit, that he wanted to see me. We went and that’s how I started.”

How tall was he at the time?

What did Don Ángel say to him when he saw him?

“The day I went to train, he looked at me and told me that he was going to be one of the best players in the country, because he had the physical bearing. But I had never caught a basketball, so I thought, ‘this man is crazy’. Also, I didn’t look like a basketball player at all because he was chubby”.

Were you talented at basketball?

“Imagine that I retired three months after starting, because I was bad, uncoordinated and I thought I couldn’t play this sport, because the teammates I had were very good; they passed the ball behind their backs and I wasn’t able to do it. I thought it was useless for basketball.”

And then how did he play again?

“My mom told me to go back to training for fun. From one moment to another I began to raise my level and I thought that this was the way in which I could get my family forward.

In what neighborhood of Medellin did you live?

“The first part of my childhood I lived in Bello, in the Espiritu Santo neighborhood, but when I was 13 years old I won a scholarship to play basketball at the El Sufragio Salesian school, which is in La Candelaria and we went to live in Enciso El Pinal ”.

Let’s go back to basketball, what happened when you started to raise your level?

“I kept training hard and I stood out. When I was 14 years old, I was called up for the Colombian National Team for the first time and we went to play an international under-16 tournament in Argentina and it went very well. I scored 30 points against the Argentines, and called the attention of several professional teams. They offered me a contract with a professional team. They paid me $2,000 a month, but my mom wouldn’t let me go. She told them no because they only offered a sports contract and nothing related to studying. I got mad because things weren’t right in the house and she made that decision.”

After that did the possibility of going to the United States come?

“A few months later, another Argentine coach called her and offered her the possibility of going on a scholarship to study and play basketball in the United States. That idea did ring a bell and I went there without speaking English. I didn’t even pass a verb test here.”

What city did you come to? How was that life change?

“I came to New York to study at a Christian school called Our Savior, where a family lived on Long Island. The change of life was abrupt because they demanded that I first have to stand out in the studio to be able to play basketball. I also left my mom and didn’t see her for two years.”

And did you do well studying?

“At school I did very well. I finished in the top 10 of my class. Also, I was very good at basketball, so I received proposals from several universities. I decided to go to the University of Louisville to study communications.”

How did you do at the University and why did you study communications?

“It was about having a plan b, and being on television. He also thought that one can work in almost anything with communications in the United States. Academically I did well and athletically I stood out a lot. When I finished my fourth year of university, I decided, together with my coach Rick Pitino, to present myself to the NBA Draft”.

What Draft were you in and what happened in it?

“In the 2007-08 season. I trained with eight NBA teams, but because I had a string of injuries in college, they told me they couldn’t invest in me. That was a very big disappointment, because you fight all your life to achieve something and get there, but it didn’t happen.”

“I graduated from university, I came to Colombia for a few months. Then I made the move to European basketball. I signed my first contract with a team from Vic, a Spanish municipality near Barcelona. But the process to get there was full of obstacles.”

What obstacles did you have to face?

“I did not have a visa to enter Spain, which was necessary at that time, so I made the arrangements. I went from Medellín to Bogotá, I was very confident that they would give it to me, but when I went to claim it they denied me. I had no money and I had to take the bus back”.

But did they give it to him?

“Yes, a few weeks later the team called to say that I was an athlete and they gave it to me. That’s where my career in Europe began. I spent two years in the second division of Spain, then I went to the first, I went to France and arrived in Lithuania. In all the countries I was champion”.

How big is the gap between basketball in Europe and in the United States?

“If I’m honest, it seems to me that European basketball is more difficult. The NBA is a spectacle, but in Europe there are no rules like the three seconds to defend that benefit the player who is attacking. There are players who have gone from North America, who scored 30 points per game there, and in the old continent, 12 or 13”.

What comes for Juan Diego Tello in the future?

“In sports I am waiting for offers from the European teams, because I still have a lot to give and I will be in the matches of the FIBA ​​window of the National Team. Personally, I am working on creating a clothing brand”