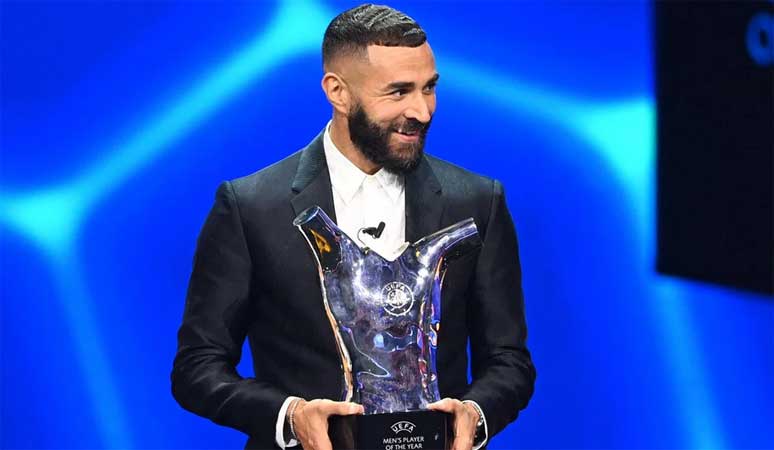 Although there is still a long way to go and only at the beginning of next September will the respective group stages begin, in the Champions L

Although there is still a long way to go and only at the beginning of next September will the respective group stages begin, in the Champions League and the Europa League, it is a parallel issue to the national leagues to give greater prominence to the sport of the crowds.

With Benzema and his coach at Real Madrid, the Italian Carlo Ancelotti, receiving UEFA’s highest praise at a ceremony yesterday in Istanbul, the focus was on the draw, which was satisfactory for the “merengues” and also for Atlético de Madrid. Madrid.

Framed in group F, the current monarch of the highest continental competition will face Leipzig, Shakhtar Donest and Celtic from Glasgow, while the “mattresses” will do so against Bayer Leverkusen, Porto and Bruges from Belgium in key B.

Barcelona and Sevilla had worse luck. The Catalans, even with an improved squad, will have to appeal at the highest level against their black beast, Bayern Munich, and against Inter Milan, with Viktoria Plzen as the most bearable rival in Serie C.

For Julen Lopetegui’s Sevilla, which is not going through its most sublime moment, the challenge seems enormous in group G, which it shares with the powerful Manchester City, Borussia Dortmund and Copenhagen.

In the Europa League pairing, the projection was not entirely friendly for Real Sociedad, which starts with the reinforced Manchester United, although the E key is completed with more accessible teams, Sheriff de Tiraspol (Moldova) and Omonia de Nicosia (Cyprus).

For its part, Betis starts with the holder of the last Conference League, Roma led by the Portuguese José Mourinho, in series C, which is completed with Ludogorets (Bulgaria) and Helsinki.

The season promises a lot of curiosity in the stadiums. In particular, the duels of Barcelona with its new signing, the Polish Robert Lewandowski, against his former club, Bayern Munich, and the Manchester United squad with two famous ex-Madridistas, the Portuguese Cristiano Ronaldo and the Brazilian Carlos Henrique Casemiro.