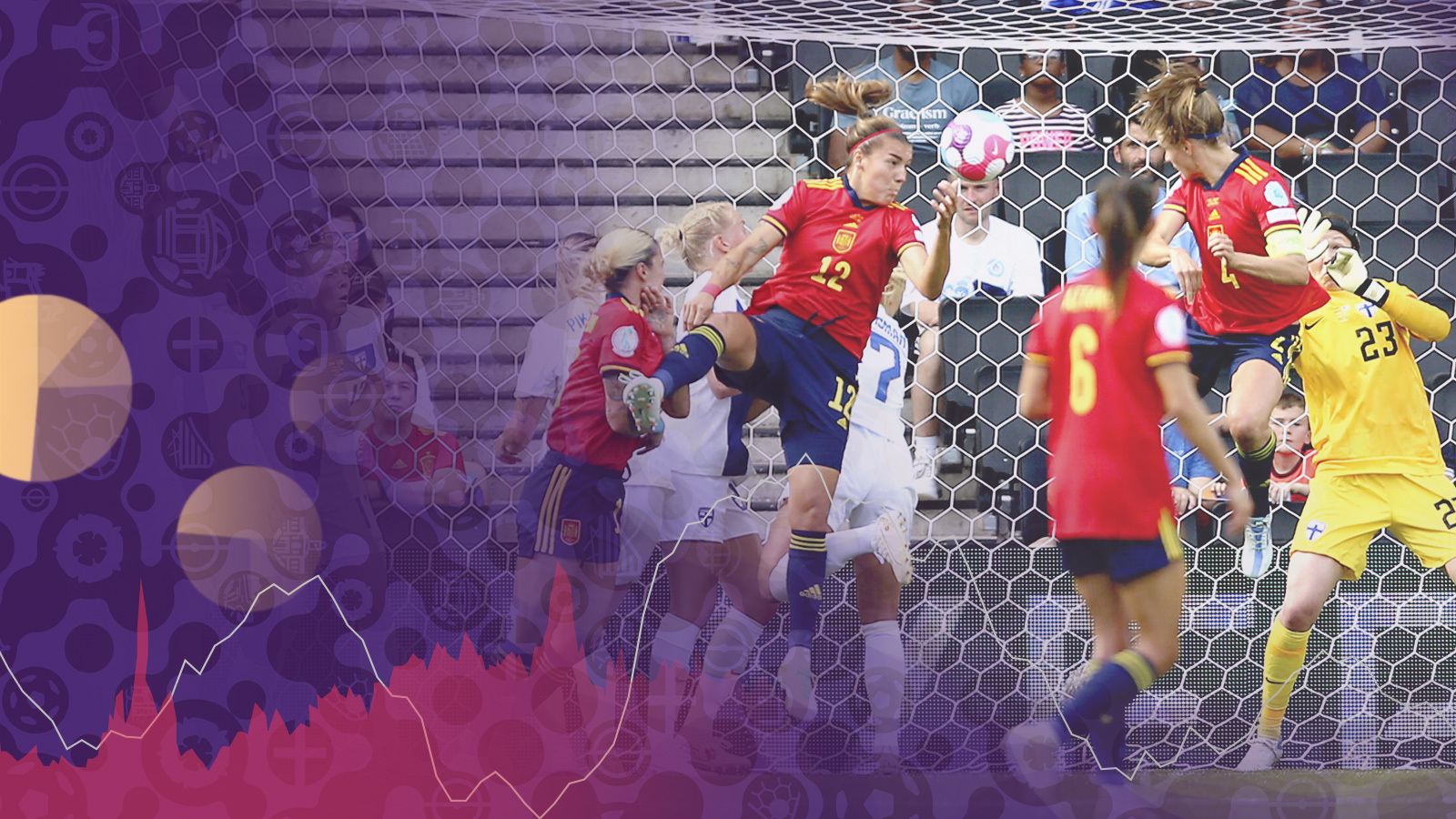 The use of the head was decisive in the debut of the Spanish team at the start of Euro 2022. It was literally headed as three of the four goals of the victory were scored against Finland, the weakest rival in the most difficult group of this phase. It was also necessary to arm himself with patience in the face of Sälström’s unexpected goal when not a minute had passed. And, above all, to manage the accumulated emotions and take a step forward in a problematic concentration, with cases of COVID and last-minute injuries, especially that of the team leader, Alexia Putellas, who stayed with her teammates in the stands and to which they dedicated their goals.

Comeback based on perseverance and choral talent

Spain came from a streak of 23 games without losing, since March 2020. They had won their last four games against Finland, with a balance of 14 goals for and only two against. But at 50 seconds he was losing, thanks to Linda Sälströmthe top scorer of the Finnish national team, who was content to do what she knows best, define with speed and skill a long pass after stealing in midfield, filtered between the two Spanish central defenders, not attentive enough to uncheck. A goal that came out of nowhere or, rather, from a blur de Paredes and Mapi León, about to be repeated for the second time a few minutes later due to the gap left by Leila’s climbs on the left flank.

But there was no more. The Spanish team shook off their nerves, rolled up their sleeves and began to look for Korpela’s goal and penetrate the double defensive wall of the Nordics, who shielded themselves with a 4-5-1. They barely generated any danger throughout the game, as can be seen in the graph above, with a total of 10 attacks to 62 for the team coached by Jorge Vilda.

Opening the field to the wings, with a barrage of crosses, Finland’s defense, neither prompt nor attentive in the aerial balls, contradicted the old cliché of Scandinavian football by conceding corner after corner. nine in 25 minutes, 17 in the entire match. Although the dominance took time to be productive, the ninth corner kick came the equalizer with a powerful shot from the captain, Irene Paredes, who headed without opposition. The Finnish coach, Anna Signeul, recognized after the game the weakness of her team from set pieces.

In the second half, with the advantage on the scoreboard, the Spain monologue (68% possession, 90% passing accuracy)who concentrated on not repeating mistakes and controlling the pace of the game to ensure the result through possession, using the last minutes to practice with the changes in alternative scenarios of the game, thinking about the next game against Germany.

The absence of Alexia Putellasowner of the Ballon d’Or that recognizes her as the best player in the world, was covered by Vilda without fanfare as a coach, with the ownership of Irene Guerrero, although she could not stand out in the meeting, separated from the role to which she is most accustomed. With hardly any rehearsals on how to replace the Barça midfielder or Beautiful Jennythe leadership and the goal were shared among several players.

The lower level of the Finnish team also contributed to this. Despite having some dangerous elements in the attack, the truth is that after the goal and the restlessness of the first 15 minutes, Sandra Paños barely appeared on screen again: in total, she received four shots and made two saves. Finland fell back around their box and their forwards – Sälström, Franssi, Engman – were hardly a wandering object away from the line of play. For its part, as the heat map of the match shows, Spain played almost the entire match focused on the opposite field, and distributing the game equally to the left and right.

The statistics of shots, goals and expected goals (the probability of scoring a goal based on the number and quality of the shots made) define the Spanish team: a team that needs many chances to score goals (32 shots, 14 of them from outside the area, in total 13 on goal), but in which there are also many different players capable of scoring. By comparison, Finland made oil out of what little it generated.

Paredes and León: from initial failures to being everywhere

Spain were slow to lick their wounds due to absences, and their attack line, with Finland closed behind, did not have the prominence that the defenses and the second line did.

Irene Paredes and Mapi León, with one goal and two assists, respectively, they made up for the imbalances that cost Spain to go down on the scoreboard. The captain finished off a corner kick taken by Mariona Caldentey from close range and without opposition. And Mapi served twice with his left foot so that Bonmatí and Lucía García scored the following goals, the one for the comeback and the one for peace of mind.

The statistics show the protagonism of the two Barça center-backs and the Spanish team: Mapi Leon has been the player more balls has recovered (14), which he has won the most duelsand also the one most times he has touched the ball (138, almost 16% of the total) and has created more chances (6, tied with Caldentey).

Aitana Bonmatí, MVP of the match

With Patri Pebble as a pivot, applied in the containment of the rival in the center, Aitana Bonmatí let go to be in everything else. The young and talented Barça player was recognized as the best player of the match. He spurred on his teammates after the goal against, led the team, offered a lot of mobility to start the attack and also to finish it, scoring a great goal. Vilda gave him a few minutes of rest at the end. The star aura of the national team now shines on this petite midfielder.

At first it seemed that Mariona Caldentey She would have to modify her role on the field with Putellas out, and the attacker has played a good game, participative, hard-working, looking for free spaces inside. Assistant in the corner that Paredes headed to goal, and author of the last goal from the penalty spot, she has been author of seven of the 32 shots of the Spanish teamalthough it has also been the one that has lost the most balls (21).

The key in this game has been the ability to open the game on the wings. Leila and Ona Batlle accumulated internships by the ends and occasions that ended in a corner kick. From one of them Patri Guijarro had a disallowed goal due to a previous goal.

Both could also score a goal: Leila in a ball that was poisoned and ended up grazing the crossbar and Batlle in a one on one after a personal move that Korpela frustrated with a great hand. Ona Batlle, author of five centers and nine recoveries, did not stop appearing in attack and defenseeven when Vilda put her to play on a changed band in the second half, with high performance in both positions.

However, the deployment of the wings in the construction of the plays also reveals a vulnerability that Finland sought and found, especially on the left, compensated with the entry of Sheila García in the second half and Battle’s change of lane , and that Germany and Denmark will also try to exploit.

It was necessary to win in the first game and pocket the first three points in the considered ‘group of death’ of this European Championship. Doing it with a win is also a plus. Spain finished with good feelings and much more comfortable than it started, overcoming to be a recognizable team again.

Necessary arguments to face the next two games, especially the one on Tuesday against Germanythe team that has won eight European championships, that endorsed four goals against Denmark and with more resources than Finland to hurt the Spanish team, which has shown itself that, in the absence of its individual stars, it will be the whole the one that will make it shine.