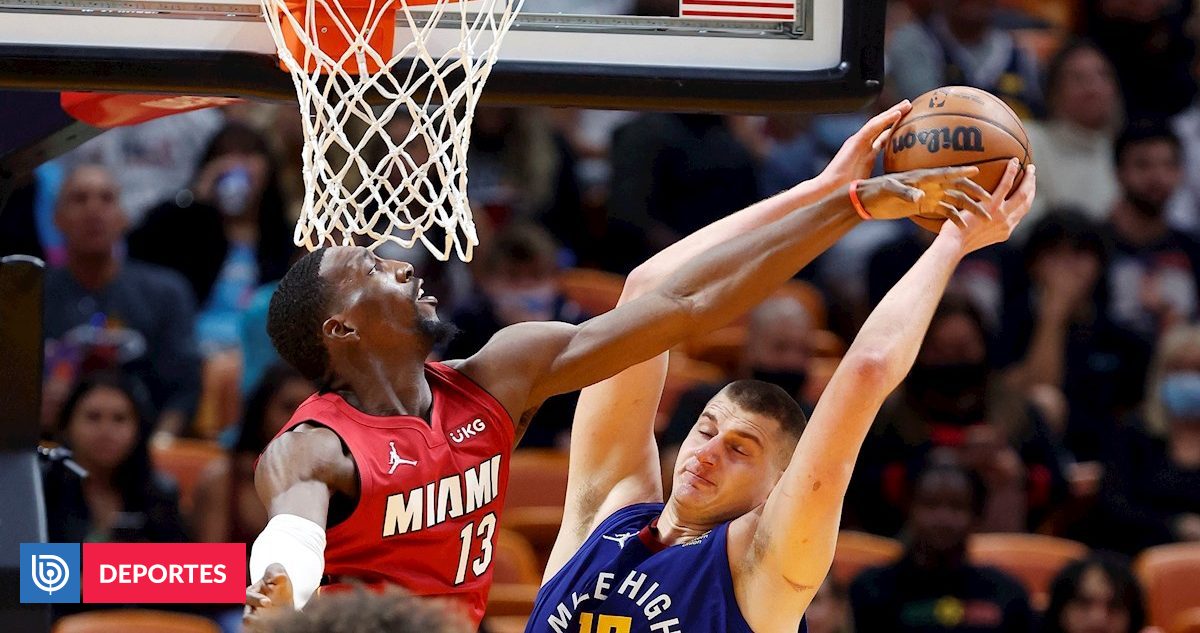 A lethal Jonas Valanciunas in the New Orleans Pelicans and a Nikola Jokic decisive in the morbid duel between Denver Nuggets and Miami Heat, they were the protagonists of a busy NBA day marked by European power, some surprising results and the good role of Hispanic players.

The most amazing performance of the night was signed in Los Angeles (USA) by Jonas Valanciunas, who with 39 points led the New Orleans Pelicans to a fabulous victory over Los Angeles Clippers (104-123).

The Lithuanian achieved the highest score of his NBA career thanks to a memorable first half, in which he made without failure the 7 3-pointers he tried to reach the break with 29 points.

Spaniard Serge Ibaka played his best game for the Clippers since returning from a long back injury and had 13 points (3 of 4 from 3-pointers), 6 rebounds and one assist in 26 minutes.

His compatriot Willy Hernangómez also stood out, already consolidated as an interior replacement for Valanciunas in the Pelicans and who achieved 9 points (4 of 6 in shots) and 6 rebounds in 16 minutes.

The spicy showdown of the day was played in Florida, with the match between the Miami Heat and the Denver nuggets, which was the first time that these two teams met after the expulsion of Nikola Jokic three weeks ago after an assault on Markieff Morris.

The Serbian center did not feel extra pressure and led the Nuggets victory (111-120) with 24 points, 15 rebounds and 7 assists.

Argentine guard Facundo Campazzo added 10 points, 5 assists, a rebound and a block in 24 minutes for Denver.

On the other hand, Cleveland Cavaliers of Ricky Rubio were imposed at home and with great solvency to the Dallas mavericks from Luka doncic (96-114), despite the triple-double of the Slovenian star (25 points, 10 rebounds, 10 assists).

Doncic was very alone against the choral performance of the Cleveland team, who had six players over ten points and in which Jarret Allen had 28 points and 14 rebounds.

Rubio came off the bench and contributed 7 points, 7 rebounds, 6 assists and a steal in 28 minutes.

Timberwolves are still the revelation

One of the revelations of the season are the Minnesota Timberwolves, that after defeating the Indiana Pacers (98-100) are sixth in the Western Conference and have seven wins in their last eight games.

The American pivot of Dominican origin Karl-Anthony Towns He was the Wolves&#8217; lighthouse with 32 points and 8 rebounds.

Argentine Leandro Bolmaro was scoreless but had 5 rebounds and a steal for the Wolves in 15 minutes, while Chris Duarte contributed 14 points, 2 rebounds and 2 assists for the Pacers in 21 minutes.

Loading...
Newer Post
Mexican National Team: Marcelo Flores, called up for a friendly vs Chile
Older Post
NBA: The best tripler is a pvot of 2.11 and the highest scorer in the zone, a base of 1.91