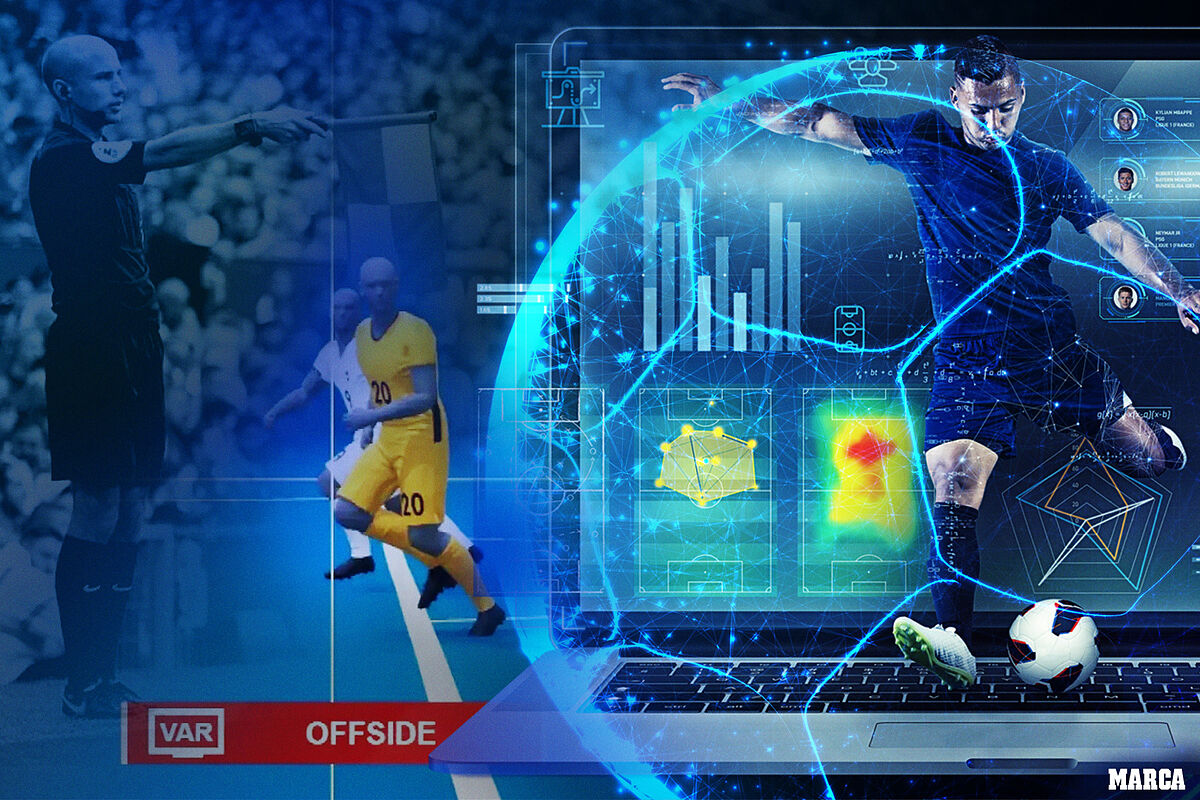 doare you happy with it VAR? Well there you go now! SAOT! Today he jumps onto the pitch of the Helsinki Olympic Stadium a new acronym that will r

doare you happy with it VAR? Well there you go now! SAOT! Today he jumps onto the pitch of the Helsinki Olympic Stadium a new acronym that will revolutionize the world of football. The one known as Semi-Automatic Offside Technology makes its official debut in the European Super Cup that will be played on real Madrid and the Eintracht Frankfurt.

“Humans have dreams. Even dogs have dreams, but not you. You are just a machine. An imitation of life. Can a robot write a symphony? Can a robot turn a canvas into a masterpiece?‘ he asked sarcastically Will Smith in 2004 in the movie ‘I robot’ to question a technology (robot) that currently does not stop advancing by leaps and bounds in arbitration. Extra help for make more accurate and faster decisions.

What is semi-automatic offside and how does it work?

The urgency of UEFA and the FIFA to lighten the time in arbitration decisions, it has ended with the implementation of a new system for detecting offside in a semi-automatic way. The SAOT is a multi-camera technology for better track player limbs and set the precise timing of the pass.

Semi-automatic offside will be official at the Qatar World Cup

“There are between 10 and 12 cameras that detect 29 points on the player’s body, 50 times per second, and software analyzes the data in real time, perfectly calculating the moment of the pass and the position of the players. Not only that, but it does so by inserting the grids to highlight the offside. It then automatically sends it to the VAR station, which has the answer to give the referee in cases of objective offside. Which are the most numerous. The times? Certainly much faster than today,” explained the former referee and current FIFA refereeing director, Pierluigi Collina.

The offside will be accurate and reliable. Twelve cameras installed under the roof of the stadium will capture the movements of the ball and up to 29 data points for each player. 50 times per second, to calculate their exact positions on the pitch. The 29 groups of data collected include limbs and body parts that are taken into account to generate an offside. Also, With this information, 3D images can be designed that reflect the player’s situation at the exact moment of the offside and that could be shown on the video scoreboards of the stadiums and in the retransmissions of the matches on television. .

“UEFA is constantly looking for new technological solutions to improve the game and to support the work of the referees. The technology only provides them with a valuable support to make more accurate and faster decisions, especially when the offside incident is very close and very difficult“, assured the head of arbitration of the UEFA, Robert Rosettion a system that the English referee will be able to enjoy Michael Olivercommissioned to direct the final of the European Super Cup.

“There is talk of robot referees, it looks good, but it is not true. The field referees will continue to be decisive. Semi-automatic offside will only be used when a player who is offside touches the ball. If there is interference in the play, it will be the referee’s decision. In four or five seconds it will be possible to detect the offside, but that is impossible, it will be 25 or 20 secondssomething very important”, concluded Pierluigi Collina.

Tags: soccer/supercup-europe, Real Madrid, EintrachtFrankfurt
Don’t give up on anyone, this is football
Spain warms up football with Real Madrid in the foreground
Real Madrid: Intelligence and football
FOOTBALL 3658

Loading...
Newer Post
San Francisco 49ers vs. Green Bay Packers: day, time, where and how to watch the 2022 NFL preseason game
Older Post
Fourth Coldplay show in Chile: When is the ticket sale