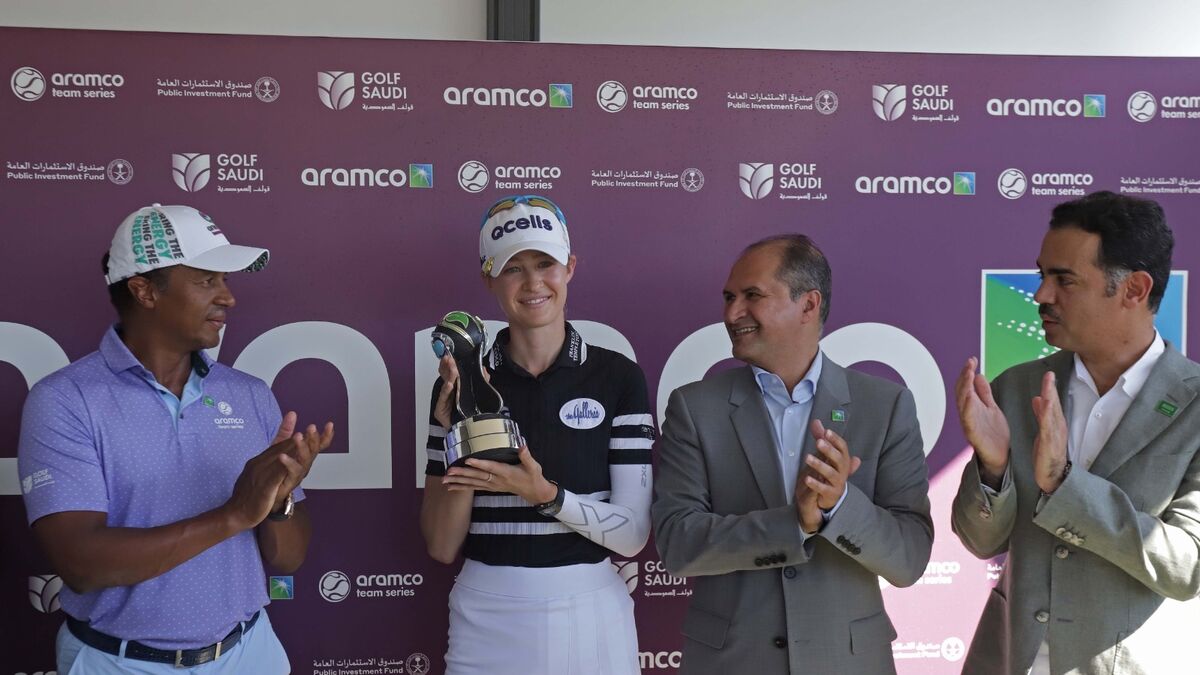 Absolutely unexpected outcome in the Aramco Team Series of The Sotogrande Reserve, San Roque, tournament belonging to the Women’s European Circuit (LET for its initials in English). The American Jessica Korda had dominated the competition the first two days in an overwhelming way and had been proclaimed team champion. However, the eldest daughter of the famous former Czech professional tennis player Petr Korda, collapsed and finished the third round, this Saturday, with 77 hits (for a total of -10), which made him lose the income of six hits amassed in the two previous rounds and being forced to contemplate how her younger sister, Nelly, staged an impressive comeback and He won the individual title thanks to a -13. Once again there is not the same champion for the two trophies that are distributed in this event… although this time both bear the same surname.

The last lap of the Aramco Team Series at La Reserva de Sotogrande –in individual format, contrary to what had happened the first two days– it was simply vibrant, to the satisfaction of the many fans in the area who came. The victory went to Kelly Korda and in second place they tied with Ana Peláez from Malaga and Pauline Roussin from France.

The rain of bogeys started for Jessica Korda on hole 4. After marking territory with two birdies at 1 and 2, it seemed that it was the third consecutive recital of the winner of the team tournament. But from hole four got blocked, signed seven bogeys more and one double bogey to 17. The putts did not enter him and the balls were repelled from the fairway.

On the contrary, the little sister of the Kordas, Nelly, Gold medal for the United States at the Tokyo Games, seemed to play oblivious to the pressure: put out his best golf, and despite starting and ending with a bogey, he had two sets of birdies for the first round (7, 8 and 9) and for the second (12,13, 14 and 16) to finish with 67 strokes. He took home almost 74,000 euros in prize money for the individual trophy.

“Am so excited to win it’s always nice to get a win, but at the same time I’m very sad because it wasn’t the day Jess had in mind,” said the champion at the trophy ceremony.

“I suppose that we expected a little more battle in the final stretch, but that’s golf. I didn’t start the last round very well, but then I had a good run: I stood my ground and told myself there were still plenty of opportunities out there and I hoped I could take advantage of them.” he added.

The best ranked Spaniard was Malaga-born Ana Peláez, who precisely began his professional career on this same stage, a year ago now and who finished tied for second position.

“Am very happy with that second place and happy for the work we are doing with my coach and all my people”, he meant.

Behind the table, the second best Spanish was Carmen Alonso who finished in 13th place on -5 and happy to do another lap under par. Maria Hernandez He finished in 22nd place with -2. the pamplona Charlotte Ciganda, that appeared on the list of favorites, finished tied for 66th place (+5).

The full classification of the competition can be consulted at this link.

The next Aramco Team Series tournament will be in New York, from October 13 to 15 before the Final in Jeddah (Saudi Arabia)