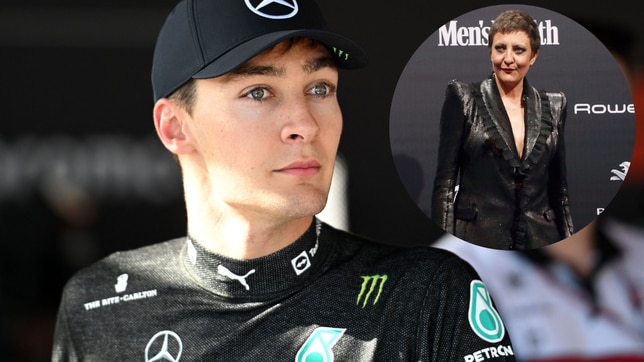 It is not the first time it happens. There are many who, every time they see the Formula 1 driver George Russell, cannot help but remember the Spa

It is not the first time it happens. There are many who, every time they see the Formula 1 driver George Russell, cannot help but remember the Spanish comedian and monologist Eva Hache. Her physical resemblance is undeniable and every time the English pilot achieves some feat, the Castilian-Leonese immediately becomes a Trending Topic.

This Sunday, June 12, Russell has once again made the podium in the Formula 1 World Championship, specifically he has been in third position in the Baku Street Circuit behind Max Verstappen and Sergio Pérez. Immediately and just as it happened on May 22 at the Barcelona Circuit, when the Englishman was also third, Eva Hache has become a Trending Topic without having moved a single finger.

The users of the social network have begun to congratulate the comedian on her victory and she, who already knew what the story was about, has answered them and shared her funny and ingenious tweets: “I am TT again, tetes”, she has written . “You must have done something”, Miguel García replied. “Third place, nice”, added the monologuist pulling humour.

“Eva is that you already have 3 podiums with the Mercedes this year and you are going over a 7-time Formula 1 world champion”, “You made an evarista race of my life and my heart” or “Eva Hache is a pilot awesome, future world champion”, have been some of the comments received by the Segovia through the social network.

The Eva Hache thing wetting the seven-time champion’s ear every weekend would not have been scripted or those of Drive To Survive https://t.co/D6QKu13AL1

Everything indicates that it will be TT more than once

The English driver has made his debut this year with Mercedes and already has three podiums in the eight circuits held to date. He has another thirteen left and is already the fourth driver with the most points (99) in the Formula 1 World Championship behind Max Verstappen (150), Sergio Pérez (129) and Charles Leclerc (116). They are followed by Carlos Sainz (83), Lewis Hamilton (62) and Lando Norris (65).

In another order of things, Russell has been 3rd and the comic Eva Hache is again TT. Why will she be?

(The one on the left is Russell, in case anyone doubts) pic.twitter.com/vJCnRCzanp