Even in Honda they hallucinate with Aleix: “What he did was bestial” 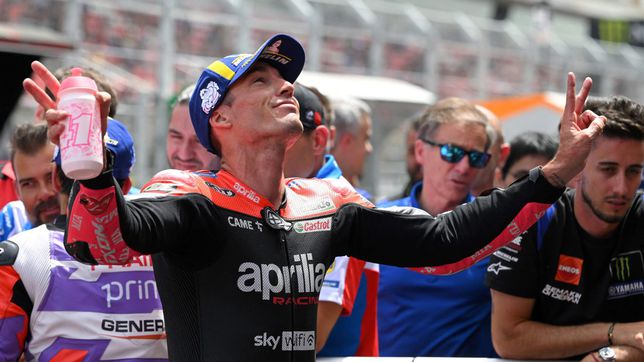 We had already interviewed Alberto Puig for AS when we ran into him again in the Assen paddock. This time it was not necessary to ask him about an

We had already interviewed Alberto Puig for AS when we ran into him again in the Assen paddock. This time it was not necessary to ask him about another bad weekend for Honda but, as a racing man that he has been, for many years, about the race to remember that Aleix Espargaró signed in Assen. The Repsol Honda main team is not much given to giving away the rival’s ear, but they doff their hats with the performance of the Aprilia rider in Assen.

“Aleix has had a fantastic race. It was the best race I’ve seen him, because he was far superior to the rest. The truth is that they have achieved a fantastic bike as well, because the way he braked and threw the bike, and the confidence that was seen on him, is not normal. The understanding that he has of that motorcycle is very high and that allows him to do things and reach limits with the certainty that he can do it, ”he began by saying from his condition as a former rider.

And he continued: “There have been races like these in the past, because we have seen Marc come and other very good guys like Doohan, who went from back to front with determination, and what Aleix has done has been brutal. The icing on the cake would have been to have had a few more laps and get on the podium, but he, as a driver, is going to enjoy it a lot inside for a long time”.

When commenting that Aleix had put on the Márquez suit for the Dutch GP, he replied: “I don’t know if he’s dressed up as Marc Márquez, but thumbs up for him. He has to be very satisfied.”

And when asked if he sees the Aprilia Captain fighting for the MotoGP title until the end of the year, he stated: “Absolutely. Two years ago I wouldn’t have believed it, but the bike has evolved very quickly in a very short time and Aleix has taken an important step at the rider level. In racing, things don’t happen by chance.”

MotoGP postpones the Argentine Grand Prix and moves the Valencia Grand Prix back to date
The networks comment on Jorge Lorenzo’s debut as a MotoGP commentator
Danilo Petrucci, from MotoGP to the Dakar Rally
MOTOGP 709