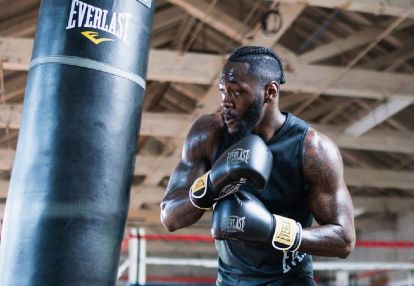 Everlast goes a step further with the aim of democratizing boxing. The American firm specializing in boxing equipment has announced the la

Everlast goes a step further with the aim of democratizing boxing. The American firm specializing in boxing equipment has announced the launch of Everlast Fitness, a apps of training that will allow users to train from home. In this way, the firm joins the trend of home fitness with the aim of bringing sports practice closer to homes, hand in hand with their coaches and professionals.

Customers will be able to access this platform through a monthly subscription and, among the training offer, you will find exercises from disciplines such as Hiit, cardio, strength or boxing. The apps It will be available for Android, Apple iOS, AppleTV, Roku and desktop devices. The platform seeks to be useful for both beginners and professionals in the world of fighting.

In addition, the company has announced that during the summer months it will give free access to this platform to the first 1,000 members who sign up. This launch comes after Everlast hired Nico Ali Walsh, grandson of Muhammad Ali, and will release an NFT of Deontay Wilder’s custom gloveworld champion of the World Boxing Council from 2015 to 2020.

“Boxing training has taken off over the last few years, as we have seen with the development of boxing tools and games,” said Chris Zoller, vice president of marketing and product development at Everlast. “Through Everlast Fitness, we hope to make connections with trainers and athletes around the world more accessible to users,” he added.

Loading...
Newer Post
Magaly Medina hesitates to Tilsa Lozano who will marry the boxer Jackson Mora: “She wanted to marry Juan Vargas, but she had her as a snack” [VIDEO]
Older Post
Canelo will play golf with other athletes in the Icons Series