Everything ready for primer ‘Boxing and Salsa in Honor of Dad’ 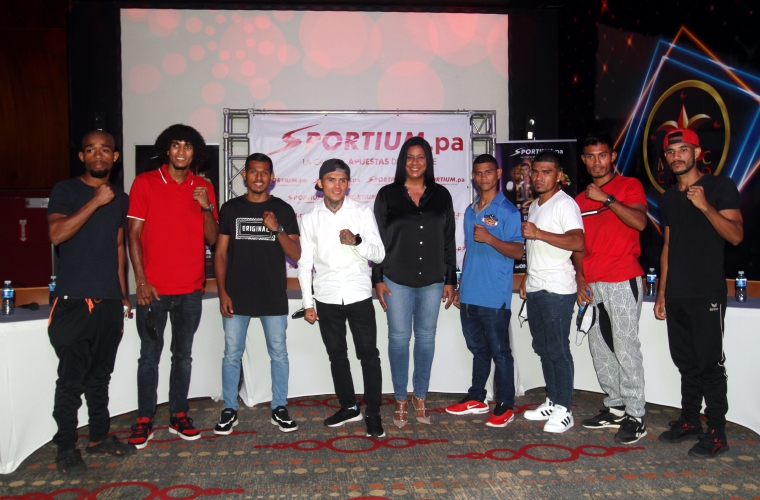 With the 'Face to Face' of the fighters who will face each other, yesterday the last details of the booklet 'Boxing and Salsa in Honor of Dad' wer

With the ‘Face to Face’ of the fighters who will face each other, yesterday the last details of the booklet ‘Boxing and Salsa in Honor of Dad’ were given, which will be held tomorrow Saturday at the Majestic Casino of the Megapolis Outlets Paitilla and which is organized by the company Laguna Premium Boxing.

Yesterday, most of the boxers who will be part of the function were present, including those of the main fight between the Mexican Saúl Juárez and the Nicaraguan Keyvin Lara, who will fight for 8 rounds and 115 pounds.

DO NOT STOP READING: The women’s team hopes to get the most out of Ecuador

Juárez and Lara are widely known by boxing fans in Panama, as they have fought several times on Isthmian soil and faced cartel rivals.

For his part, Lara has faced boxers of the caliber of world-ranked Keiver Fernández and Norbelto Jiménez in Panama.

In the co-main fight, Ernesto Marín from Colon will seek to return to the path of victory when he faces Jorge ‘El Búfalo’ Sánchez from the capital in 8 rounds and 126 pounds.

Marín lost his undefeated record in his last fight on January 14, 2022, when he fell via sixth-round TKO to Colombian Carlos Suárez.

For his part, ‘El Búfalo’ Sánchez, comes from a long inactivity, since he had not fought since March 29, 2019 when he was defeated by Jaime Muñoz.

In another fight, the Panamanian Edgardo Ávila will face the Colombian Jhoyner Cervera in 8 rounds and 126 pounds.

DO NOT STOP READING: Sánchez affirms that the Sub-20 goes with everything

Another fight that draws attention is that between heavyweights Pascual Hodgson and Víctor Delgado over 6 rounds.

It will be a revenge fight, with Hodgson winning the first duel by majority decision. Two other balanced lawsuits complete the show.

Today the official weighing of this card will take place, which is scheduled for 1 in the afternoon at the Roberto Durán arena.

Previously, at 9:30 in the morning, the swab tests will be carried out on the boxers, trainers and officials who will perform in the function.

The function is scheduled to start at 8 pm and in addition to the combats there will be a presentation by the orchestra ‘Son del Barrio’.

Tags: Saul Juarez, boxing panama, Laguna Premium Boxing
Boxing: Like a stick like a chip: Rafa Lozano’s son is a young European champion
Le’Veon Bell leaves the grid to debut as a boxer
Russian Umar Kremlev is re-elected as president of the International Boxing Association
BOXING 3145

Loading...
Newer Post
Days, buy tickets and movies in theaters
Older Post
NBA Finals 2022: Stephen Curry and the first MVP of the final of the player who ruled them all