Everything ready for the Daikin Madrid Open 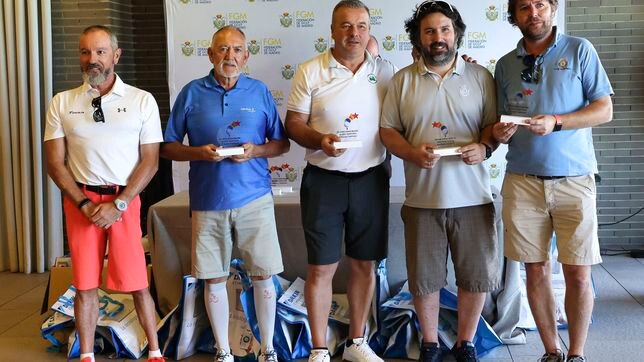 The Daikin Madrid Open Disc-Am, like every year, is a golf festival that inaugurates a unique competition that will be held this weekend, September

The Daikin Madrid Open Disc-Am, like every year, is a golf festival that inaugurates a unique competition that will be held this weekend, September 3 and 4, at the El Encín Golf course.

An adaptation of the traditional Pro-Am in which a disabled player forms a team with three other amateur players in a unique tournament where they show off their high skills in the game while visualizing the integrating capacity of the sport for anyone who wants to discover it. regardless of their disability: whether they are amputees, blind, with intellectual disabilities, reduced mobility or degenerative diseases.

The Disc-Am was played in a 9-hole shooting competition in Scramble mode and had the team made up of James Hourigan, Jesús Pastor, Jaime Bernal and Javier Erburu as winners of the test with a final result of -11 net shots. In second position, and also -11 net shots -the tiebreaker was determined by the added handicap-, the team made up of Carlos Javier Gutiérrez, Luis Corralo, Carlos Castillo and Pablo Cabanillas. 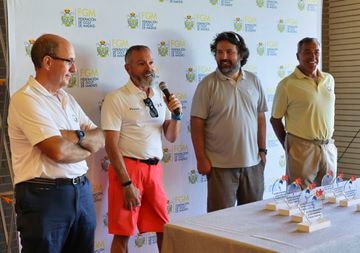 The Daikin Madrid Open brings together almost a hundred players with different disabilities: amputees, the blind, intellectuals, those with reduced mobility and those with degenerative diseases who make visible the integrating and inclusive capacity that golf represents in the sporting life of a multitude of golfers, without limit of age and gender.

The tournament will have participants from 10 different nationalities that will include some of the best in Europe such as the young Rasmun Lot, the Valencian Antonio Llerena or the professional Manuel de Los Santos, and the recent British Open champion for the blind, Alejandro de Miguel, in addition to players from Mexico, Chile, Ireland, the United Kingdom, Turkey or Argentina, among other nationalities.

In addition to Daikin, the tournament also has the collaboration of the automobile company HYUNDAI, and ISPS HANDA, which supports world events for athletes with disabilities, and especially golfers with visual impairment, and the support of the European Association of Golfers with Disabilities -EDGA-, and the Royal Spanish Golf Federation and is valid for the world and national ranking.