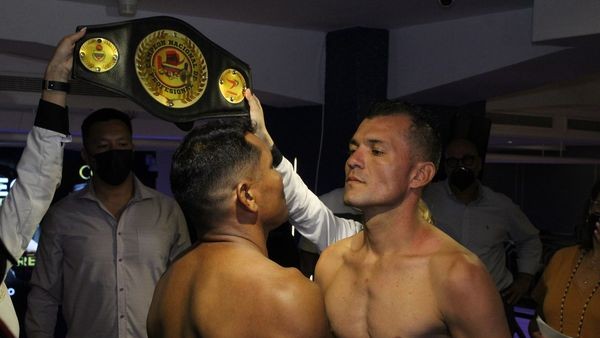 Caracas.- Prior to the event, which has the motto "Ko to drugs", this Thursday was held at the Grand C

Caracas.- Prior to the event, which has the motto “Ko to drugs”, this Thursday was held at the Grand CCCT Casino facilities, the weigh-in of the boxers who will participate in the event, which will be free for casino customers and general public who wants to attend.

Of the eight contests, one will be between women. Debora Rengifo and Rosana Colmenarez will look to win the women’s flyweight fight over six rounds. It is not the first time that both are in a ring.

“I have fought with her, that fighter is strong,” Colmenarez mentioned about her opponent. She commented that she has had a strong preparation, from day to day, for the combat that according to her will be exciting.

Debora Rengifo said she was happy, cheerful and eager to fight. “I have already faced her, I know that she is not an easy rival, she is a very strong opponent, but we are prepared to wage war,” she commented.

The promoter of the event, Rafael Morón, invited boxing fans to attend a “unique show in Caracas, Las Vegas type.” He stressed that attendees will have guaranteed security, with more than 40 people in charge of maintaining order.

Boxing trainers recognized in Mexicali | Forward Valley
Boxing: Klitschko wants to return to the ring, “if the war in Ukraine ends soon”
Golovkin: Beating Canelo would be the biggest win of my career
BOXING 3716

Loading...
Newer Post
Formula 1 “does the ugly” to the Mexican after the Hungarian GP
Older Post
Golf, rugby and solidarity for the benefit of the UAR Foundation