Everything you need to know about the Super Wild Card Weekend 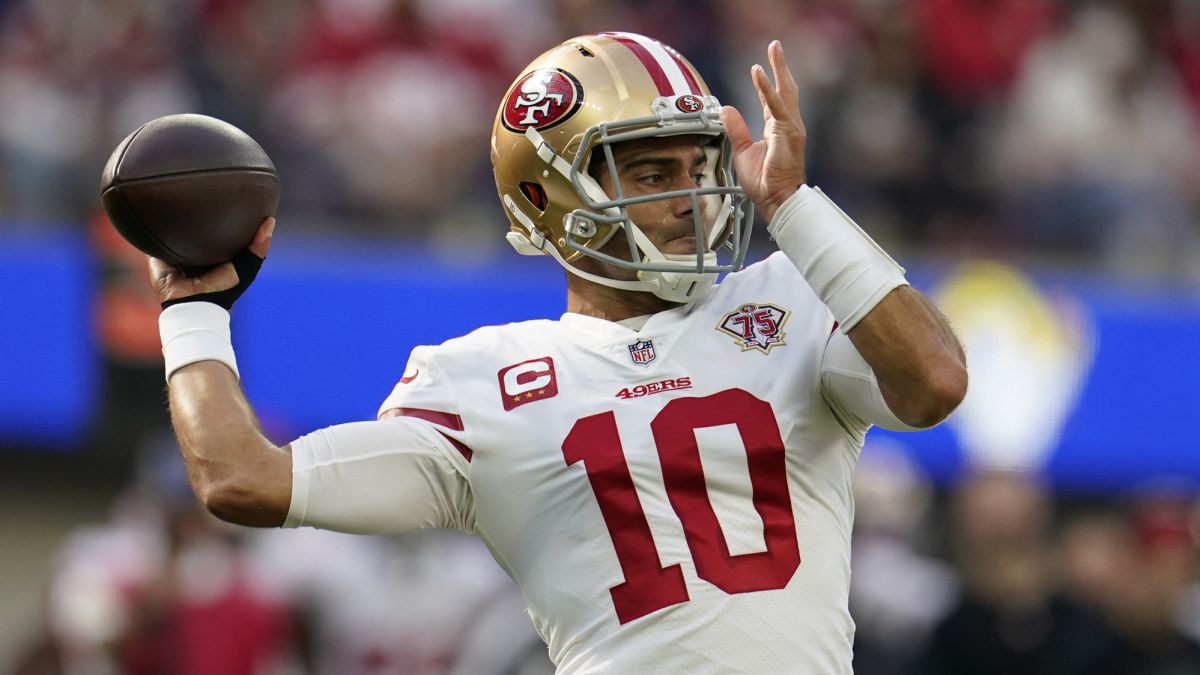 For the first time in NFL history, the last two playoff tickets were decided on the last play of the last game of the regular season. The Steelers

Everything you need to know about the Super Wild Card Weekend

For the first time in NFL history, the last two playoff tickets were decided on the last play of the last game of the regular season.

The Steelers, 49ers and Raiders won their games in overtime to stay alive in January, in what was probably the most dramatic season finale in history.

In the midst of all that drama and the suspicions that the Chargers and Raiders would have agreed to tie for both to qualify and leave Pittsburgh out, we have the 14 invited to the Playoffs.

There is a lot of history in the crossovers that await us at Super Wild Weekend, so let’s get back to the background.

In Week 11, the Bengals defeated the Raiders 32-13 in Cincinnati.

Derek Carr finished with 215 yards, with a touchdown and an interception for Las Vegas.

Cincinnati plays at home this time and is a favorite by 6.5 points.

However, Buffalo has won three of the most recent four, including a 33-21 win three weeks ago at Foxborough.

These two rivals have met 124 times (New England dominates the series 77-46-1), but only once in the postseason. It was in 1963, when the Patriots were still playing in Boston, in a Divisional game that they won 26-8 at Buffalo.

The Bills, who lost at home to the Patriots 14-10 in Week 13, are favorites by 4.5 points to win Saturday night at Orchard Park.

For Philadelphia, Jalen hurts he finished with 115 passing yards but scored touchdowns on runs of six and two yards in the second half.

The series in the regular season is tied (8-8) and in the Playoffs as well. They have met four times, with two wins per franchise.

Oddsmakers believe we will see Brady and the Bucs in the Divisional Round because Tamp Bay is a 9-point favorite.

On January 10, 1982, exactly 40 years ago, the 49ers dynasty was born, with their 28-27 victory over Dallas in the NFC Championship. The game is a part of NFL mythology thanks to the dramatic touchdown pass from Joe montana to Dwight clark With 51 seconds on the clock, a move better known as “The Catch.”

A fact that is regularly overlooked: San Francisco won that classic despite losing six balls. Montana passed for 286 yards and Clark caught eight balls for 120 yards.

They haven’t been in the postseason since, but this is the first time they’ve met on a Wild Card. Dallas is a 3-point favorite.

In Week 16, the Chiefs beat Pittsburgh 36-10, with three touchdown passes from Patrick Mahomes, two of them to Byron pringle. In that game at Arrowhead there was no stellar tight end from Kansas City, Travis kelce, who a few days before tested positive for Covid.

The rivalry between these two historic AFC franchises began in 1970 and since then they have met 35 times (the Steelers lead the series 23-12), although only twice in the postseason.

Another duel of divisional rivals. In the regular campaign the visitors prevailed; Arizona won 37-20 in Week 4 and the Rams returned the favor in Week 14, 30-23 in the desert.

Rams is a favorite by 4 points.

Loading...
Newer Post
Friends of the boxer caught a shark under his yacht in Miami
Older Post
Boxing, a sport with many benefits for those who practice it