F1 2022: Checo Prez: What do you need to lead the World Drivers’ Championship? 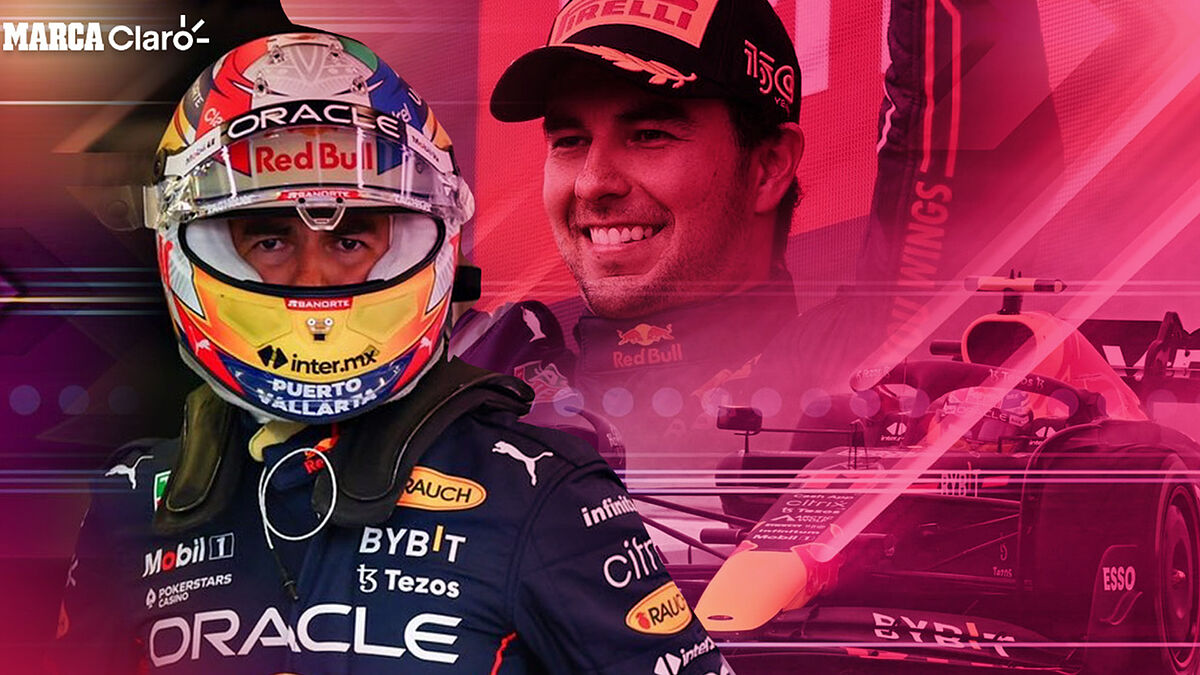 ANDthe mexican pilot Sergio 'Checo' Prez has begun to write his best season in Formula 1 when getting on the podium for the sixth time, after the S

F1 2022: Checo Prez: What do you need to lead the World Drivers’ Championship?

ANDthe mexican pilot Sergio ‘Checo’ Prez has begun to write his best season in Formula 1 when getting on the podium for the sixth time, after the Second place at the British Grand Prix last weekend and He already has 21 in his professional career.

Red Bull leads both championships and with Max Verstappen in seventh place, Checo closed the gap and is only 34 points behind the Dutch, so the battle for first place in the World Drivers’ Championship begins between the men of Red Bull.

The driver from Guadalajara has shown each race why he renewed his contract with the Austrian team and slowly gaining the trust of Red Bull boss Christian Horner and Helmut Marko, who have already made it clear that Checo Pérez’s only obstacle to being champion is his teammate Max.

Checo and his spectacular career at the Silverstone Circuit

Despite starting fourth at the British Grand Prix, the Mexican pilot fell to 17th place, but with great determination and taking out all the Mexican power he managed to come back 15 places until reaching second place, only behind Carlos Sainz.

But it was not easy, especially in the last laps, when the tapato starred in an intense battle with Charles Leclerc and Lewis Hamilton. It was on lap 45 when it all started, Checo began to stalk the Ferrari driver and when they were both in their fight, Hamilton surprised them and passed them both, but the Mexican did not shrink and immediately passed him again to win second place.

Checo’s rival is his teammate Max Verstappen. To the great performances of the Mexican and his thirst to prove to be the best Mexican in the history of the highest category of motorsports are added the complications that the Dutchman has had with his car, in the first races of the season, ‘Mad Max’ had some problems with his car and left the Bahrin GP and the Australian GP and in the Great Britain GP he suffered a puncture in one of his tires that caused him to leave the first place to finish in seventh.

What does Czech need to be in the first place?

The distribution of points in Formula 1 depends on the final position of each driver, being the first place the one that takes the most points: 25, while the tenth place takes only 1. To this you can add one more point by specifying the fastest lap as long as the pilot finishes within the limits. first 10 places.

If Checo wants to start closing the gap further with Max Verstappen, he will have to finish most races in positions ahead of the Dutchman. to score more points than him, in addition to being careful of Charles Leclerc, who has nine points less than him.

How is the World Drivers Championship going?

Tags: Claro-MX/Engine/Formula-1
F1 2022: Christian Horner highlights the respect that exists between Verstappen and Leclerc
F1 2022: The harsh confession of Verstappen’s mother: “After Abu Dhabi, I was absolutely finished”
F1 2022: Why did Lewis Hamilton refuse to act in ‘Top Gun: Maverick’? The pilot explains
FORMULA 1 1975

Loading...
Newer Post
Carlota Ciganda leads the Spanish options at the Estrella Damm Ladies Open in Sitges
Older Post
What is the Formula 1 Sprint format? The details, circuits and the changes that will take place in the 2022 season