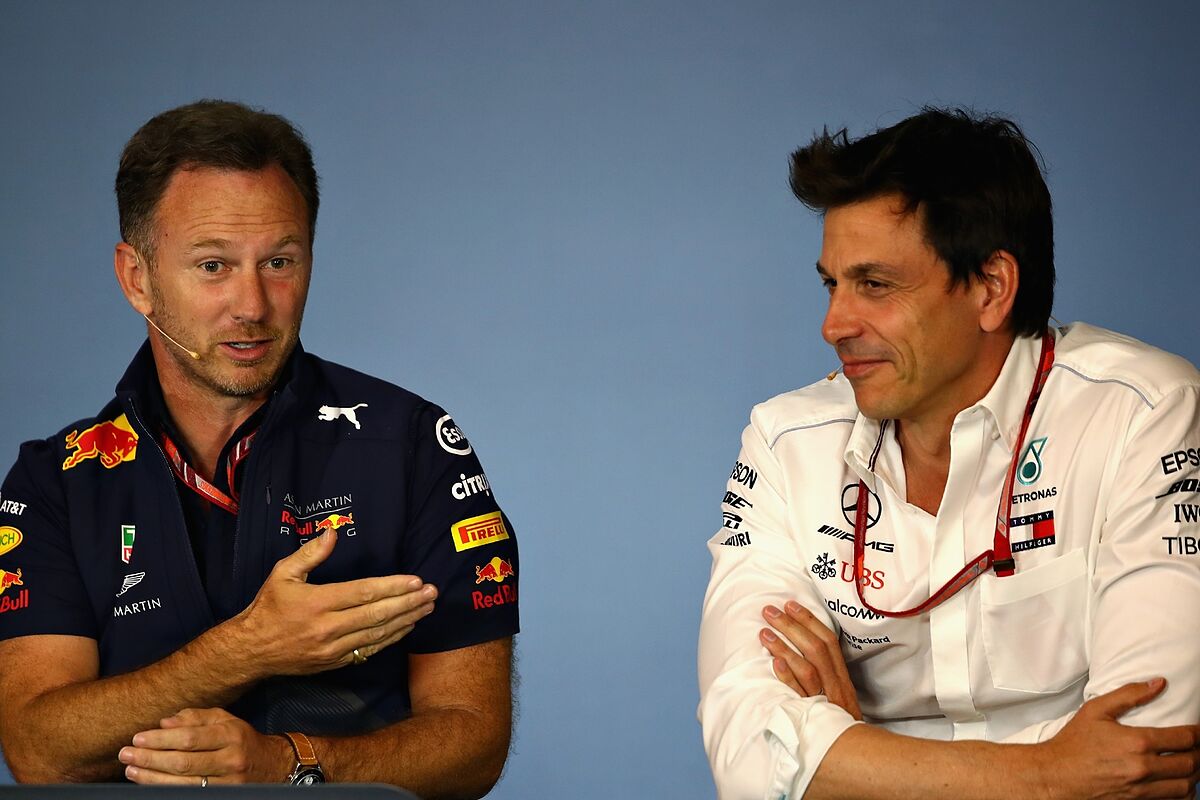 Lhe waters have calmed in the dispute between Mercedes and Red Bull, but it is more than anything because Lewis Hamilton and George Russell are no

Lhe waters have calmed in the dispute between Mercedes and Red Bull, but it is more than anything because Lewis Hamilton and George Russell are not being rivals for Max Verstappen and Checo Pérez.

The dominant team of the hybrid era has not been right with the W13 and, as a consequence, does not win races. They rather make them pick up the crumbs left by the energetics and ferrari.

In the Constructors Championship, the star mark is third with 304 points. Lately he has approached the ‘Scuderia’ (334), but he is light years from the Milton Keynes painting (431). Among Lewis Hamilton (six podiums) and George Russell (five) have managed to give the impression that they can end up being victorious in one of the nine rounds that remain to finish the 2022 course. They have developed their (vulnerable) car to the point of making it more competitive, but they continue to depend on the failures of their opponents (in this section, those of Maranello have been excessively ‘generous’).

In spite of everything, in Red Bull they do not forget Mercedes. Christian Horner He has spoken again of his crude rivalry with toto wolff, head of the German cadre. And he has also recalled what happened in Abu Dhabi 2021. You already know the criticized decisions of Michael Massi from the safety car caused by the accident Nicholas Latifi. And the epic victory of Max Verstappen in a last lap for history. Lewis Hamilton was left without an eighth crown and is still traumatized by what happened on the Yas Marina track.

“I always tend to look ahead, so the Abu Dhabi thing already seems to me something very past. We already turned the page. I can understand that if you were a fan of Lewis (Hamilton) or Mercedes you would feel quite aggrieved by what happened in Abu Dhabi.. And if you are a fan of Max (Verstappen), you will feel that it was an act of justice for what happened earlier in the year. Sport always generates opposite poles. Last year it was not only what happened in Abu Dhabi, I want to remember that last year there were 22 races. I think Max deserved that championship? Of course. And I am never going to obsess over this matter,” Horner said, in an interview with ‘Sky Sports F1’.

Wolff out of s

As far as his complicated relationship with wolffthe highest sports manager of Red Bull clarifies: “It’s not that I have something personal against him. Toto is Toto. He has done a phenomenal job with Mercedes. Obviously, he has come to the sport from a very different environment than mine, he has a very financial and it is very easy to upset him, as can be seen constantly. Sometimes things affect you a lot. So of course when you’re competing, and last year was extremely intense, it’s always interesting to see how people react. And when they’re smashing the earphones and stuff, you can see that you’ve gotten to their deepestHorner declared.

Horner stresses that it doesn’t matter to him how his work is perceived at the forefront of the energy drinks cadre. “My mission is to do the best I can for the team and the people I represent. If I look at someone like Sir Alex Ferguson (mythical former manager of Manchester United), I doubt he ever cared about the perception other managers or people had of him in the sport.“, he concludes to close his speech.

Loading...
Newer Post
FedExCup: what it is, where it is played, how it works and golf playoff standings
Older Post
Gareth Bale ‘changed’ football to also play baseball