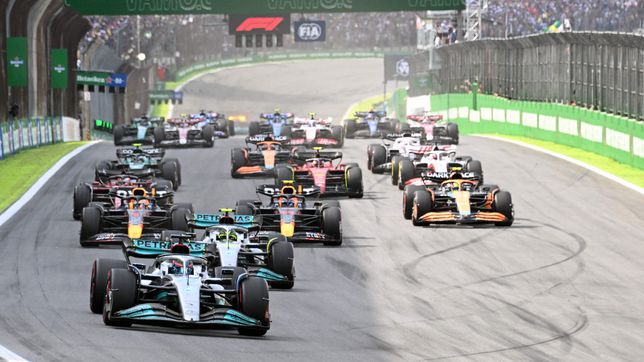 Actually, with the two titles decided so far in advance (Verstappen won the Drivers' World Championship in Japan and Red Bull the Constructors' Cha

Actually, with the two titles decided so far in advance (Verstappen won the Drivers’ World Championship in Japan and Red Bull the Constructors’ Championship in Austin) we have been thinking more about what is to come in Formula 1 in 2023 for some time, but once After the 2022 season, all efforts and eyes are focused on next year. A campaign that will have important novelties in the line-ups of the teams.

Although at the top of the table, Red Bull, Mercedes and Ferrari, everything will remain the same with the six drivers who, a priori, will have the best cars on the grid, in the rest of the teams there will be notable changes, starting with the signing de Alonso by Aston Martin as a replacement for another champion, Vettel. The place left by the Asturian in Alpine is for Gasly, forming a French tandem with Ocon.

The new owner of the second McLaren, Piastri, came out of one of the most notorious soap operas of the silly season, leaving Ricciardo out of the game. De Vries finally gets his chance at the Grand Circus at Alpha Tauri and Williams and Haas were the last to decide on their driver pairing: Sargeant will join Albon in the Grove team after obtaining the super license and Hulkenberg returns to F1 to replace Mick Schumacher in the American training.