F1 | An Alpine too discreet 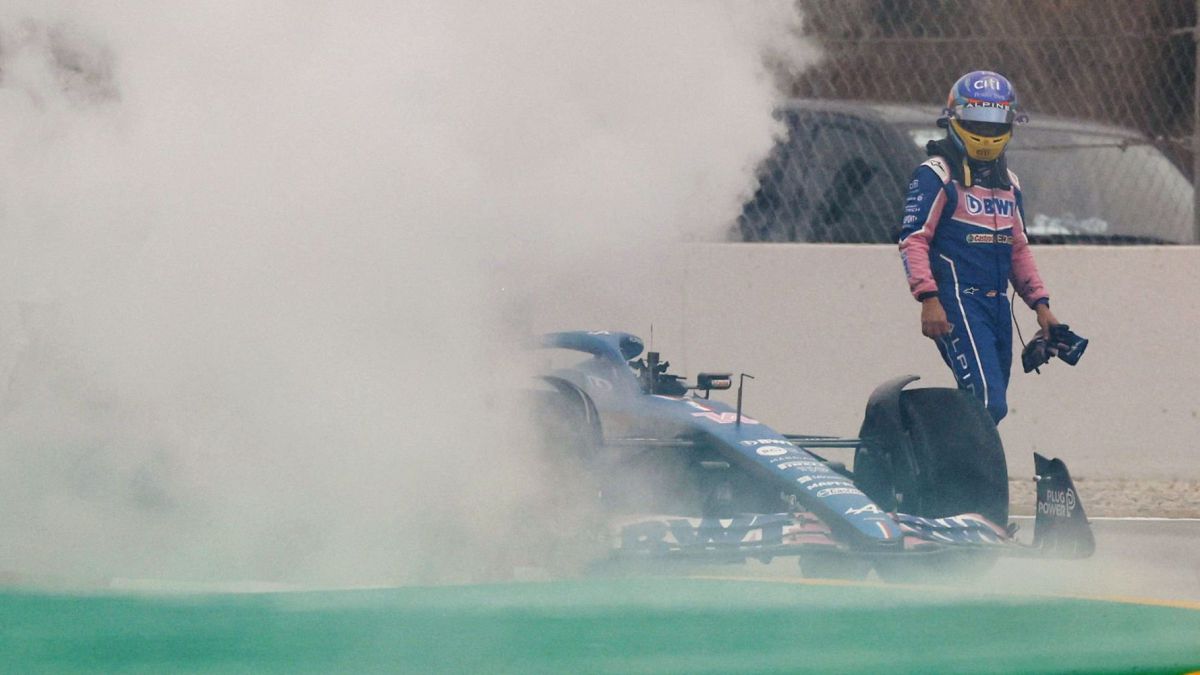 It is not a good sign that the mechanics disassemble the garage and listen to techno music while the rest of the teams roll on the asphalt. Alpine

It is not a good sign that the mechanics disassemble the garage and listen to techno music while the rest of the teams roll on the asphalt. Alpine finished the pre-season tests in Barcelona badly due to a hydraulic failure, predictably from the engine, which ruined the last day for Fernando Alonso and Esteban Ocon. The morning smoke leaves no room for doubt, something did not work this Friday. But the analyzes and conclusions will be made in December, with the season over, and not in February, with the course still to start. AS has delved into the environment of the Enstone team and the sensations are neither bad nor good, simply because they have not yet tried to check the real potential the new A522.

The car is “normal” is the answer you get when you ask about its performance. During this week, Alpine has run relatively full of fuel and that vitiates any fast lap attempts. Neither have they risked or rushed for a simple reason: they were short on spare parts, there was only one front and rear spoiler, so they couldn’t break on a gravel excursion. That denotes a bad: They have arrived too fair at the February tests, with the car just finished, and they have not been able to squeeze it in Montmeló. Alonso has already made it clear to the staff what features need to be improved in the coming weeks, he was critical. Regarding the breakdown, it will be studied at the factory once the affected parts are cleaned.

The Bahrain tests (February 10-12) yes there will be batches of performance, pure performance, it cannot be delayed any longer before the first GP of the season, on March 20 in Sakhir. AS has been able to confirm that it will arrive a new package of aerodynamic parts for the A522. As for the power unit, it is known that the preparations were not easy and that there have been breakdowns at the factory, just as it is rumored that the update to the new fuels choked, although “everyone has lost performance” in that section, transmits Alonso.

“We don’t even know”

Is the Alpine a disaster? have you shipwrecked The plan? The exaggerations in some pre-season tests have very short legs, simply because it has not been wanted or been able to corroborate on the asphalt if this new single-seater is ahead, in the middle, or behind on the grid that will configure the first classification of 2022. “No We don’t even know it”, they say from inside a box that was being dismantled at forced marches. It is useless to make calculations when not even Red Bull or Mercedes have shone excessively. In any case, nobody expects Alpine to fight for the title this year: they are coming from fifth in the constructors’ championship.

The changes in the factory, including the appointments of Szafnauer (main team) or Famin (CEO of Alpine Racing) and the departures of Budkowski and Prost, have no consequence on the behavior of the car, because the technical development continues to fall on Pat Fry’s team and the operations on the circuit are the responsibility of Alan Permane, two classics. It is evident that the French firm is rocked by a political torrent, with so many changes in senior management and in other levels of the team, but that does not influence the A522. Now, yes, There is work ahead to reach the Bahrain tests in better condition.

50 years after Reutemann’s historic debut in Formula 1 | Lole was one of the four drivers who scored pole position on his debut in the category
Nikita Mazepin, F1 driver, recognized in the game between Pumas and Braves
Without help: this is how Ayrton Senna drove in Formula 1
FORMULA 1 1529