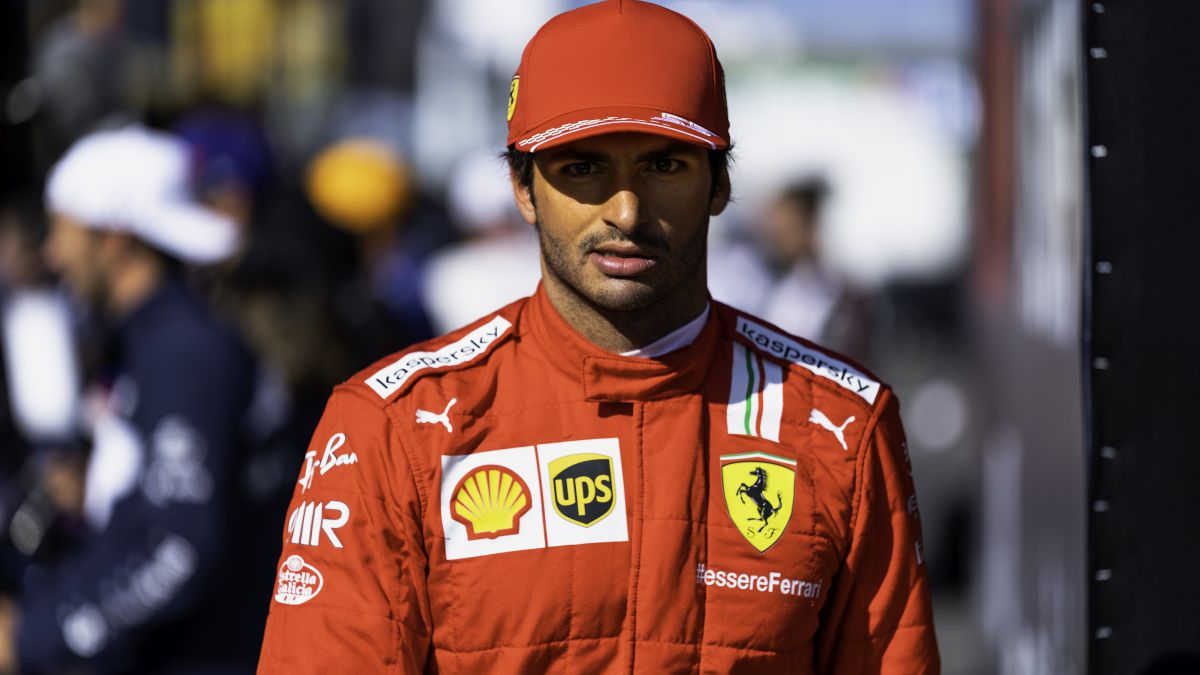 Monza, tifosi, Ferrari, pizza ... but before diving into the experience rossa the 'orange file' had to be solved, last Sunday's race at Zandvoort

Monza, tifosi, Ferrari, pizza … but before diving into the experience rossa the ‘orange file’ had to be solved, last Sunday’s race at Zandvoort with such a poor pace by Carlos Sainz. That suggested that the SF21 did not run as usual at the Dutch GP and aerodynamic analyzes at the Maranello factory have concluded that there was indeed a problem with the car and the loss of performance was relevant. The cause is known, but it will not be publicly disclosed.

“We found that the car was not one hundred percent and that as the race progressed, it got worse. That left me calmer and allowed me to focus on Monza,” the Madrid driver explained to the AS recorder. The question was obvious: And how far can you count?. The answer: “Up to here, it is not worth going into details. It was a very tough race mentally because I saw that I did not have my rhythm of the whole year, I was going backwards, but Why spend a lot of time thinking about it if I know that the car was not one hundred percent? “. “It was a race to fight for the top-5 and I couldn’t, I hope it doesn’t happen again.”

From there, to the Italian GP: the tifosi “have already located” Sainz’s hotel, which is preparing for an avalanche of support from the most intense fans of the world. Big circus. No overwhelming entrance expected (about 30,000 viewers with restrictions), but in the approaches the pilots feel the heat. And those of Ferrari, more. “It is special, I will never forget it, I will keep these memories until I get older. So I want to take my time to enjoy it. It is a tough weekend because there are many commitments, but I want to make sure that I also stop a bit to feel what I feel “, recognizes Carlos, 27 years old.

The Ferrari does not aim up at Monza, it is a fact, because the power deficit on the straights is paid dearly in the Temple of Speed. But there is expectation in the garage. “We know that we are going to suffer on the straight, and that the medium and fast corners like the Lesmos and Ascari are not our strong point. It is a circuit, on paper, hard for us. But so did Silverstone and we managed to go well, and there was also a sprint qualifying there. “What would be a good result this weekend?” I don’t know.

“It’s special since you leave the hotel”

For the rest, little news on Thursday in Italy after a week full of confirmed signings for 2022 (Russell to Mercedes, Bottas to Alfa Romeo and Albon to Williams). Kubica who repeats to replace Raikkonen with Alfa Romeo covered by the tricolore. Verstappen defends a three-point lead over Hamilton and Alonso seeks reward in the second ‘F1 Sprint’ of the 2021 season. The Asturian, by the way, knows something about tifosi (he won with Ferrari at Monza 2010). “When you are a Ferrari driver you feel something special when you leave the hotel, you see the color red at the entrance to the circuit, in the stands, the fans surrounding the parking lot, on top of your car, almost breaking the windows … a lot of passion. Everything goes up. until the race starts, that’s why I say that winning is the next step of happiness “-

F1: “In 2022 the differences between teams will be tenths, not seconds”
Valtteri Bottas to leave Mercedes to join Alfa Romeo in F1
F1 A challenge for Ferrari
FORMULA 1 156