F1 | Carlos Sainz: “The podium was within my reach… even a little more” 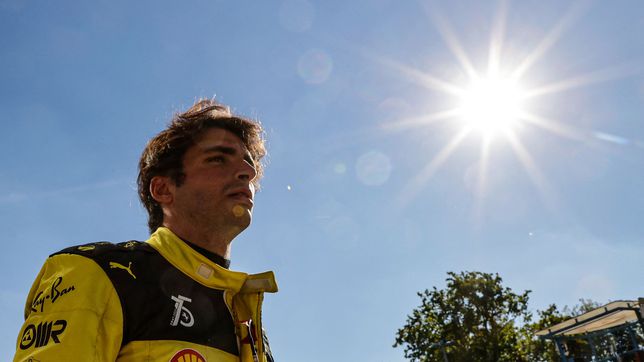 “Carlos, Carlos!” fans shouted more than an hour after the race on the same Monza straight. Sainz responded, climbed on the fence and photographed

“Carlos, Carlos!” fans shouted more than an hour after the race on the same Monza straight. Sainz responded, climbed on the fence and photographed himself with dozens of them for several minutes. Earlier in the race, he thrilled the tifosi with a comeback of fourteen overtaking on the track, from 18th to 4th. The only downside: the podium was within reach in the final laps, with and without a safety car, but the final failure left him with no options.

—A pity that there was no highlight in the last laps …

—I don’t know if it was the safety car, the director (of the race) or the tow truck. Something happened because it seemed that we would have two or three laps of the race and for some reason, it took longer than expected and there was no race.

—Would you have made a podium?

-Yes I think so. I don’t want to say that I was doing it, but with the pace I had and the new soft tire I had, George (Russell) had a used one, the podium was within my reach and even more, because I would have entered the fight with Max ( Verstappen) and Charles (Leclerc).

“Little by little it was getting more and more depressing. At first the ‘safety car’ was good, I entered the fight for the podium. But then “how slow it goes, how slow it goes, there will be no race…”, and in the end there has been no race.

—Was it possible to beat Verstappen with a single stop, not the two that Leclerc made?

—The Red Bull was going very fast. I have to take a good look at Charles’ race, but I can say that if the two Ferraris had been up there, at least one would do the same as Max and the other the opposite, and that way he’s always under pressure and won’t win the race. this way. We missed accompanying Charles.

-How was the comeback?

“I’ve come back much sooner than I expected.” But once you’re up to fourth, the leaders are within pit-stop distance and it’s a chore.

“Would you have gotten to Russell without a safety car?”

—The simulation said that it was coming on the last lap, and I would have thrown in for sure. He knew where to do it and how to brake after 15 overtakes. He went with the hard one and I with the soft one.

-What has been the best overtaking?

-All. Passing Pérez on lap one was important. Stroll in Parabolica, a McLaren in Ascari. The important thing is that I didn’t lose time or get blocked in overtaking, that allowed me not to have to be two laps behind a car.

“The best race of the year?”

—For me, today yes. The pace with the soft was fast, I had a very similar pace to Charles, when this year in the race it is costing me. This time it was the same or faster. I am happy.

Max Verstappen’s wild workout
Great Britain GP F1 2022: Christian Horner on the impact of Netflix on F1: “It has turned it into ‘The Kardashians on wheels'”
An unusual proposal: Mick Schumacher’s recommendation to F1 to promote the sport
FORMULA 1 2480

Loading...
Newer Post
The Southern Rugby Union and the Palihue Golf Club come together for the benefit of the FUAR
Older Post
This is how we told you about the race – Italian GP F1 2022