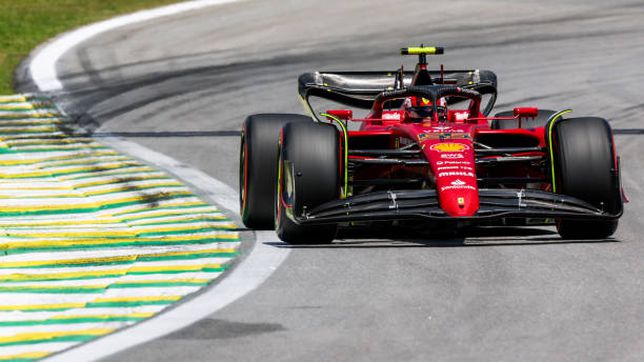 F1 (BRAZIL) | SPRINTRussell and Sainz knock down Verstappen and friendly fire, AlonsoFor different reasons, in one of the Grand Prix with the best

Russell and Sainz knock down Verstappen and friendly fire, Alonso

For different reasons, in one of the Grand Prix with the best pace for the Spaniards, both will come out behind. Carlos Sainz signed one of the best races of the season, climbing from fifth place to second. He left a spectacular overtake on Verstappen and a heroic defense on Hamilton. However, the Spaniard changes his combustion engine, so he will start from seventh place. In the case of Fernando Alonso, a double touch with Ocon relegated him to last place. He came back to fifteenth, but was later penalized, so he will start eighteenth, just behind his teammate.