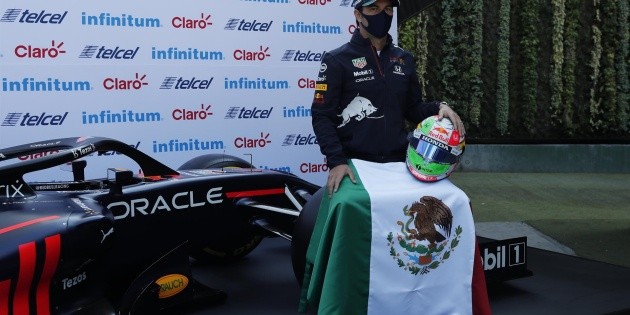 The Government Secretariat of Mexico City reported that a safety and road operation will be deployed, with 900 elements, for the Re

The Government Secretariat of Mexico City reported that a safety and road operation will be deployed, with 900 elements, for the Red Bull Show Run CDMX 2021 in Paseo de la Reforma this Wednesday, November 3, where the Mexican pilot of Formula 1, Sergio “Checo” Pérez.

The event is scheduled to begin at 10:00 am this Wednesday and end at 1:00 pm. Likewise, it will run from the Angel of Independence to Diana the Huntress, so there are cuts to traffic in central lanes.

In addition, Line 7 of the Metrobús operates this Tuesday with modifications in its service from the La Palma station to Chapultepec, a section in which temporary stops are made on the sides of Paseo de la Reforma.

He reiterated that in order to safeguard the health of those attending the automotive event, it is necessary to use face masks at all times, the application of antibacterial gel and respect as far as possible the healthy distance.

&#8220;The Government of Mexico City is pleased that the capital of the country is the scene of international events, which benefit tourism and economic reactivation, now that the capital is in the Green Stoplight; however, it is important to continue implementing sanitary measures &#8220;, he detailed in a statement.

Tags: F1, Grand Prix of Mexico, Motoring
GP of Mexico announced the sanitary protocols to attend the event
When and where is the next Grand Prix?
How is qualifying going after the Italian GP?
FORMULA 1 386