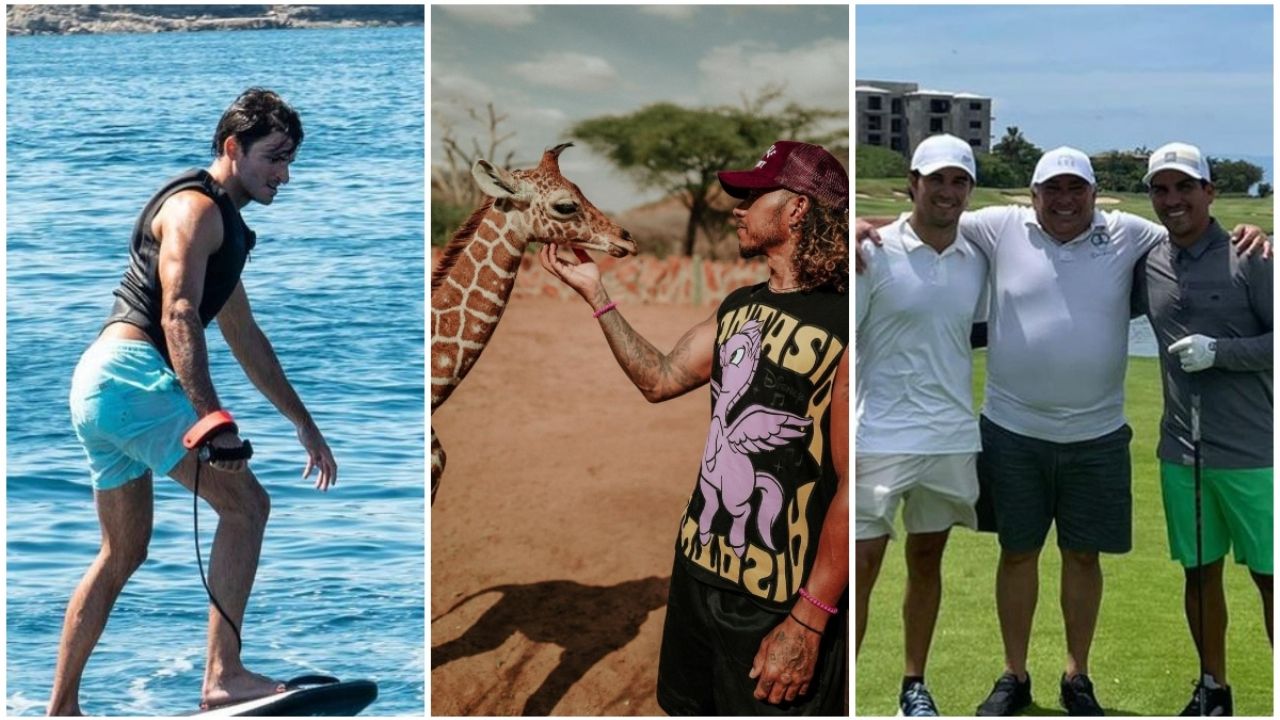 F1 drivers took a well-earned break after the first 13 races of the 2022 season, doing everything from yachting to touring Kenya and Namibia.

F1 drivers took a well-earned break after the first 13 races of the 2022 season, doing everything from yachting to touring Kenya and Namibia. @carlossainz55/@lewishamilton/@aperezgaribay Lewis Hamilton, Mercedes driver, decided to go to the other side of the world and visit the African continent and carried out different activities in the desert @lewishamilton In addition, the Briton saw a sanctuary in Kenya where he lived with different animals, almost like a safari. @lewishamilton Fernando Alonso, pilot of Alpine, showed off the yacht in which he spends his summer vacations. @fernandoalo_oficial The Spaniard was accompanied by his partner, Andrea Sclager. @fernandoalo_oficial Sergio ‘Checo’ Pérez, a Red Bull driver, traveled to Mexico to visit his family with whom he enjoyed the sun and a yacht. @aperezgaribay In addition, the father of “Checo” Pérez shared photos playing golf with his children in Nayarit. @aperezgaribay Red Bull driver Max Verstappen had a relaxed break where he decided to go for a bike ride. @maxverstappen1 Max also took the opportunity to have a good time with his girlfriend, Kelly Piquet. @maxverstappen1 Carlos Sainz, Ferrari driver, also enjoyed the sea. @carlossainz55 Ferrari driver Charles Leclerc was in Sardinia with his girlfriend, Charlotte Siine. @charles_leclerc McLaren driver Lando Norris spent it with his girlfriend, Luisinha. @landonorris George Russell, Mercedes driver, was on the beaches of Mallorca. @geogerussell63 Alpine rider Esteban Ocon also preferred the heat of Italy. @stebanocon Williams driver Alex Albon was in London playing golf. @alex_albon Pierre Gasly, pilot of Alpha Tauri, escaped to Greece. @pierregasly Alfa Romeo driver Valtteri Bottas took a bike tour of Colorado. @tiffanycromwell