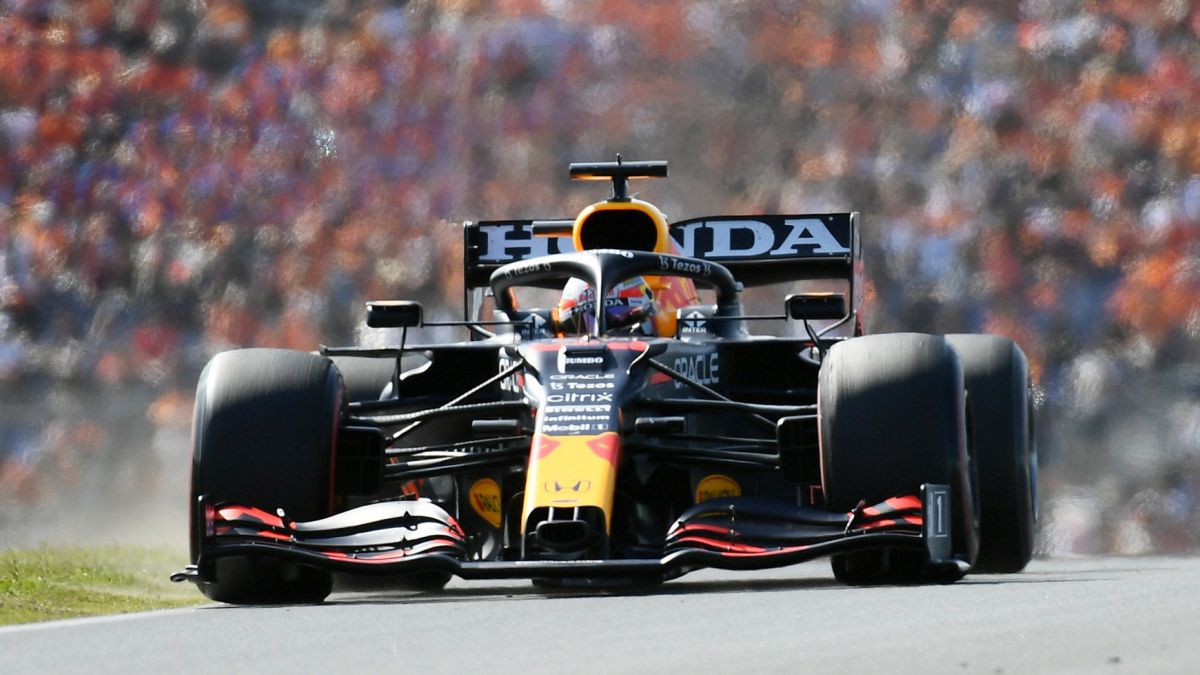 Orange layers, thousands of troops, matching flares. Rivers of people on the way to the circuit, all summoned by a genius. The dutch lion fills

Orange layers, thousands of troops, matching flares. Rivers of people on the way to the circuit, all summoned by a genius. The dutch lion fills the stands, it is not only that he wins, but it justifies the existence of the Dutch GP. He does not participate in the show, he is the show of the weekend, peppered with races, performances, beers, and hot dogs. The Formula 1 paradigm shifts, the poles shift, and this World Championship is no longer about fantastic power units and aerodynamic wonders, but moods. Verstappen, with his people in tow, is called to make history And this Sunday he put another brick in the wall he is building to isolate Hamilton and the Mercedes: won from pole at Zandvoort, he dismantled the strategy of his rivals and advanced on a circuit that does not allow it.

The Dutchman did everything, and everything well, in a purely strategic race. He started smoothly and defended the privileged position at the start. Only Fernando Alonso, who started ninth, was able to gain positions in the first round on his own merits: he stuck to Ocon, got to put a wheel in the grass but traced turn three on the outside, the one whose line he invented for the rest, and overtook the other Alpine on the outside. Then, in the semi-direct, he also passed Giovinazzi. Two places at the crucial moment, until the seventh, to place behind Gasly, Leclerc and Sainz. In the end he was right, “the grid position is useless, it doesn’t mean anything.” The differences widened from then on (Ocon protested because Fernando “was slow”, but wanted to make room to take care of the tires). circuit to become the hero.

With the platoon stabilized, Hamilton advanced his stop on lap 21 because I was following a two-stop strategy. It was not quick. Verstappen responded to the next step to the finish line and started in front of the Englishman, but he gave up the lead with Bottas because the Finn had not changed his tires, he was going to a stop unlike the two rivals for the title, who would make two tire changes each. . Mercedes’ “plan” was to divide strategies and force ‘Mad Max’ to fight on the track against the Finn. Ten laps later, the Red Bull was already on the back of Valtteri, who was riding with the wheels on the canvas. He caught on the steep bank of the third sector and passed him at the finish as if it were easy on the DRS. End of story.

The wall of Mercedes proved that it is by no means infallible when ordered Hamilton his second ‘pit-stop’ at the least opportune moment and took him out on a traffic train. It was lap 40, Red Bull took cover instantly and Verstappen came out very comfortable, with more than two seconds of advantage over Sir Lewis that from then, until the checkered flag, they would not stop increasing. The 70,000 pilgrims who packed the stands were raising the tone as laps were discounted in the classification until the absolute delirium of the end of the race. Max won at home, followed by Hamilton and Bottas. He inherited the scepter of Niki Lauda as champion of the Dutch GP (it had not been contested since 1985, when the country was still called that) and regained the leadership of the World Championship with three points of advantage over the seven-time champion. So, to Monza.

Alonso went back to sixth, ahead of Sainz

Behind, little fight between the noble zone. Gasly consolidated fourth place with the Alpha Tauri, followed by the two Ferraris, but with huge time differences between cars. Leclerc was fifth and Sainz was sixth. Madrid’s career was boring, but effective, until Bottas doubled him. The Finn had a slow performance and generated behind him a train that became tremendously dangerous. Leclerc escaped because he did not turn around, but Carlos found himself very, very pressured by Alonso The Asturian smells blood, he hunted prey in the start and did it again in the final rush with Carlos, who he overtook in the straight. Thus Fernando was sixth, his best result of the season after Hungary’s fourth, and Sainz fell to seventh place.

Behind them, Pérez, Ocon and Norris closed the top-10 with a serious comeback by the Mexican, who started from the ‘pit-lane’ and starred in several passes on the slowest cars at the beginning, all at risk. Saved two points. Vettel failed, spinning into corner third, and lost many places to Giovinazzi, who was unable to capitalize on seventh on the grid with the Alfa Romeo. Among the men of the day, Kubica was 15th with the other Sauber replacing Raikkonen. Better than fixtures like Latifi, Russell or Mick Schumacher and only one spot behind his teammate. The Polish dignifies the profession of pilot, I had never raced at Zandvoort or had experience in a race session with Kimi’s car.

The other face of Mercedes
A former Formula 1 champion predicted the future of Lewis Hamilton
Spanish GP F1 2022: Checo Prez wants a podium in Spain to dedicate it to his new son
FORMULA 1 1539