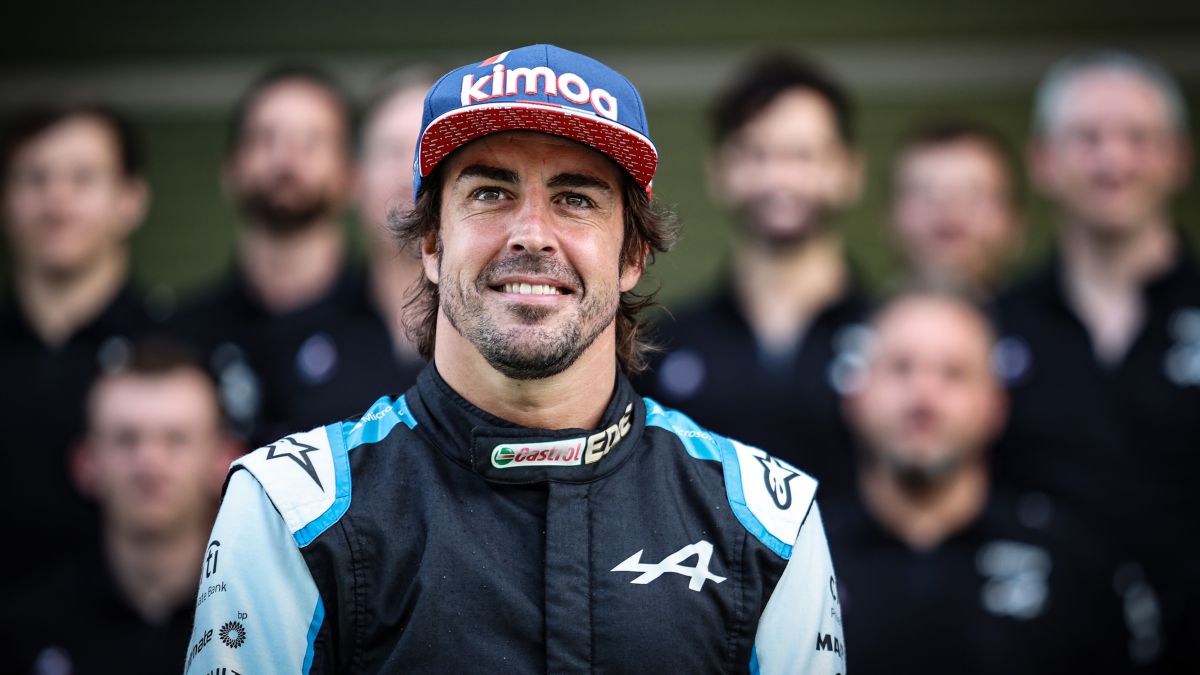 The last engagement, a walk through a paddock about to disappear. Fernando Alonso (Oviedo, 40 years old) says goodbye to the season of his re-run

The last engagement, a walk through a paddock about to disappear. Fernando Alonso (Oviedo, 40 years old) says goodbye to the season of his re-run in Formula 1 with Alpine. He predicts that it will not be a winter break, because he has pending tasks until January. You acknowledge that your return to the World Cup may well be included among all those qualitative details, not quantitative, that enhance his record in the championship, whether fighting for titles with inferior cars or returning to being the same as always. And he admits that, although there are interesting statistics on the way, the only motivation that moves him is the thirst for victory. The 40-year-old Asturian closes 2021 with AS.

—How much desire to disconnect do you have after such a long season?

“I feel like it, yes.” But as I have things to do. Between this weekend’s go-kart race. Then I have to go to the factory, to the simulator. Then Christmas in Spain. Then the operation to remove the plates (a surgery related to the bicycle accident you suffered in February 2021). I’m thinking of the end of January as a real break. So I feel like it, but I still have a little left.

—Schumacher left F1 and returned, but did not return to this level. Do you think this strong comeback is going to be another one of those details of your career that sets you apart from other world champions?

-I think so. Honestly, F1 is a brutal sport in that sense. It leaves you cornered, you are a year out and you are already obsolete in terms of procedures, in terms of understanding the car and so on. Although I stayed close to McLaren and close to the sport, this comeback requires a lot more dedication than I had before. In 2018 it’s not that it didn’t work, but now on the lap I have to spend a lot more time with engineers, I have to check a lot more telemetry. They gave me a computer where I have all the ‘on board’ race laps of all the drivers from last year. I’ve had to spend a lot of time on it. When you come back, and you come back in a competitive way, it is not usually by chance. There is a job behind it, in the shade, very big. I understand that not everyone is willing to do it. You don’t come back for a walk, but maybe you don’t put all the interest in it that you have to. That will not be the case with Michael, or Kimi, but when you see some things you realize that it is normal that they cost a little more.

—He can go over a hundred podiums, he can be the rider with the most grand prizes. What data, figure or milestone is the one that motivates you the most for the next few years?

“What I want is to win again, that’s what motivates me the most.” The other numbers will come. The one hundred podium thing is good, but it doesn’t obsess me either. And being the driver with the most races will inevitably come, because it does. But winning, winning a race or trying to fight for a championship like Hamilton and Verstappen did, that’s really the only thing that would motivate me. And I’m going to be a few more years. I don’t know if three, four more years, and I hope to have the opportunity.