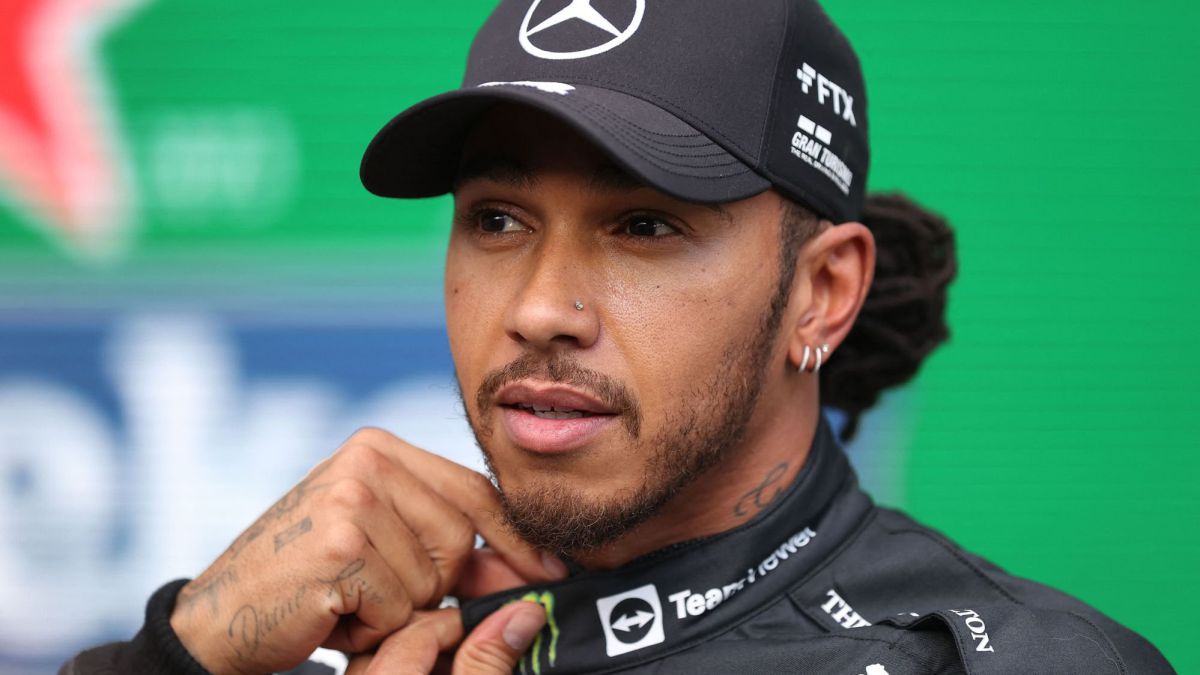 Twenty hours after qualifying, the decision of the stewards is official: Lewis Hamilton is disqualified for technical irregularities in his Merced

Twenty hours after qualifying, the decision of the stewards is official: Lewis Hamilton is disqualified for technical irregularities in his Mercedes and will have to start the sprint from the last place on the grid, or failing that, the ‘pit-lane’. In the meantime, Verstappen is fined 50,000 euros! for having ‘felt’ the car of his great rival in the parc fermé, the referees also confirmed forty minutes after the last free practice.

The DRS of the Mercedes ’44’ was wider than allowed in Friday’s classification, it exceeded the 85 millimeters stated in article 3.6.3 of the F1 Technical Regulations, “it did not pass the test”, so the car was declared illegal. FIA Technical Delegate Jo Bauer sent the report to the stewards after removing the wing and sealing it. Two hours before the sprint came the expected statement confirming that Lewis will have to start last Saturday’s ‘F1 Sprint’, or from the ‘pit-lane’ if it were necessary to alter a piece, as seems logical. Beyond what he climbs in the short race, on Sunday he will have to add five more penalty places on the grid for having replaced the combustion engine at Interlagos.

The commissioners argue that “although it is an isolated error and recognizing that the competitor (Mercedes) was not trying to profit”, the infringement is clear. The car is built according to the standards. Or rather, according to the examinations carried out by the technical commissars. In this case, a 85 centimeter diameter sphere must pass through touching the upper and lower ends of the aileron and in the side sections, the amplitude was greater.

Red Bull knew what it was looking for

On Friday night a decision was expected that never came, because Mercedes pointed to an apparently irrelevant, but decisive factor: Verstappen tapped the wing of Hamilton’s car in the parc fermé, something that is not allowed according to the regulations, and he had to come to testify at 9:30 am on Saturday morning. That Max, with the force of his thumb, could alter the shape of a spoiler designed to withstand extreme forces seems an insult to intelligence.

In reality, the charges faced by the two drivers competing for the championship were incomparable. There were 15 minutes of conversation before the commissioners by Verstappen together with Jonathan Wheatley, Athletic Director, although the bottom line seems different: Red Bull knew there was something illegal in the Mercedes and asked Max to review it. According to the stewards, “although it is common for drivers to touch rival cars and that was explained by Verstappen, it is forbidden to do so in the parc fermé”. The fine of 50,000 euros is a harsh corrective.

The Milton Keynes team was suspicious of the Englishman’s rear wing, the question to the FIA ​​technicians was posed before and, somehow, everyone knew what they were looking for. The question now is what led Mercedes to present a car that did not comply with the regulations: a mounting error? A breakdown or breakage? A risky decision? The Mercedes was checked after the Austin and Mexico qualifications and there were no irregularities. While waiting for explanations from Toto Wolff and company, the first conclusion is clear: the World Championship may suffer a turnaround at the Sao Paulo GP if Verstappen capitalizes on the harsh sanction on Hamilton. The Dutchman’s lead in the standings is now 18 points. This Sunday can grow.

“There is something we are doing very well”
Formula 1: the strong line of Lewis Hamilton that angered Red Bull
F1 2022: Verstappen creates his own team… and hires his father as a driver!
FORMULA 1 1257