F1 | Free practice 2 in Abu Dhabi: A hammer of reality 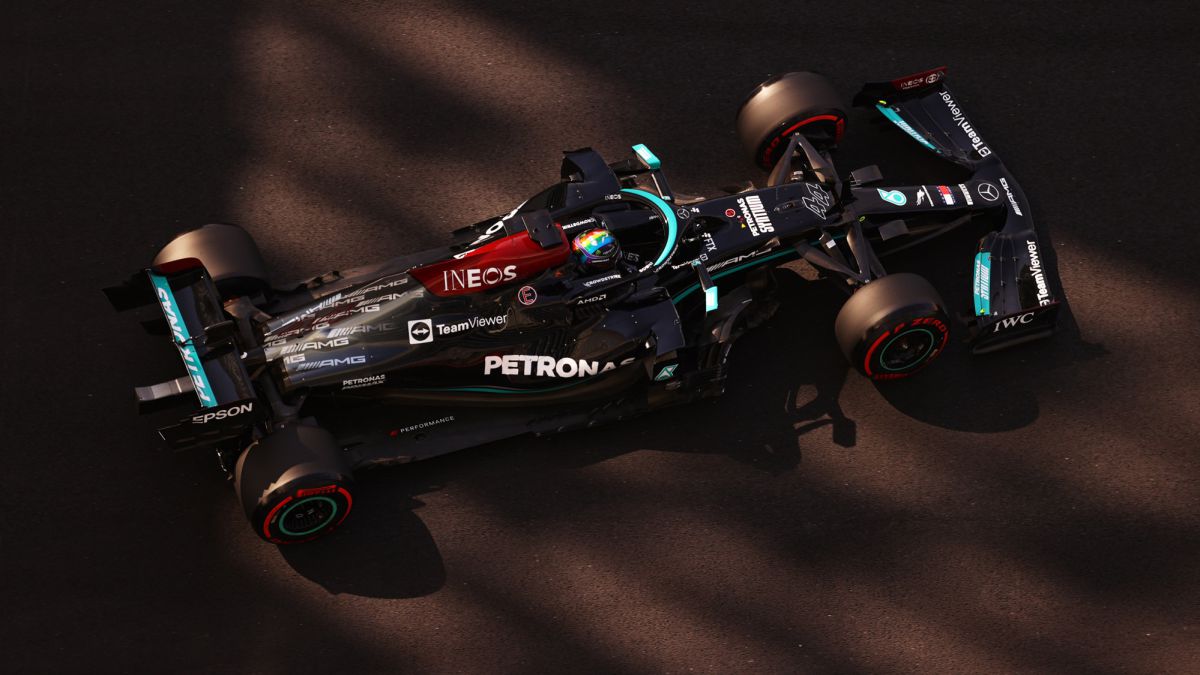 Even on points in the World Cup standings, but maybe just that. The fear now is not that Verstappen and Hamilton collide at the first corner, That

Even on points in the World Cup standings, but maybe just that. The fear now is not that Verstappen and Hamilton collide at the first corner, That also, but that the enormous superiority shown by Mercedes in free practice is confirmed. Lewis led Friday by three tenths ahead of Ocon and Bottas and up to 0.6 seconds over Max, his rival for the title. The presence of the Alpine throws unknowns, because Red Bull will be ahead when push comes to shove, but the huge difference between Mercedes and Verstappen when they did their laps within seconds of each other, and with the same tire, is a threat to interests. from the Dutchman before the race even starts.

Bottas, third in question, He was almost four tenths ahead of Checo, the Red Bull squire, and also led for much of the session. The Mercedes flies with the medium tire and the soft tire and stands as the favorite before Saturday’s qualifying. The pole here was always decisive, in the last six years he won the fastest in Q3, although the changes in the track enable the possibility of overtaking and may alter that statistic. Although beyond the numbers, what seems irrecoverable is a six-tenths deficit on the first GP day.

The expectation in the ‘paddock’ is maximum, with dozens of people around each rider in the brief moments they dedicate to cross from their ‘hospitality’ to the garage. Among the rumors of the day, the possibility that Mercedes resorted to a new engine for this last race was ruled out with five penalty places, but about 25 more horsepower of revenue. “Even with reliability issues, it wouldn’t be plan A”, Brackley’s chief engineer said. The engines have been key because they have faced the conservative stance of Honda, which only changes what is going to break; versus Mercedes, which chose to extract maximum performance even at the risk of compromising durability. It seems that the good idea was the second.

Sixth for Alonso and ninth for Sainz

In the meantime, Alonso placed sixth, behind his partner. The Asturian lost his best lap with the new tire because he exceeded the limits of the last corner, it would have earned him to be fourth. The Alpine has fallen on its feet in Yas Marina, there is no doubt, and maintains the positive trend of Doha (third with Fernando) and Jeddah (fourth with Esteban. Yes, it is a Friday, but this one in particular is worth a little more, because the Engines that are used will not have more mileage and can be squeezed in. At least, the French firm should have raised it that way.

Ferrari gave way, slightly to a few tenths of the A521. Tsunoda slipped ahead with an Alpha Tauri, Gasly not, and Leclerc was eighth for Sainz’s ninth. It does not seem like the dream start for SF21, which usually works better on Sunday when it meets the best from the first session. The night training sessions ended abruptly with a few seconds to go by a heavy blow from Raikkonen against the protections. The pilot, who this Sunday will contest his last race in the World Cup, went down on his own foot without apparent damage.

F1 | Sainz slaps the table
Formula 1 2021: the best championship in history – The preview
F1 | Carlos Sainz and the new Ferrari engine: “The sooner the better”
FORMULA 1 597