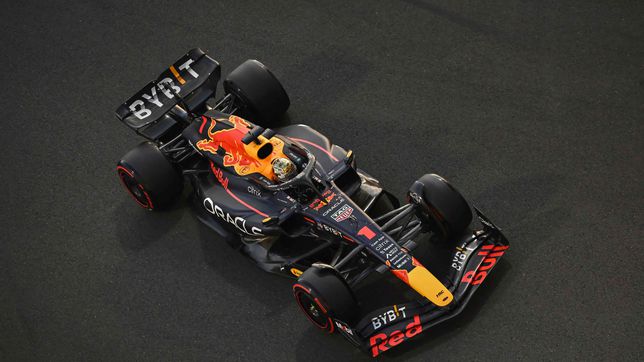 The last Friday of the season leaves Red Bull in front, as almost always in this final phase of the course, and Max Verstappen with an advantage of

The last Friday of the season leaves Red Bull in front, as almost always in this final phase of the course, and Max Verstappen with an advantage of three tenths over the rest of the mortals. The Dutchman didn’t mind missing the first session so that the ‘rookie’ Liam Lawson, true team spirit on the part of ‘Mad Max’. He did not miss the kilometers of experience and is looking for his 15th victory of the season to extend a historical record and close the year in style after the downturn in Sao Paulo, where he was surpassed by Mercedes (and beaten by one of them, the of Hamilton) and ended up being rebuked by critics for not wanting to help Pérez in the highly gratifying fight for the world runner-up.

But the Mercedes are close. Russell was second, Hamilton fourth, both led the morning practice sessions and they cannot be ruled out to fight for a victory that they already achieved last Sunday at Interlagos. Ferrari is leading Leclerc at 0.453, although he received comments from his race engineer such as “our pace is not fantastic at the moment”. The flaws of the F1-75 in the last third of the campaign are still there and they have not really fought for a victory since the summer. It’s reality. Carlos Sainz signed a discreet sixth, with traffic later. The lap was not clean and there is room for improvement. The man from Madrid also missed an hour of training so that tester Shwartzman could ride.

The two Alpines follow Carlos, with Ocon and Alonso separated by five thousandths. Fernando was also absent in Free Practice 1, his car was driven by Jack Doohan, Mick’s son. This year it was mandatory for each team to allocate two training sessions to inexperienced youngsters and the enthusiasm of the teams for the norm has led them to arrive at the last Grand Prix of the year with their homework undone. That’s why O’Ward got into Norris’s McLaren, Sargeant drove the Williams, Fittipaldi had Mick Schumacher’s Haas and Drugovich, Stroll’s Aston Martin. This Saturday (3:00 p.m. CET; 6:00 p.m. in Abu Dhabi) the last classification of 2022 will be held and on Sunday, the final race. A year ago, Verstappen and Hamilton were fighting for the title and would star in one of the most exciting season finales on record. This time it will be different.

Mercedes, without “remorse” for the Silverstone accident
the Formula 1 driver was filmed with another woman after winning the Monaco GP and apologizes
Formula 1 drivers accelerate in favor of the Covid-19 vaccine
FORMULA 1 2990