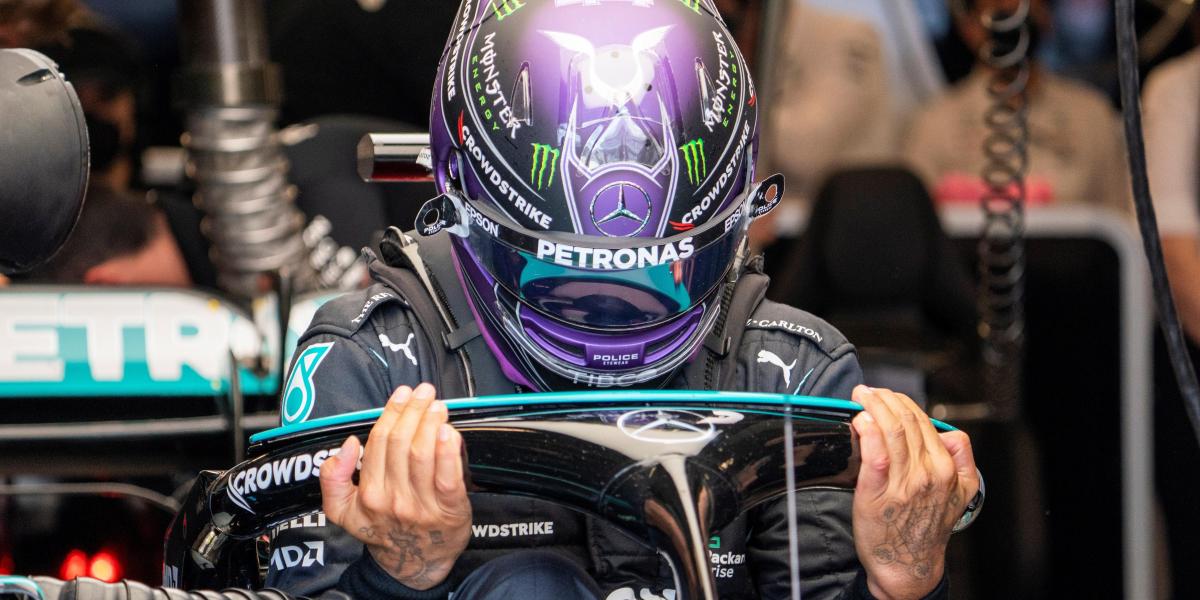 Lewis Hamilton Does not conform. He knows that this Friday he could have led the first free practice day of the 2021 F1 United States GP. He was only prevented from having exceeded the track limits, something for which Race Direction canceled his best time. Then he focused on working on a long-run simulation where he showed good pace. The battle with Red Bull is served, although it seems that Mercedes has something more to say. However, Hamilton assured that he still has “work to do” to hit the key of the difficult settings on a very bumpy track and with a higher temperature than expected.

“Overall it was a good day, but there is still work to be done. The first session was really good, but I made some changes for FP2 and I was not so happy with the car. The pace wasn’t bad, but I think we lost a bit of ground, so we have to dig into the data tonight and find out why. “commented the Briton after being 3rd on the first day.

“The surface here feels rougher and that means it’s a struggle to keep the temperature out of the tires, so there’s more degradation than we’ve experienced before. It’s been a productive day, so we have a lot of findings that we should. to be able to navigate well and improve for tomorrow, “added the Englishman, who faces the race this Sunday without being able to fail, being 6 points behind the leader of the world, Verstappen, with which this Friday he starred in a pique on the track.