F1 grows by leaps and bounds 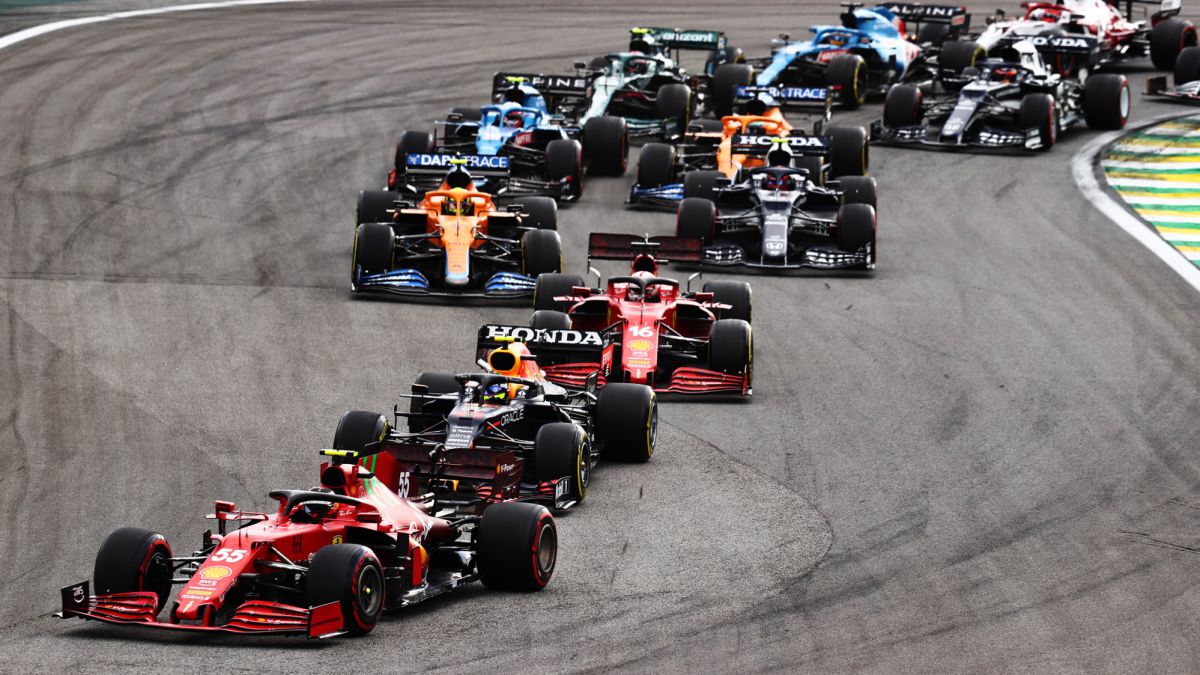 Formula 1 closes a year of records. Not only because of the 22 races that made up a less restrictive calendar thanks to the improvement of the pan

F1 grows by leaps and bounds

Formula 1 closes a year of records. Not only because of the 22 races that made up a less restrictive calendar thanks to the improvement of the pandemic, but also because, in terms of numbers, the competition continues to grow by giant steps. Record figures for the most even season in the big circus. A luxury brooch to end 2021 and face 2022 with greater motivation. Although it is already a lot with a course full of changes in the regulation and the beginning of a new era in the 23 circuits that make up the F1 season. Another record to break.

While 2022 awaits with new venues and the continuation of the races at sprint who arrived last year Formula 1 celebrates the success achieved in a year still marked by the global pandemic. However, they have managed to prevail over everything and even add three appointments to the sprint as a totally innovative format. A fact that, there is no doubthas added to the show and has made his two beasts, Max Verstappen and Lewis Hamilton, They will arrive level on points at the final date in Abu Dhabi. The expectation was maximum and the numbers praise him: A total of 108.7 million viewers followed the last race of the year, 29% more than the same event in 2020. The race, which ended with the crown in the Red Bull box and a controversy that still has a tail, was the most watched of the year, far from the start of the World Cup in Bahrain (84.5 million) or appointments to sprint Sao Paulo (82.1 million), Monza (80.4 million) and Silverstone (79.5 million).

With everything, Formula 1 closed 2021 with a cumulative television audience of 1.55 billion viewers, which represents an increase of 4% compared to the course of 2020. Globally, the average audience per Grand Prix was 70.3 million. Although, if only the markets in which similar transmission agreements were maintained in 2020 and 2021 are taken into account, the figure was 60.3 million, an increase of 13% year-on-year. Another record, because it represents the best data for the big circus since 2013. By country, Max Verstappen has put the Netherlands on the Formula 1 map. They won a Grand Prix this 2021 and their fight for the World Championship with Hamilton has undoubtedly aroused interest in their country, being the one that has grown the most throughout the season: stand out with a cumulative audience increase of 81% year-on-year, followed by the United States (+58% year-on-year), France (+48% year-on-year), Italy (+40% year-on-year) and the United Kingdom (+39% year-on-year).

But the increase in audience has also been accompanied by records on its social platforms. Formula 1 is still the most important sport on the planet or, at least, the one that has grown the most in terms of social networks and followers in 2021. The official account has a total of 49.1 million followers, increasingly committed to the publications and with a feedback much greater than other great sports on the planet. In fact, his followers on the different platforms (Facebook, Twitter, Instagram, YouTube, TikTok, Snapchat, Twitch and Chinese social networks) they increased by 40% to reach 49.1 million. Video views increased 50% to 7 billion and total engagement increased 74% to 1.5 billion.

The stands were filled

After a 2020 with empty stands marked by the global pandemic, overcoming attendance numbers was not going to be a very complicated task. However, expectations have been exceeded. 2.69 million fans once again filled the colored circuits, leaving behind a silence that detracted from the excitement of the races. And, everything, even with great limitations in massive events that, in the face of 2022, will continue to disappear until the return to complete normality. Of course, the United States was a clear reflection of what is to come. The success of the Netflix docuseries, F1: Drive To Survivesparked the increased popularity of the competition in the country, making their appointment in Austin come at exorbitant prices that the vast majority did not hesitate to pay. The United States GP broke records with an attendance of 400,000 people, the maximum of all of 2021.