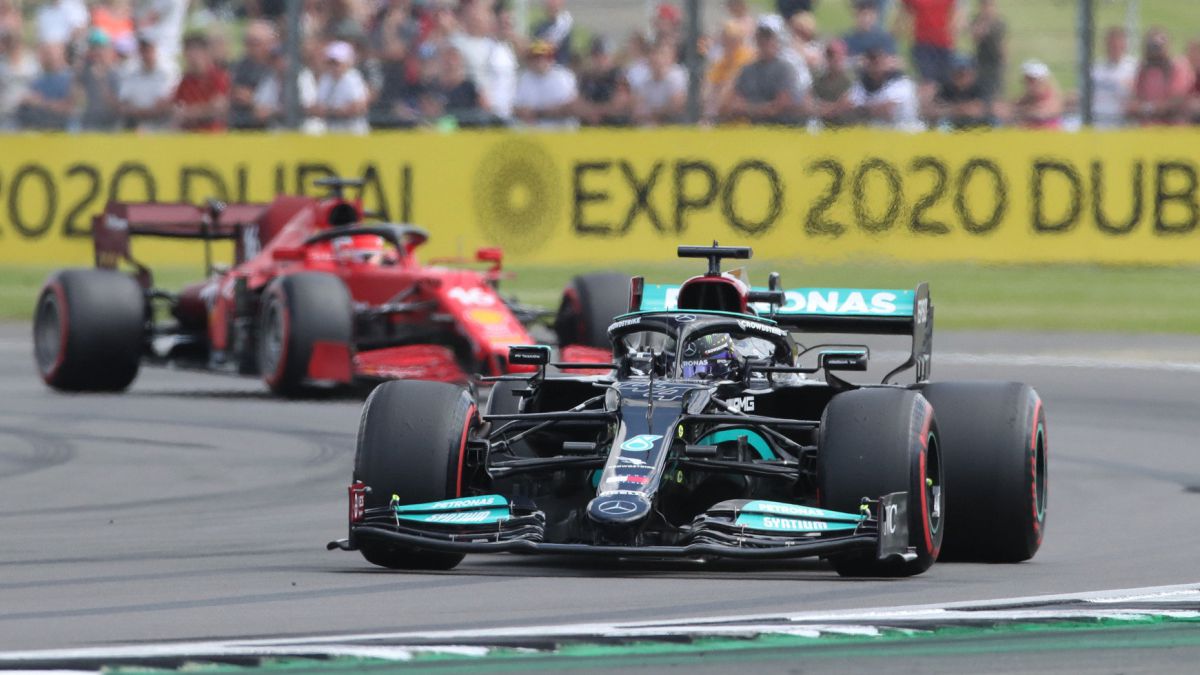 It would be because of the improvements that Mercedes brings, the unquestionable talent of the driver or the real breath, because there were hard

It would be because of the improvements that Mercedes brings, the unquestionable talent of the driver or the real breath, because there were hardly any masks involved, on the part of the 80,000 English fans that populated the Silverstone countryside on a Friday afternoon. But Hamilton pulled out of his sleeve a masterful lap in Q3 and signed the pole, the pre-pole, or whatever it is called, when everyone expected another hammer blow from Verstappen. The Dutchman was scared in the morning with seven tenths of advantage in the only previous practice, but the champion re-emerged, climbing the walls and skidding as if he were driving a WRC. He came back on time, he has not won from Spain (in May), and will start first in the race at this Saturday’s sprint, the experiment that will configure the Sunday grid.

“I felt the energy of the people, as well as the good work of the team”, settled Sir Lewis, without voice, acclaimed by a demanding fan, but delivered. The Briton beat an erratic Max by 75 thousandths, punished by the understeer of his Red Bull, uncomfortable with a front wing that perhaps his engineers configured thinking about the two races ahead. All in all, he comes second and this Friday classification does not even have a classification rank, properly speaking, before the ‘F1 Sprint’ that has generated so much expectation for this Saturday, almost more than the official grand prix that will be held on Sunday at the Towcester circuit.

Bottas and a brilliant Leclerc will complete the second row, ahead of Checo, of a test with mixed feelings for all the drivers: You have to take risks to gain positions because after 17 laps everything will be over. But without overdoing it, because there are hardly any points at stake (three, two and one for the members of an unofficial ‘podium’) and a withdrawal will imply finishing last in the race that does count. There will not even be strategies, they will be medium tires for everyone and to launch the sprint, with train or without it, to earn a good position on the final grid. In the absence of Cavendish, a regular of the hospitality of F1 in another time, here, for now, commands Hamilton.

He could come out heads for the Spanish drivers, who stood out in Q1, but tails came out. Carlos Sainz signed the ninth half, he lacked a tenth and a half to dream of a top-5 that was possible at Silverstone. At Ferrari they fear that the car will eat up the front tires in the high-speed sections. The Madrilenian will have to run with head, perhaps the short race will make SF21 long if the ‘graining’ makes an appearance. But on one lap, that car always delivers and his teammate was faster than the McLarens who fought for pole just two weeks ago at the Red Bull Ring.

As for Alonso, stayed out of the top-10 by 25 thousandths and without the consolation of choosing Pirelli, because everyone is free to choose the compound on Saturday and Sunday. The Spaniard was choked on Q2 in the last attempt, very even (two tenths between the sixth and the 13th), which raised George Russell again with the Williams. The stands thundered at Silverstone as the Englishman crossed the line and saved the cut that eliminated the two-time Spanish champion, eleventh on the grid (ahead of Ocon), and was on his feet again when the young Briton scored an eighth in Q3. If Toto Wolff was waiting for the right time to give him his Mercedes replacing Bottas, that was it.

Loading...
Newer Post
Has not lost a position since joining F1
Older Post
Amanda Serrano aims to achieve a gold medal in boxing for Puerto Rico