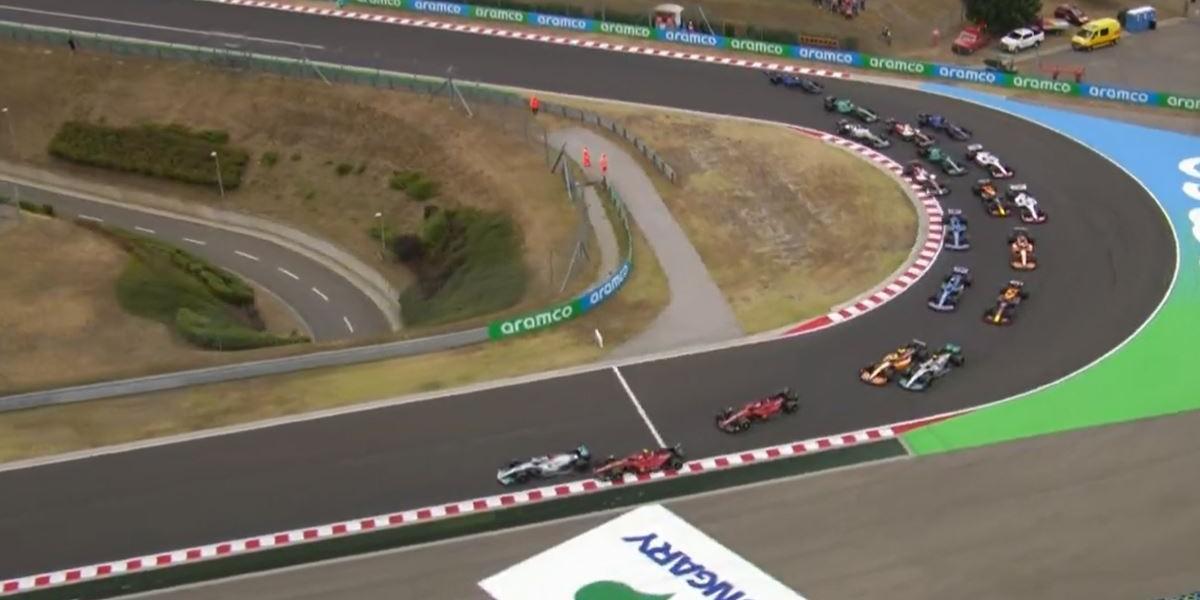 Carlos Sainz had a difficult starting ballot in the Hungarian GP. From second position, starting with the middle tire just like his teammate Leclerc (3rd), he had to defend himself against the Monegasque and in turn try to attack the ‘poleman’ George Russell.

The Young Englishman Mercedes mounted the soft starting rubber to prevent the ferrari They passed him at the start, and he was able to get it despite the good attack he launched Carlos. The Spaniard came out well, defended his second place and attacked george on the outside of Turn 1. However, running on a harder and colder tire from the start, he was unable to pass the Briton in traction.

For its part, Fernando Alonso lost a position at the start, dropping to seventh place, affected by going inside, having to brake in the presence of Stephen Ocon. The Spaniard defended himself against the attacks of Verstappen, which was one of the best ones, moving from tenth to eighth position. Finally, on lap 4 the Dutchman passed the Spaniard and on the next lap Pérez would do the same, relegating Fernando to ninth position.

One of the great protagonists in the first meters was Hamilton, who with a great start on the outside gained two positions and placed 5th. He almost passed Norris on the outside of Turn 1, but Lando, on soft rubber, had better traction.

All the images of the Aston Martin AMR22, the F1 of 2022
“I’ve been many seasons already”: Max Verstappen paralyzed Formula 1 with his possible retirement
Formula 1 Championship standings and standings
FORMULA 1 1980