There is no doubt that F1 Manager 22 It is one of the surprises of the year. Incredible graphics for a sports management game, a more than intere

There is no doubt that F1 Manager 22 It is one of the surprises of the year. Incredible graphics for a sports management game, a more than interesting depth without neglecting accessibility and an effort at the level of licenses never seen before; there is no doubt that it makes perfect sense that the Formula 1 fan community is obsessed with the Frontier title.

However, and despite the fact that it is quite accessible, it is more than possible that you may not find it so easy to go from traditional flyers to making decisions in offices. For this reason, we bring you a guide with a few tips and tricks so that the start in your team will not be as complicated as it seems from the outside.

Unless you choose Ferrari or Red Bull, you are probably not in a position to fight for the drivers’ or constructors’ championship. They are monsters with a lot of money, facilities and personnel of the highest level. This makes it unfeasible to beat them with an immediate investment in a new wing, or a flashy new signing. Thus, we recommend that you start thinking in the long term:

Prepare the races in the best way

You will soon realize that F1 Manager is the sum of two parts: management off the tarmac… and management on it. The second case is a bit more complicated, because it will ask you to make decisions before the races and classifications, as well as in between them, with the additional pressure that this implies. However, don’t be afraid to make mistakes and learn from them. We give you some keys:

Risk at the beginning 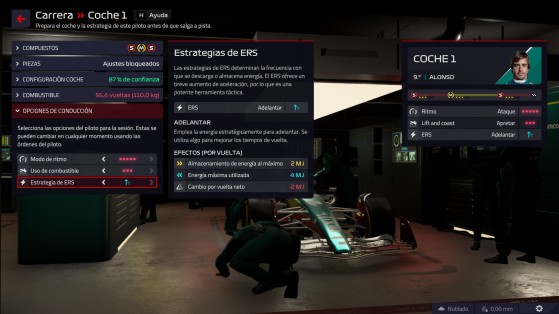 It is often said that the first laps are the most decisive in Formula 1. Unlike Moto GP, it is much more difficult to overtake, so you have to take advantage when you are really close to your rivals: at the start and in the first few laps.

In order not to waste time stopping the race after the first minutes of the start, we recommend that you do the following on the strategy and preparation screen: use maximum tires, consume maximum gas and put the ERS in overtaking mode. In this way, you ensure a good start, or at least give it your all.

And don’t be afraid. Even if you are told that you are going to run out of fuel, or that the tires are wearing out, there is always time for moderation. In the first laps, the DRS is activated, the movement of the rear wing, which will allow you to save a few liters during the many laps you will do, just as you can take advantage of the safety cars to take care of the tires or load the ERS.

Invest in the future 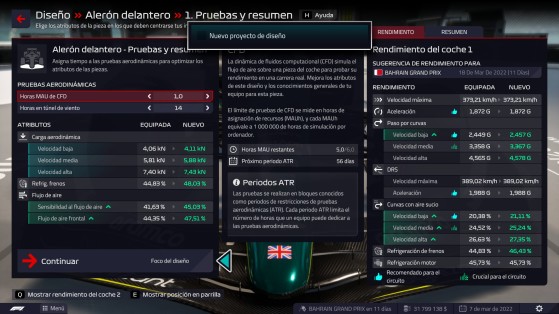 Formula 1, fast-paced as it may seem, is a long-term career. Several votes on the rule changes will be arriving in your mail soon. This is important, because each season there will be pieces that become obsolete, and that allow tabula rasa to all teams. In this way, it seeks to increase equality between the teams.

If you are a team from the lower zone, always bet on the changes that benefit you, such as the most drastic aerodynamic adjustments, or changes in the score that do not benefit those on the podium. It may seem silly, but this will allow you to make a bigger leap with the next season.

By the way, once the new rules are closed, you will be able to research the new parts. We recommend you investigate each part (wings, pontoons, chassis, suspension…) at least oncebecause the first time you do it, you will greatly improve the performance of the next car, as well as the first new part designed during the next season. 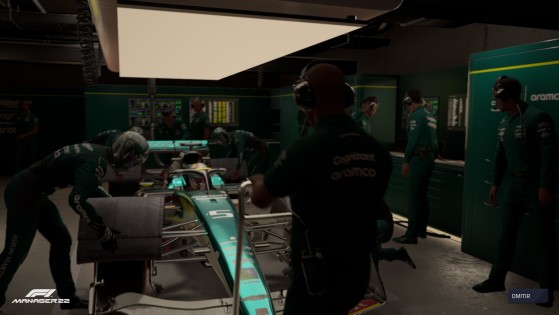 For a few years now, Formula 1 has been one of the fastest growing sports on the planet. The reason? Enhance what you already have. Just what F1 Manager does.

“We must find environmental solutions for Formula 1”
F1 2022: The harsh confession of Verstappen’s mother: “After Abu Dhabi, I was absolutely finished”
Shocking fire in a Formula 1 team
FORMULA 1 2344

Loading...
Newer Post
Don’t give up on anyone, this is football
Older Post
MotoGP – San Marino GP 2022: “Bagnaia is out of the series at the level of Quartararo”