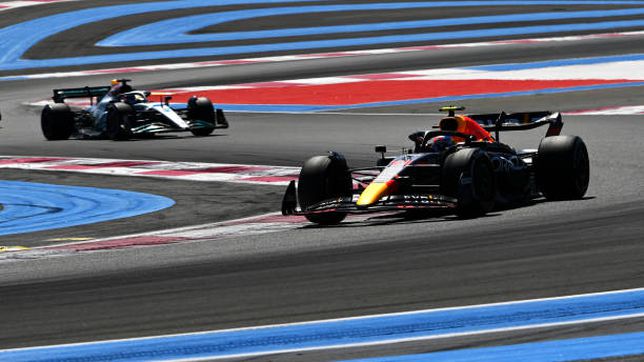 George Russell overtaking Sergio Pérez at the start of the 'Virtual Safety Car' continues to bring tail. Confusion after it was twice indicated th

George Russell overtaking Sergio Pérez at the start of the ‘Virtual Safety Car’ continues to bring tail. Confusion after it was twice indicated that the VSC period was ending saw the Mercedes driver overtake the Mexican after several lurking laps.

Race Direction later admitted it was all down to a software bug, but that didn’t stop Helmut Marko from talking about it after the French GP. “Checo fell asleep at the exit. Maybe last night he was drinking tequila,” the Austrian told Servus TV.

For his part, the Mexican driver stated that “it seemed that Russell had other information, which allowed him to prepare better” and that “it was a difficult afternoon”, while Horner will ask the FIA ​​for explanations. The VSC allowed Mercedes to take their first double podium of the season and move just ten points behind the Ferrari team in the constructors’ championship.

Regarding the race, the Red Bull adviser acknowledged that the race had surprises, both positive and negative: “Max’s tires held up better than expected, but we also believed that overtaking was going to be easier. He could be seen with us, Ferrari and Mercedes”.

The one who did praise Helmut Marko was Carlos Sainz after his return in Q2, in which he took more than nine tenths from Max Verstappen. “Sainz did a stratospheric lap. We were almost a second away. If they are able to do those times regularly, we should be worried”, said the Austrian.

F1 race in Bahrain: results, summary and reactions of Alonso and Sainz in Sakhir
F1: Hamilton gave signs of life on Instagram, after a month and a half of silence
F1 | The latest evolution of the Honda engine has a trick
FORMULA 1 1941